In September, UFC partnered with ESPN to launch its first-ever celebration of Hispanic Heritage Month. As part of the campaign, UFC also made a $10,000 contribution to The Hispanic Scholarship Fund, a national non-profit organization that provides scholarships to Latino students, as well as related support services.

UFC commemorated Hispanic Heritage Month by acknowledging UFC athletes and fans who represent U.S. Hispanic and Latin American communities, as well as other Spanish-speaking countries around the world through its “ONE VOICE, MANY STORIES” campaign.

The campaign served as the collective message used to amplify and celebrate the month. Through this campaign, UFC was able to highlight the personal stories of Hispanic and Latino fighters, past and present, and their positive impact on UFC. The campaign also showcased how Hispanic and Latino culture has played a significant role in UFC, the sport of mixed martial arts and combat sports.

UFC produced five events during Hispanic Heritage Month, three of which were headlined or co-headlined by UFC athletes of Hispanic / Latino heritage. 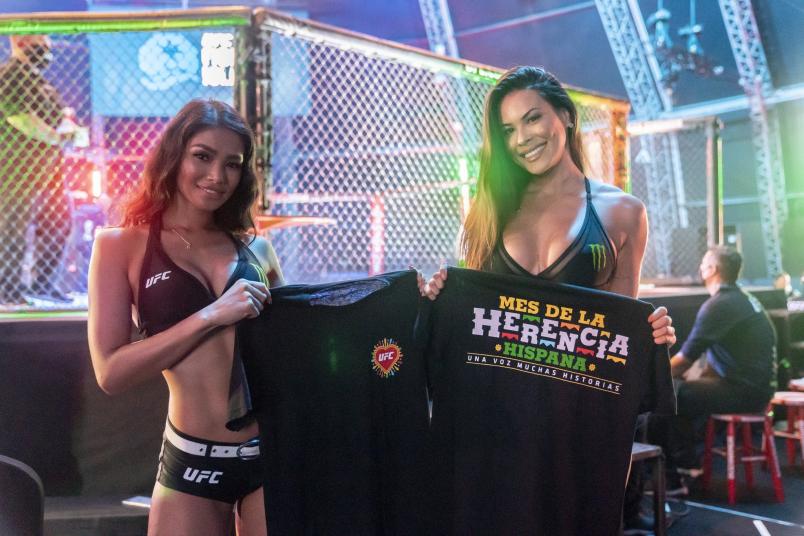 UFC also produced UFC Ultimate Knockouts: Hispanic Heritage Month, a four-part special featuring some of the biggest Latino names in MMA, which kicked off ESPN’s HHM programming and was available on ESPN+ for the entire month.