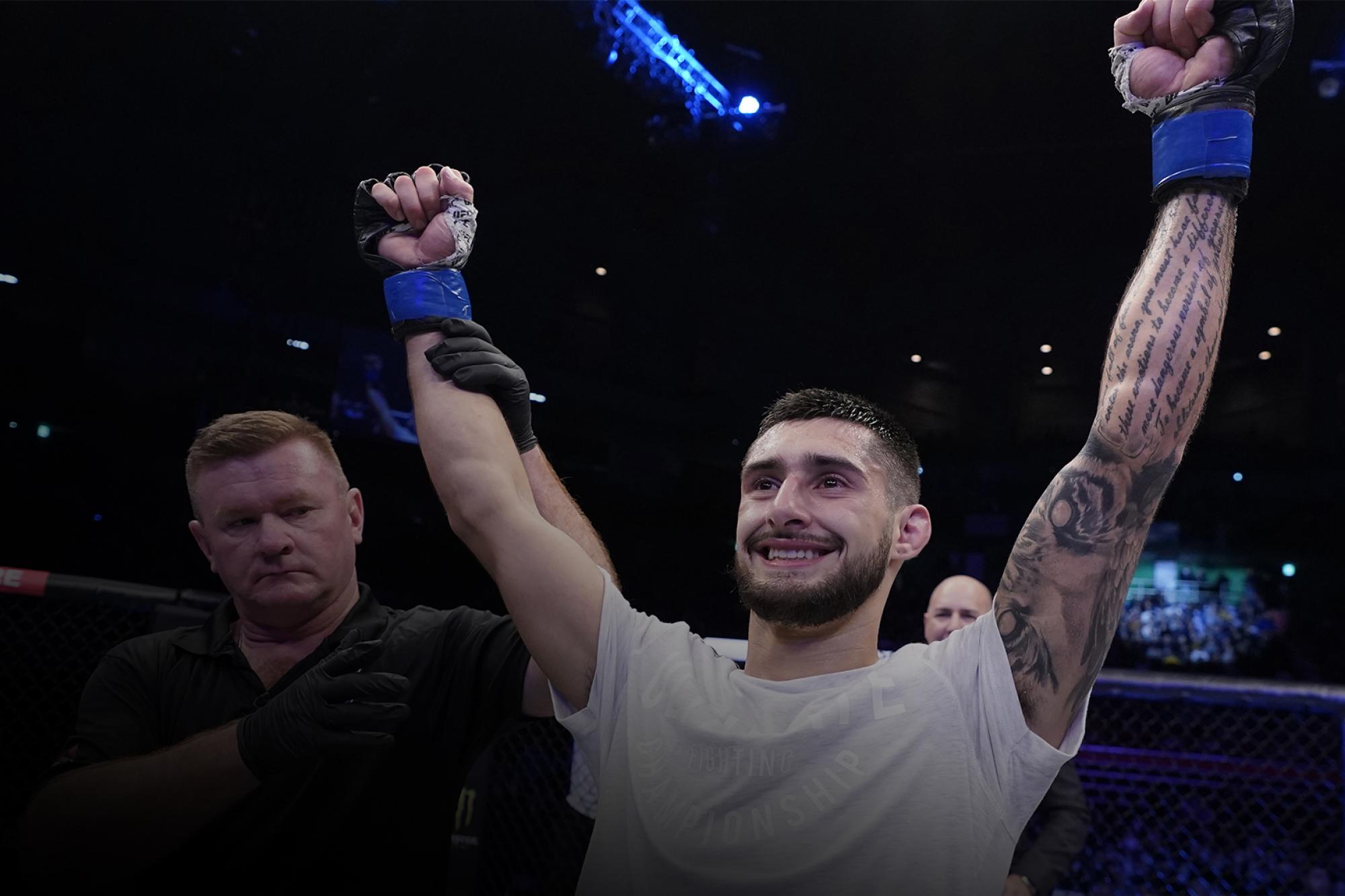 Talking points and bonus coverage from UFC Busan
By Steve Latrell, on Twitter: @TheUFSteve • Dec. 22, 2019
Performances of the Night
The Korean Zombie

Wherever The Korean Zombie goes, performance bonuses and UFC records usually follow and his homecoming bout at Busan’s Sajik Arena was certainly no exception.

To the thrill of the 10,651 fans in attendance, Jung put on a fireworks show that was as fierce as it was brief. Needing just three minutes and 18 seconds to TKO Frankie Edgar, Zombie ensured that his first fight in his native land in over a decade was worth the wait.

With the win, The Korean Zombie now owns the third most finishes in the featherweight division (6), and moves to second place all-time in the number of performance bonuses (9).

“It did give me a lot of pressure to fight at home. I’m really happy with the result tonight and I’m glad I could put on a show for the fans. I’m really thankful that so many people showed up today to support me and let’s do it again, this time in Seoul!”

The future of Alexandre Pantoja continues to be bright. With a perfectly-placed, one-punch KO of Matt Schnell, he tied Deiveson Figueiredo for most flyweight wins since 2017, which incidentally is the year he debuted with the UFC. The knockout also ties Figueirdo for the fourth most finishes in the division.

“I think that I’m the next in line for the title,” he said. “I’ve shown it many times. I really hope Deiveson wins and we are able to run it back, this time for the title.”

Despite being out of the Octagon for nearly two years, Dooho Choi exhibited nothing that looked like ring rust in his return, and in fact looked to be cruising to an easy victory against Canadian Charles Jourdain.

But Jourdain valiantly continued to throw his jab, dropping Choi to end the first round. Seemingly emboldened by that punch, Jourdain kept his attack coming in the second, and guaranteed the bout wouldn’t need a third.

Backstage, Jourdain reflected on how he dug deep to continue in a fight that seemed destined to go the other way.

“I was like ‘Ok, it’s going bad for me.’ Those moments where you forget what happened two or three seconds ago? That was the first time it happened to me. I fought through adversity. That’s something I never knew I had inside me. You never know if you have it until you face this much adversity and power.”

Light heavyweight Da-un Jung might not have been on a ton of people’s radar outside of his native South Korea, but that is likely to change. In his second UFC appearance, Jung needed only 64 seconds to KO Mike Rodriguez; the 12th time in 13 professional fights that he has finished his opponent.

More than two years removed from her last Octagon appearance, Amanda Lemos made an emphatic statement in her return, submitting the previously undefeated Miranda Granger in the first round of their prelim battle.