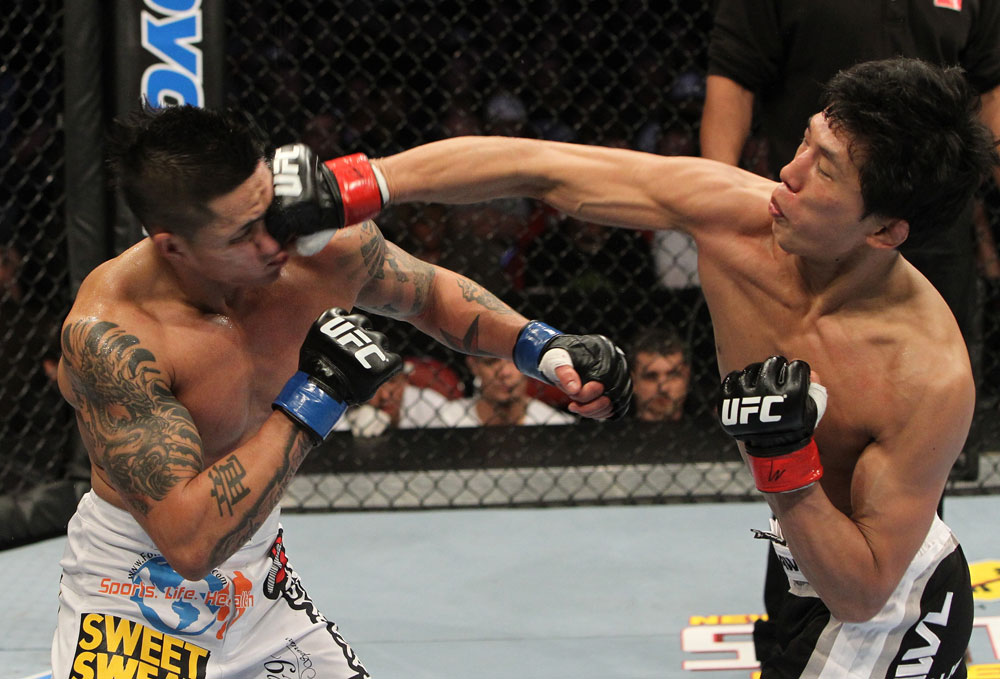 The upcoming UFC Fight Night card in Australia will have a few unknown names scattered on the undercard mixed with a brew of crafty veterans, but when it's all stirred together it makes for an exciting mix of talent for the preliminary bouts.

Leading the way on the undercard is a women's bantamweight fight featuring one of the true pioneers of the division, Julie Kedzie, taking on UFC newcomer and Brazilian prospect Bethe Correia.

Top ten-ranked bantamweight Takeya Mizugaki, fresh off his win over Erik Perez earlier this year, will take on Ultimate Fighter alum Nam Phan, who makes his debut at 135 pounds after spending his UFC career fighting at featherweight.

In today's fantasy preview we will break down the preliminary card for the UFC Fight Night show in Australia and get to know some of the young talent debuting, as well as the veterans who hope to make an impact with a win in the land down under.

The featured bout on the preliminary card will showcase veteran fighter Julie Kedzie, who is looking to get her first win in the UFC, against newcomer Bethe Correia.  For those of you that don't know much about Correia, don't feel too bad - the 30-year-old Brazilian prospect made her name primarily competing in her home country while training under the “Pitbull” brothers, Patricio 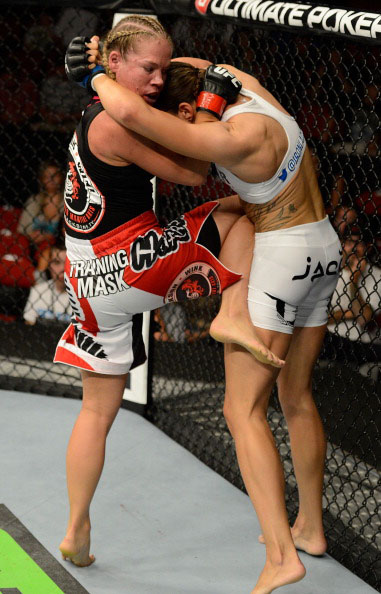 and Patricky Freire (in case you were curious, her nickname is also Pitbull).

Correia is a control fighter - she likes to set the pace both on the feet and on the ground and doesn't typically take a lot of chances, thus her five decision wins in six fights.  Her style could give Kedzie problems because in a couple of fights when she's faced opponents able to impose their will on her, she struggles to get loose and open up her offense.  It happened to Kedzie when she faced Alexis Davis and also in her last bout against Germaine De Randamie.

Still, Kedzie's experience really is the difference in this fight.  She's been to the big show now and has seen the bright lights, and sheshouldn't get rattled even if Correia decides to try and slow the pace of this bout down to a crawl.  Kedzie has a dangerous ground game,  knockout power on the feet if she can unleash her best strikes, and despite the fact that Correia typically hasn't been drawn into a slugfest in the past, that doesn't mean it won't happen to her this time.  Look for Kedzie to engage early and often and force Correia to start firing back or she'll be backpedaling looking for an escape. Neither fighter is known as a prolific finisher, so it's likely the judges will get to weigh in on this one, but Kedzie should get the job done to pick up the victory.

Expect an angry performance out of Takeya Mizugaki when he faces Nam Phan at UFC Fight Night in Australia because the veteran Japanese bantamweight was gunning for a top ten opponent following his third straight win, but instead he was handed a newcomer to the division fighting off a loss.  Mizugaki's ire aside, he still has to be careful because Phan is a crafty opponent capable of creating difficult situations inside the Octagon.

On paper, however, this is Mizugaki's fight to prove he belongs on the main card against the top 135-pound fighters in the sport.  When examining his record, Mizugaki feasts on non-top ten opponents, and always has throughout his career.  He's a volume striker who lands at distance with 2.91 strikes per minute, and when he decides to use his takedowns he's accurate there as well, hitting at just over 74-percent accuracy.

Phan is a tough customer and he will be there for every minute of all three rounds so Mizugaki will have to stay busy the entire time to get a win, but he should be able to mount his offense, based around a continued barrage of strikes, and maybe even a few takedowns, to secure the unanimous decision victory.

Former Ultimate Fighter competitor Nick Ring will look to bounce back after a loss in his last fight and a nine month layoff after dropping a close decision to Chris Camozzi back in March.  Ring has actually fought in Australia before, when he traveled there to take on Riki Fukuda in 2011, so the long travel shouldn't affect him as much as some who will be making their first trip there this time around. 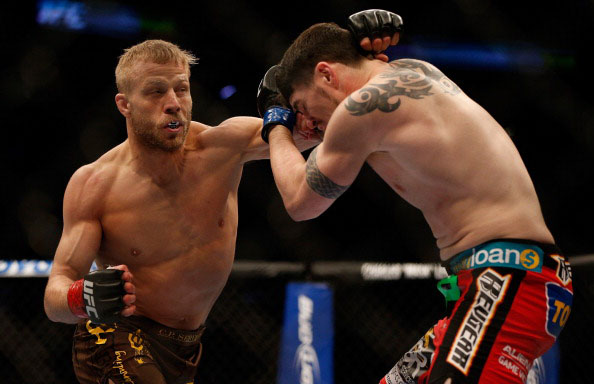 On the feet, Ring is a formidable opponent for Magalhaes, where he hits with great volume, landing 3.83 strikes per minute with just over 42 percent accuracy.  Ring doesn't have a bad ground game, but he prefers a kickboxing attack with a strong jab, straight punches and long, rangy kicks.  Magalhaes is a bit more of an enigma with how he engages his offense, only having two fights in the UFC thus far, but he has shown a strong ground game with his submission win over Karlos Vemola in his last fight.

The problem Magalhaes has going into this fight is that he only lands takedowns with 17.65 percent accuracy rate, and while Ring's wrestling isn't the best in the sport, he's good enough to shrug off that kind of grappling and keep the fight standing.  Ring will keep Magalhaes at a distance and potshot him with punches and kicks to test the Brazilian's fortitude early.  If Ring gets the idea that Magalhaes has given up on the takedown, he'll be able to open up his arsenal a bit more and look for a finish.  If Magalhaes stays reserved, Ring should still get the win, but it might have to go to the judges for the decision.

There are always going to be a couple of high value rookies to keep an eye on during the preliminary fights and this time around it's a new flyweight by the name of Justin “Tank” Scoggins.  This new addition to the 125-pound weight class will remind you a lot of karate prodigy Stephen “Wonderboy” Thompson with his sideways stance and ability to throw kicks from a million different angles.

Scoggins is a creative striker like no one else in the division, and he brings a little bit of flash and flare into all of his fights.  He's also developed a nasty clinch game where he can unload knees and elbows with hellish fury.  Scoggins isn't as proven on the ground, but he does have some wrestling to fall back on should he need it, although given his tendencies in the past, it's the knockout that he's looking to land.

Richie Vaculik won't just be a sacrificial lamb and he will definitely give Scoggins a tough fight. With a home country crowd behind him, Vaculik won't have to go through the travel woes many of the foreign fighters will undergo, and he's got the kind of submission game that could be the perfect answer to his opponent's cobra-like striking attack.

Assuming the moment doesn't overwhelm him, however, Scoggins is the one to watch this time around.  He's fast, he's accurate and he's not afraid to go after an opponent to make the fight go his way.  Expect Scoggins to start off slow, but as soon as Vaculik gives him an opening, he will fire off shots like a machine gun, and from there it's only a matter of time before he lands the knockout shot and possibly a nice bonus check for his first UFC fight.