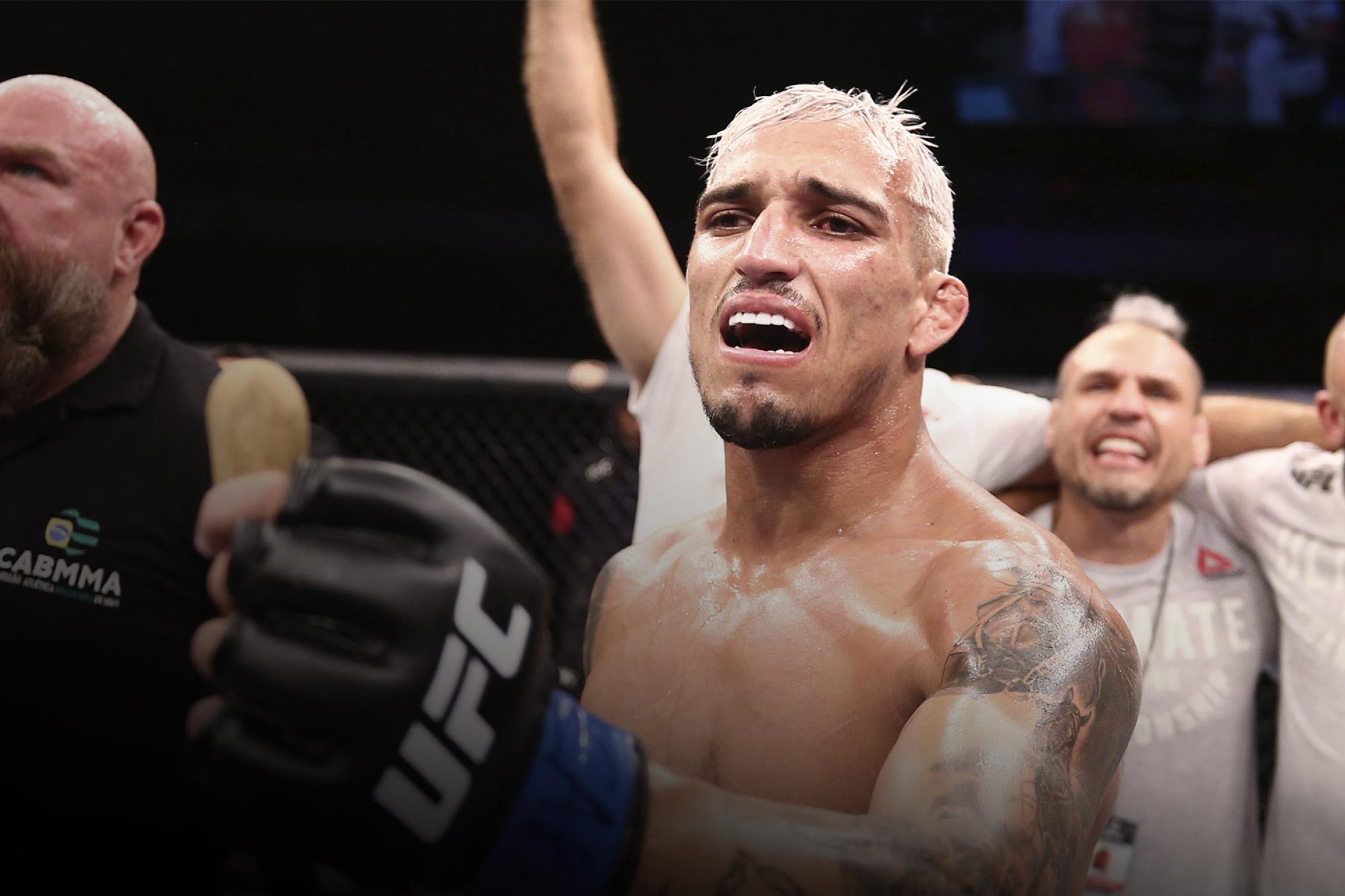 The lightweight division has long been considered one of the most stacked in the UFC. Khabib, Ferguson, McGregor, Cowboy, Poirier, Gaethje – the list of high-profile athletes is deep. Charles Oliveira deserves to be in that mix.

Oliveira’s submission win over Kevin Lee on Saturday continued one of the most impressive streaks in all the UFC. Oliveira has now won seven consecutive fights. All have been finishes and six were worthy of performance bonuses. He’s now second all-time in post-fight bonuses (Cowboy 18, Oliveira 16).

Yet despite his recent success, Oliveira sits at No. 13 among lightweights. His win over 8th-ranked Kevin Lee is sure to rectify that.

Gilbert Burns added another UFC veteran to his list of recent victories. Burns survived a scramble with the legendary jiu-jitsu king, Demian Maia, and was able to finish Maia midway through the opening round.

The win gives Burns his fifth win in a row in what is perhaps the biggest victory of his career. Burns accomplished what other current welterweight elites have not been able to against Maia – finish him. In 38 professional fights - most of which have come against the best the UFC has to offer at 170 and 185 pounds - Maia has been finished just once prior to Sunday and it came more than 10 years ago (Nate Marquardt KOd Maia at UFC 102 in 2009).

Burns has his sights set on an even bigger target now.

“I believe that I have now entered the top 5 of the category. I want to face Colby Covington. He came to Sao Paulo, said a lot of bad things. I was a lightweight at the time, I couldn't talk about it. But now I am a welterweight and I want to face him anywhere.”

FIGHT OF THE NIGHT
Mayra Bueno vs. Maryna Moroz

Maryna Moroz earned her first performance bonus since her UFC debut nearly five years ago. Moroz stormed into the UFC with an armbar finish against Joanna Calderwood (now the 3rd-ranked flyweight). She hasn’t finished an opponent since, but her back-and-forth affair with Bueno was more than enough to earn a bonus.

Moroz nearly earned a stoppage in round two and then survived an onslaught from Bueno in the final round. Bloody forehead and all, Moroz never stopped throwing. And her performance in rounds one and two were enough to get the victory.