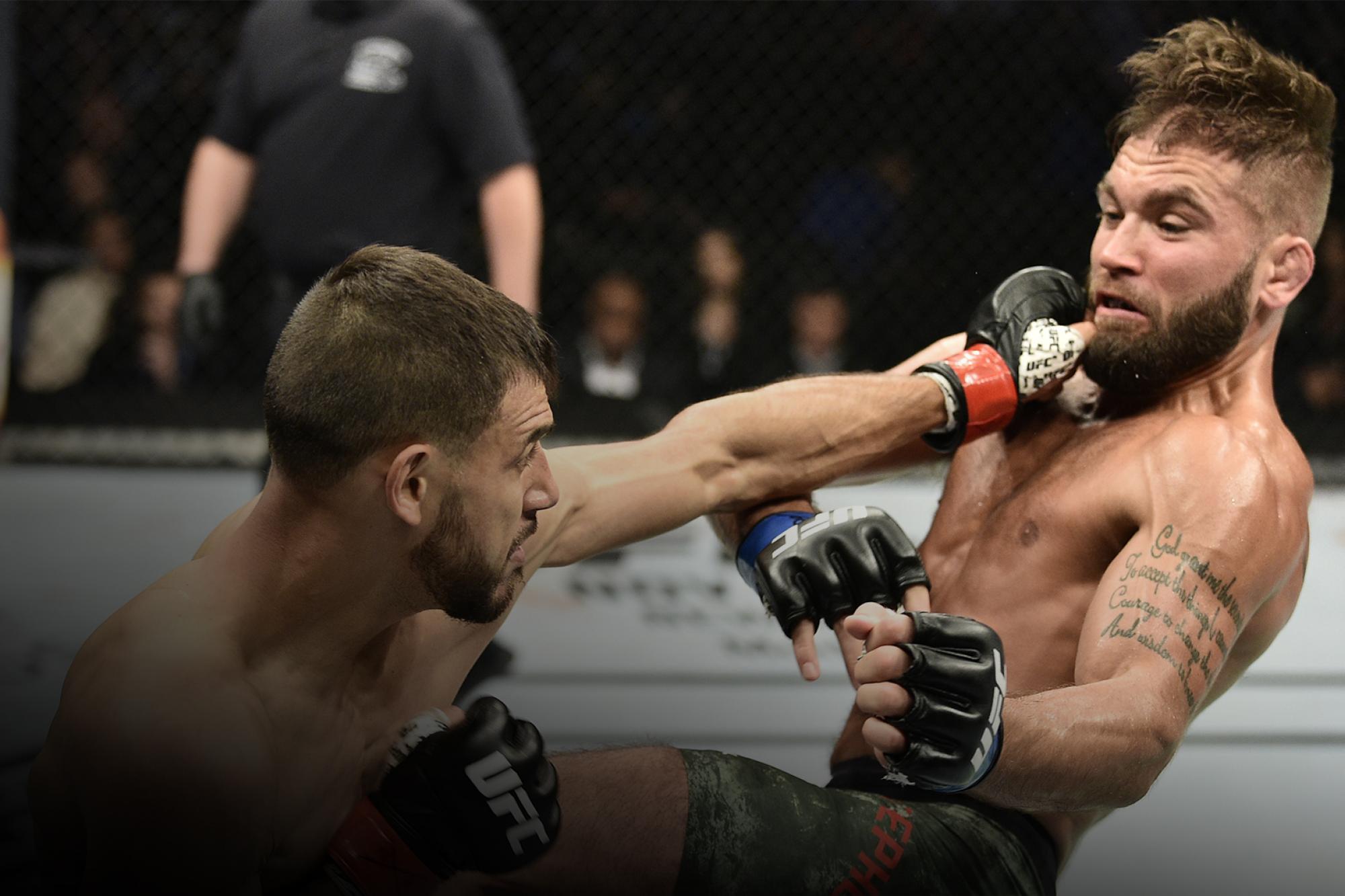 Oh, what could have been. The three-round co-main event between Yair Rodriguez and Jeremy Stephens delivered plenty of highlights and a near-finish, and afterward, many people expressed they wanted to see 10 more minutes.

Rodriguez opened things up with a flying head kick that connected, and it was all-action from there. Both fighters were swinging with bad intentions, and Rodriguez had plenty of success finding his distance and attacking with a variety of kicks. Stephens was aggressive when he backed his opponent against the cage but never really connected. At the end of the round, the bad blood between the two was apparent.

The second round is when Rodriguez pressed his advantage. He hit Stephens hard with a body kick and threw everything he had trying to finish the fight. Somehow, Stephens survived a furious onslaught and cleared his head enough to get back to his feet. Stephens searched for his own big moment but was unable to find a home for his shots. Stephens controlled much of the third round, but Rodriguez was never in trouble. In the end, the fighters showed plenty of mutual respect, and Rodriguez notched a unanimous decision.

That’s how you stake your claim at a title shot. In his first UFC main event, Reyes got back to what made him such a hot prospect coming up: first-round finishes.

After stuffing an early shot from light heavyweight debutant Chris Weidman, Reyes planted his feet, slipped a punch and dropped Weidman with a straight left hand. While the former middleweight champion tried to fend off Reyes, “The Devastator” slipped Weidman’s guard and finished the fight with hammerfists.

The top of the light heavyweight division is crowded, with Jon Jones as its clear king, but Reyes certainly made the statement he needed to in Boston.

What’s rust, anyway? After more than two years since his last fight, Charles Rosa reminded people he has some of the slickest jiu-jitsu in the division. Manny Bermudez stacked Rosa against the fence for most of the first round and sought to connect with strikes from there, but Rosa dug for a submission from the bottom a few times. Finally, Rosa found an arm, threw his legs over Bermudez and got the submission in front of a friendly crowd.