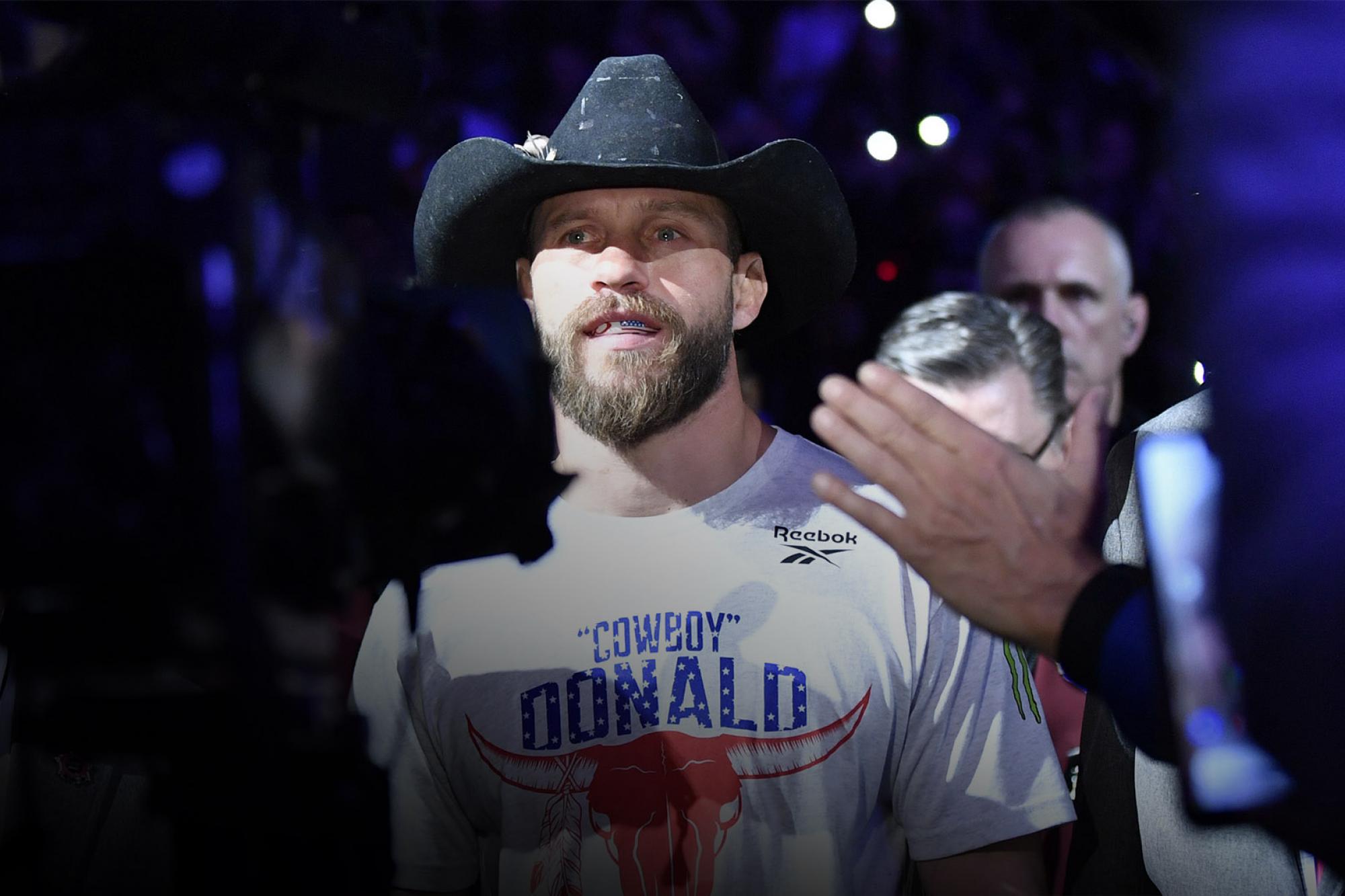 The Best Of The Bonuses

A highlight and recap of the bonus performances in UFC history.
By By Jon Gagnon • Mar. 25, 2020

A championship fight, a main event or a matchup with graphics displaying a ranking next to each fighter – those are the clues a fan may take when assessing their interest in an upcoming fight.

Of course, the diehard fans know there is much more to it. Often, the early prelims – featuring fighters swinging for the fences who know this may be their only chance to make a name for themselves – are just as good of a show as the high-profile fights highlighting the main card. But aside from some of the narratives that draw fans to tune in to the card’s later fights, there’s one statistic that holds no biases: performance bonuses.

UFC Brasilia, the Octagon’s most recent event, was a prime example. How many fans knew before the event that one-half of its main event is ranked second all-time in UFC performance bonuses?

That’s right, Charles Oliveira, a 10-year UFC veteran at 30 years old who has yet to fight for a title, has more bonuses (16, Donald Cerrone has 18) than Conor McGregor, Anderson Silva, Jon Jones and all the other UFC superstars.

Guess how UFC Brasilia concluded? Another Oliveira finish (his seventh in a row) and another performance bonus. If a must-watch label were ever to be used, it should be on scenarios like that.

So, the next time you’re eyeing a fight card for some can’t-miss matchups, look at the fighter’s history of bonuses. In the meantime, here are some interesting facts on the history of the awards. 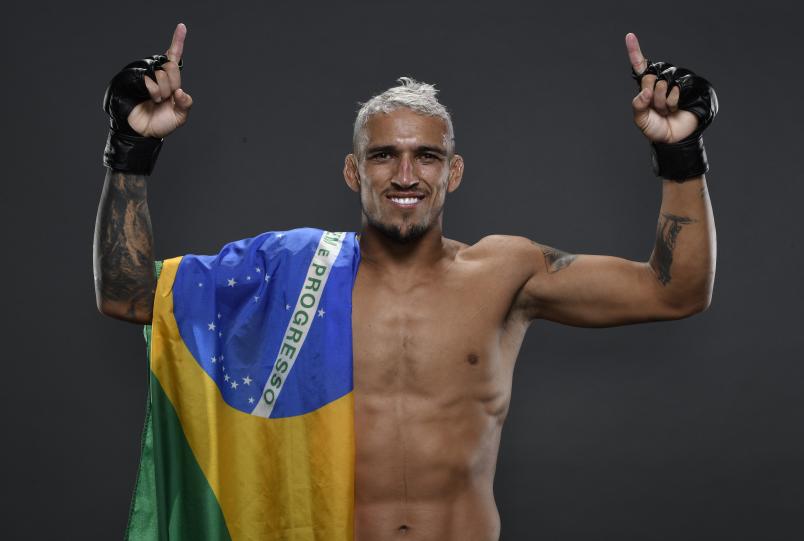 BRASILIA, BRAZIL - MARCH 14: Charles Oliveira of Brazil poses for a portrait backstage after his victory during the UFC Fight Night event on March 14, 2020 in Brasilia, Brazil. (Photo by Mike Roach/Zuffa LLC via Getty Images)

BMFers
Though he didn’t get a chance to fight for the BMF belt, there’s no one who personifies the BMF narrative more than Cowboy Cerrone. He even owns a training camp called the “BMF Ranch.” Cowboy owns more than a few UFC records, and all-time performance bonus leader is one of the highlights. The challenger for the BMF belt, Nate Diaz, isn’t far behind him, as he ranks third in all-time bonuses with 15.

Lightweight Dominance
Of the Top 17 all-time performance bonus winners, 12 are current or former 155-pounders. There must be something in the water in the lightweight division, and, to this day, it is often considered the most stacked weight class in the UFC. 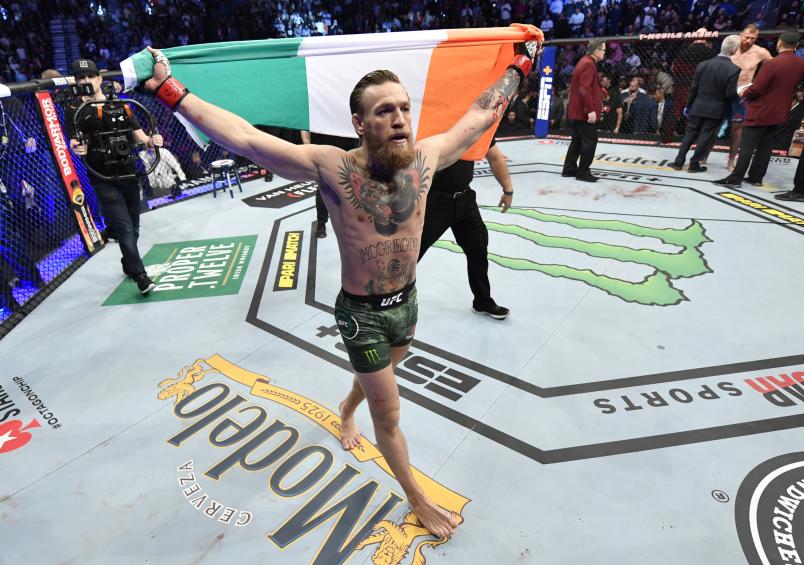 LAS VEGAS, NEVADA - JANUARY 18: Conor McGregor of Ireland celebrates after knocking out Donald Cerrone in their welterweight fight during the UFC 246 event at T-Mobile Arena on January 18, 2020 in Las Vegas, Nevada. (Photo by Jeff Bottari/Zuffa LLC)

Currently Active
Of the 29 fighters with eight or more bonuses, only two haven’t fought within the last year: Anthony Johnson and Chris Lytle. Johnson has been rumored to return to the Octagon – having last fought against Daniel Cormier for the light heavyweight belt in 2017. Lytle’s last time in the Octagon was nearly nine years ago, a win over Dan Hardy, and “Lights Out” won five of his last six fights before retiring from MMA.

Rowdy Ronda
With seven bonuses, Ronda Rousey is the all-time leader among the ladies of the UFC, and she achieved it in just three years of activity in the Octagon. The Top 10 of female bonus leaders is stacked with current and former champs. In fact, only two fighters in the Top 10 have never donned UFC gold – Claudia Gadelha and Irene Aldana, and each have three. Amanda Nunes, widely considered the G.O.A.T., has five bonuses. 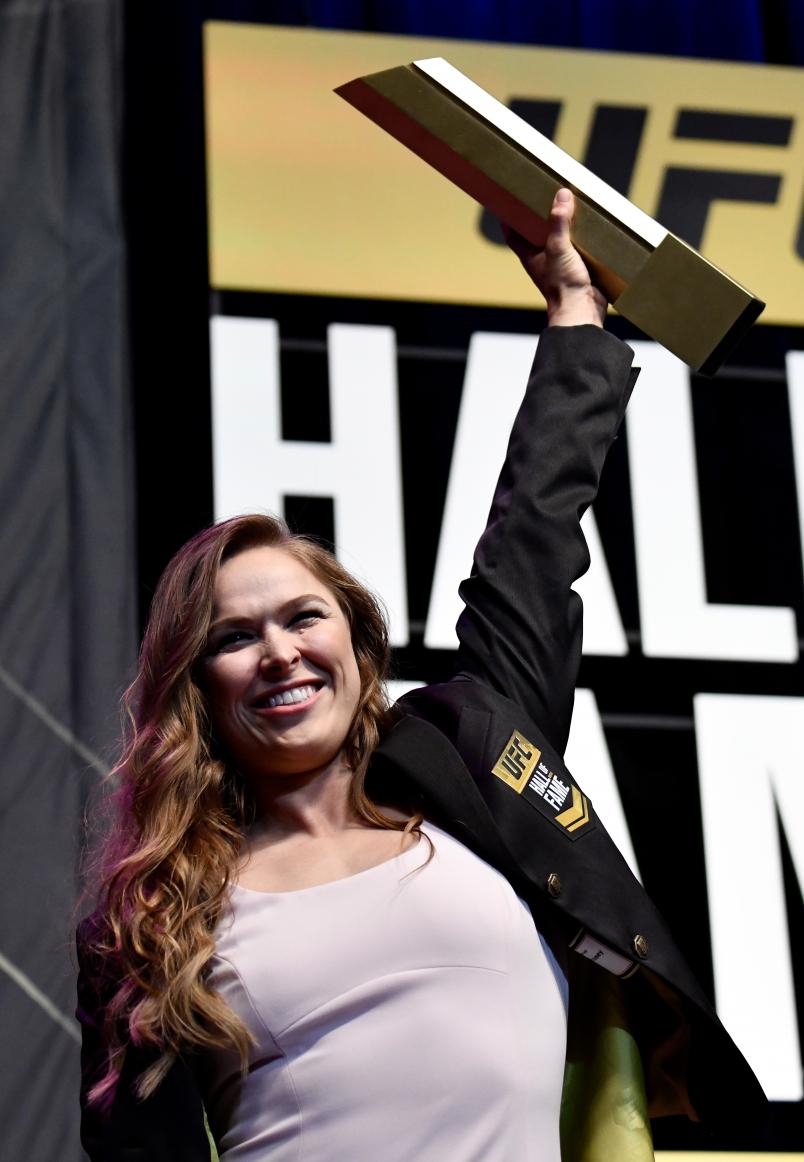 Rowdy Ronda
With seven bonuses, Ronda Rousey is the all-time leader among the ladies of the UFC, and she achieved it in just three years of activity in the Octagon. The Top 10 of female bonus leaders is stacked with current and former champs. In fact, only two fighters in the Top 10 have never donned UFC gold – Claudia Gadelha and Irene Aldana, and each have three. Amanda Nunes, widely considered the G.O.A.T., has five bonuses.

Champ Speak
Only 12 fighters have earned 10 or more bonuses. Five of those fighters have been champions: Anderson Silva has 14, and Conor McGregor, Dustin Poirier, Tony Ferguson and Frankie Edgar each have 10.

True Greatness
It would be unjust to not give mention to Anderson Silva. With 14 bonuses, Silva ranks fifth all-time. Silva is considered one of the best – if not the best – in UFC history.

2020’s Best
There have been eight events so far in 2020 and Fight of the Night has gone to the main event just once (Dan Hooker vs Paul Felder).