From the opening bout of the evening, it was already apparent it would be tough competition for performance bonuses as fight after fight ended in spectacular finishes. The Road To UFC finalists in particular stepped up and got audiences hyped for the rescheduled main event by the big men: Derrick Lewis and Serghei Spivac, while commentator Laura Sanko knocked it out of the park in her debut from the desk.

Performance Of The Night: Serghei Spivac

Some folks were surprised when Serghei Spivac opened as a heavy betting favorite in his first main event against the all-time UFC knockout leader Derrick Lewis, but he only needed only three minutes and five seconds to demonstrate why they shouldn’t have been. The Moldovan secured his third consecutive win on the strength of a game plan that never let Lewis get his bearings, dropping “The Black Beast” again and again until he was in position to secure the submission—and his first UFC performance bonus.

Performance Of The Night: Tatsuro Taira

Exemplifying the wisdom that “patience is a virtue,” Tatsuro Taira carefully waited out an extended choke hold from opponent Jesus Aguilar that began at the opening bell. Once Aguilar’s arms burned out, Taira escaped and got busy extending his undefeated winning streak in swift and decisive fashion, executing just the 10th triangle armbar finish in UFC history.

Performance Of The Night: Rinya Nakamura

Commentator John Gooden correctly noted that Rinya Nakamura was fighting “like a man possessed” just seconds before he iced Toshiomi Kazama with a clean KO that was followed by an exclamation point to the head of his opponent before the referee could step in. At a mere 33 seconds, it was the second fastest debut finish in UFC bantamweight history.

Performance Of The Night: Anshul Jubli

Just the second UFC fighter to ever hail from India, Anshul Jubli soared to victory over Jek Saragih on the strength of a relentless grappling game that found him raining down bombs from the top position in the second round. Your new lightweight winner of the Road To UFC tournament secures his UFC contract while keeping his undefeated MMA record intact.

UFC’s return to Brazil lived up to its epic expectations tenfold with beautiful, viscious performances and back-and-forth fights. The crowd in Rio de Janeiro delivered as well, and they were treated to a pair of championship fights. Brandon Moreno ended the rivalry with Deiveson Figueiredo via doctor’s stoppage while Jamahal Hill became the first fighter from Dana White’s Contender Series to earn UFC gold. 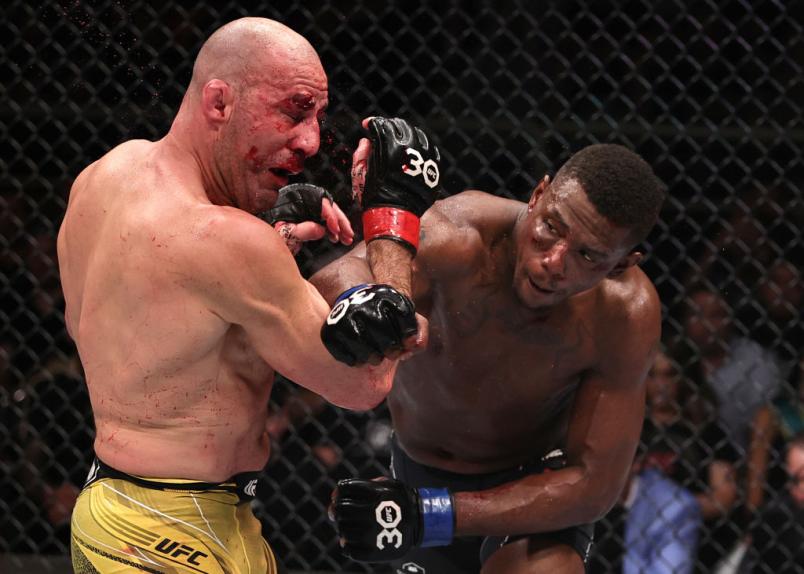 Fight Of The Night: Glover Teixeira vs Jamahal Hill

No more questions about the light heavyweight title were needed after Jamahal Hill and Glover Teixeira went to battle for 25 minutes.

The back-and-forth contest saw Hill impress with his defensive grappling, often thwarting Teixeira’s takedowns attempts and dealing damage out of both stances. Hill had plenty of success with a left high kick that rocked Teixeira on several occasions. “Sweet Dreams” threw a variety of damaging shots and opened cuts around both of the Brazilian’s eyes, but Teixeira brought his best and never seemed truly out of the fight. In the end, Hill earned the light heavyweight title via unanimous decision.

Performance Of The Night: Ismael Bonfim

In an anticipated UFC debut, Ismael Bonfim put the lightweight division on notice with a stunning knockout victory over Terrance McKinney. After a clinical but tightly contested first round, Bonfim turned it up in the second round. Showing technical prowess on the feet, Bonfim consistently seemed a step ahead, and after landing a punch to stun McKinney, Bonfim elevated for a beautiful flying knee that sent McKinney crashing to the canvas unconscious.

Performance Of The Night: Jailton Almeida

Perhaps the heavyweight prospect to watch in 2023, Jailton Almeida passed his toughest test yet with flying colors as he secured a TKO win over Shamil Abdurakhimov. At his suffocating and mauling best, Jailton Almeida controlled the majority of the contest and displayed beautifully patient ground-and-pound. In the second frame, he kept Abdurakhimov on his back, punishing him with strikes to earn another win.

UFC Fight Night: Strickland vs Imavov took place at the UFC APEX in Las Vegas, Nevada on January 14, 2023. In the main event, Sean Strickland defeated Nassourdine Imavov by unanimous decision. The co-main event lived up to the hype as Dan Ige knocked out Damon Jackson in the second round. Post-fight bonuses were awarded for performance of the night. 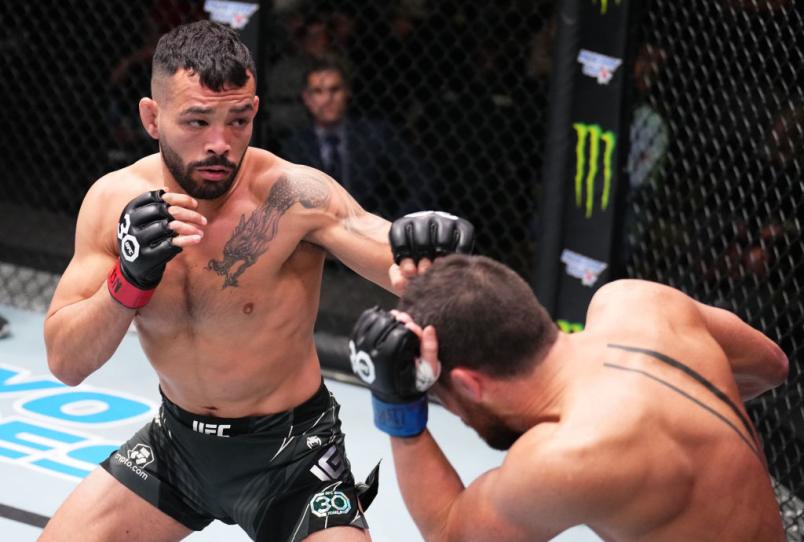 Performance Of The Night: Dan Ige

Coming off three consecutive losses, Dan Ige got back into the winner’s circle in a big way with a 2nd-round knockout win over Damon Jackson in the co-main event. Ige came out faster than usual, pressing the action and landing a variety of punches up top and to the body before scoring a takedown at the end of the first frame. The second round, he continued his powerfully methodical work, and when Jackson lept into range late into the second round, Ige found a home for a huge left hand and walked off without following up at all.

Performance Of The Night: Roman Kopylov

Roman Kopylov picked up his second consecutive knockout in the Octagon with a technically adept TKO win over Punahele Soriano in the second round. After a steady start in the first round, Kopylov started working Soriano’s body, highlighted by a spinning back kick to the Hawaiian’s body. Another body shot buckled Soriano, and Kopylov swarmed to get the stoppage.

Performance Of The Night: Umar Nurmagomedov

In perhaps his best performance yet, Umar Nurmagomedov scored his first career knockout win with a beautiful left hook against Raoni Barcelos. Nurmagomedov started out methodically, and his striking looked sharp from the southpaw stance. As the two came together, Nurmagomedov came up short on a left kick but followed quickly with a left hook that put Barcelos out cold. Nurmagomedov followed up with one more shot, but it wasn’t necessary at that point. Nurmagomedov now hopes to turn his attention to a top-15 opponent.

Performance Of The Night: Allan Nascimento

Brazil’s Allan Nascimento looked sharp against Carlos Hernandez. After a steady start, Nascimento found his way to Hernandez’s back and threatened the choke. When Hernandez stood up with Nascimento still hanging onto his back and looking for a rear naked choke, Nascimento deftly switched his grip and got the submission win midway through the first round.