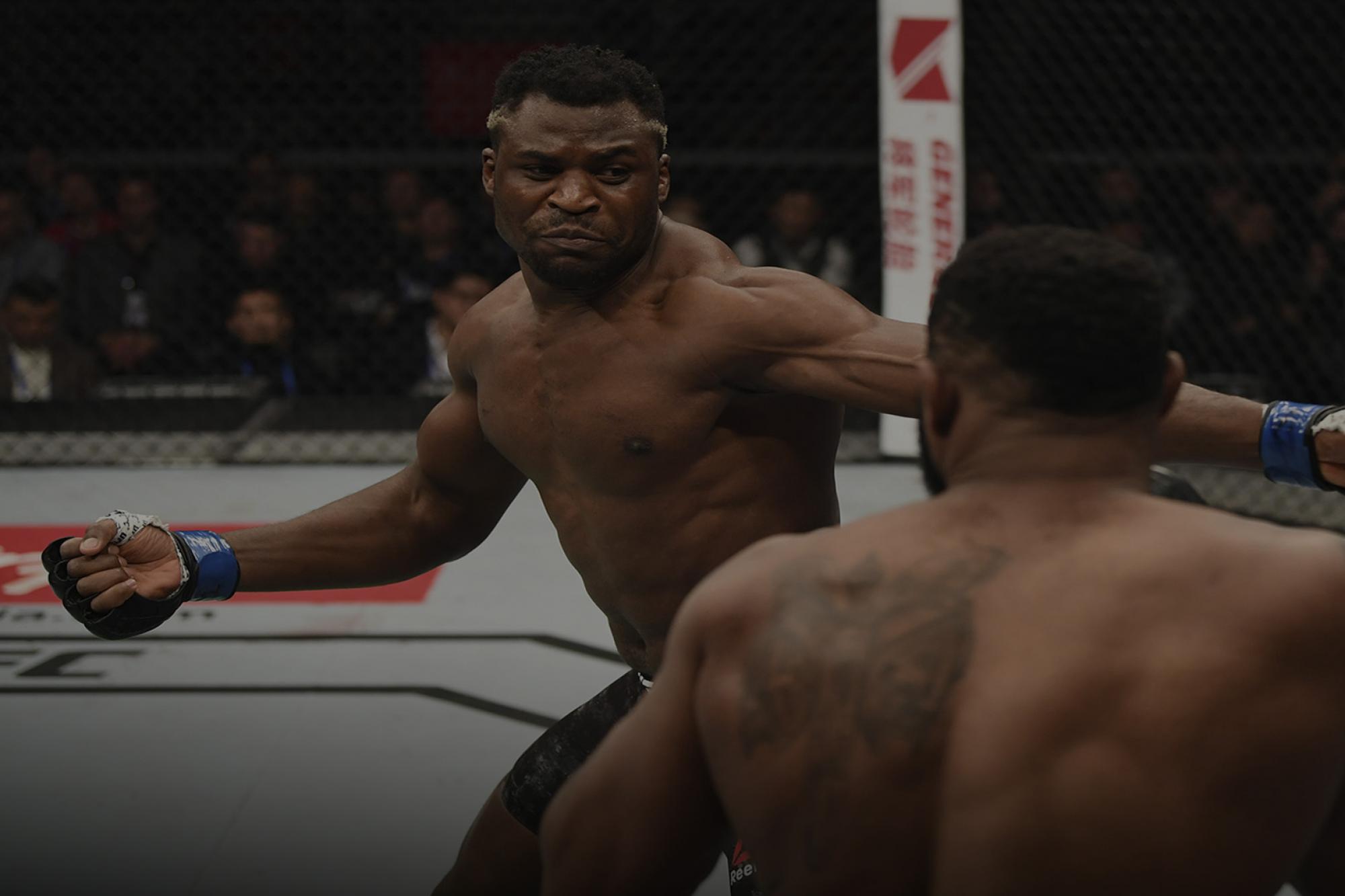 Who were the big winners from UFC Beijing? Recap the best of the best from Saturday in this version of The Scorecard
By Thomas Gerbasi • Nov. 26, 2018

Saturday’s UFC Beijing event is in the books, and now that the dust has settled in China, it’s time to go to the scorecard to see who the big winners were at Cadillac Arena.

1 – Francis Ngannou
Well, the man said it himself following his 45-second knockout of Curtis Blaydes, and yes, it appears that Francis Ngannou is indeed back. Once dubbed the heir apparent to the heavyweight crown, Ngannou was shut down by then-champ Stipe Miocic in January, then lost a bizarre decision to Derrick Lewis in July. At that moment, it looked like Miocic took something from Ngannou that he wasn’t going to get back, but on Saturday, “The Predator” was confident once again, and while the hook might have been a little quick for Blaydes, a few more seconds would have likely removed any doubts. If this version of Ngannou sticks around, he might just fulfill that promise of winning a world championship.

2 – Alistair Overeem
Let’s not mince words here. With Alistair Overeem at 38 and fresh from brutal knockout losses to Ngannou and Blaydes, the stage was set for UFC rookie Sergei Pavlovich to walk into the Octagon and send “The Demolition Man” off into the sunset in Beijing. But crafty vets like Overeem don’t go away that easily, and while Pavlovich doesn’t have the resume of the aforementioned Ngannou and Blaydes, he was a dangerous and unbeaten foe, and a first-round TKO win over the Russian does mean something. Mainly, it means that Overeem will fight another day, and suddenly, 38 doesn’t seem that old anymore.

3 – Li Jingliang
I’ve got to admit that I was disappointed that Saturday’s original bout between Li Jingliang and Elizeu Zaleski dos Santos was scrapped due to injury, but I also knew that David Zawada was going to bring it to “The Leech,” so there was going to be a fight in Beijing and both welterweights delivered. But in the end, it was Li pulling off another exciting victory, making him 6-1 in his last seven bouts, with four of those wins coming by knockout. The conclusion? Li deserves a top 15 or top 10 foe in his next bout, and now we’ll see if he’s ready to take that next step in his career. I’m guessing that he is.

4 – Weili Zhang
The aforementioned Li Jingliang is the most accomplished Chinese fighter to compete in the UFC thus far, but when all is said and done, we may be talking about Weili Zhang as the best from the nation to step inside the Octagon. Yes, she’s only two fights into her UFC career, but she is 18-1 and coming off a submission win over a fighter in Jessica Aguilar who hasn’t been finished since her first pro bout in 2006. That’s impressive and a statement-making result for Zhang, who may be closing in on a strawweight title shot at this time next year.

5 – Louis Smolka
I like Louis Smolka. He’s an exciting fighter and the way I see it, he was the victim of some bad luck during a long losing streak that got him cut from the promotion. Three wins later, and he rejoined the roster on Saturday, and it was a risky fight for the Hawaiian. Another UFC loss and he might not have stuck around for 2019. But he got the job done against Su Mudaerji in his new weight class at 135 pounds, and all of a sudden, it’s a fresh slate for “Da Last Samurai.” And he earned it.