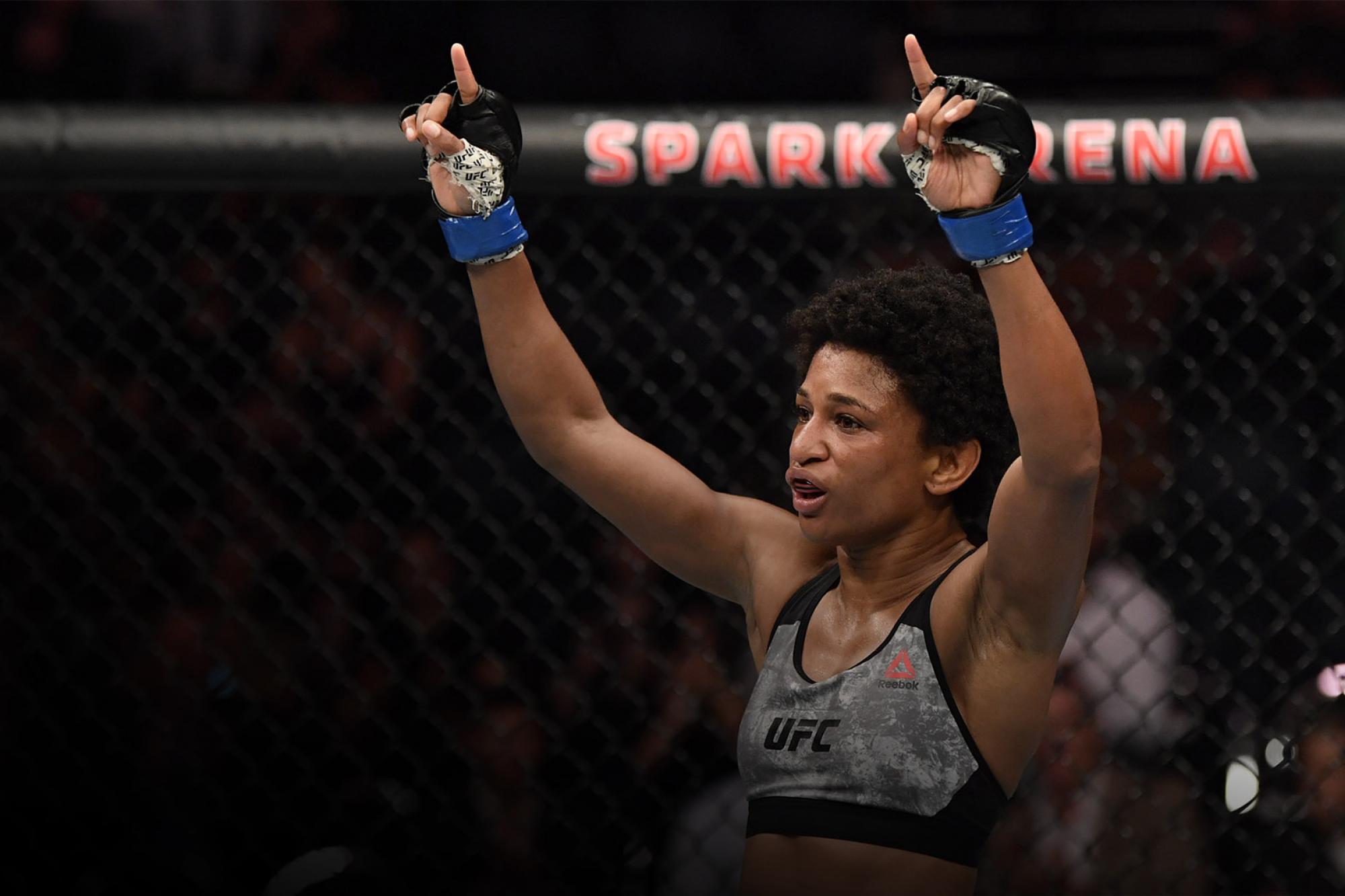 Saturday’s UFC Auckland event is in the books, and now that the dust has settled in New Zealand, it’s time to go to the scorecard to see who the big winners were at Spark Arena.

Dan Hooker hasn’t had an easy road to his current place among the 155-pound elite. In fact, I always recall a 2016 interview we had when he said after his sixth pro fight he decided to turn pro because he didn’t know what that meant. After those six fights, he was 3-3 and not really expected to make noise in the sport, but after several twists and turns, here he is, and right on time, as the 30-year-old has shown his best form in his last three fights (and wins) over James Vick, Al Iaquinta and Paul Felder. Hooker has come a long way since 2009, and if he gets his wish for a meeting with Justin Gaethje, oh boy, will that be something to see.

Dan Hooker and Paul Felder talk after their split decision war in Auckland.

I’ve never been one to weigh in on whether a fighter should retire or not, at least not in print. The way I see it, that’s up to the fighter, his family, and his team to decide. But after Paul Felder hinted at retirement after his five-round war with Dan Hooker, I will go public with my opinion that “The Irish Dragon” still has plenty in the tank and plenty to give to the sport. Do I understand the struggle to leave his daughter and his family? Absolutely. And if that’s the reason he walks away, more power to him. But if he’s judging his decision on the result of the Hooker fight, nah, Felder, you’ve still got that title run in you. But again, that’s not my place to decide, and if Felder does walk away, it’s been an honor covering his career.

Jim Crute talks after his first-round submission win in Auckland.

A lot of fighters have told me of their desire to fight the perfect fight. I’ve never heard those words come out of the mouth of Jimmy Crute, but he went and pulled it off anyway in beating Michal Oleksiejczuk. In control from the start, Crute did whatever he wanted to do against a dangerous opponent, then finished the fight by leaving no questions as to the result. Impressive stuff from the Aussie phenom, who is going to be a handful for anyone at 205 pounds.

If her Cornholio impression on weigh-in day didn’t do the trick, Angela Hill’s anyone, anytime, anywhere attitude has her on the short list of fan favorites, and it’s recognition well deserved, because she’s learned on the job at the highest level of the sport and is still standing. Was her win over Loma Lookboonmee her most spectacular? No. But it was a solid veteran effort that showed Hill’s continuing evolution as a fighter. And I’m sure she’s sitting by the phone waiting for the next call to fight right now.

Lost in the midst of the five-round war between Hooker and Felder and some other crowd-pleasing efforts by local fighters was the dominant win turned in by China’s Yan Xiaonan over Karolina Kowalkiewicz. Now 5-0 in the UFC, Yan delivered her most impressive win to date over a former world title challenger, making it clear that she has made the move from prospect to contender at 115 pounds.