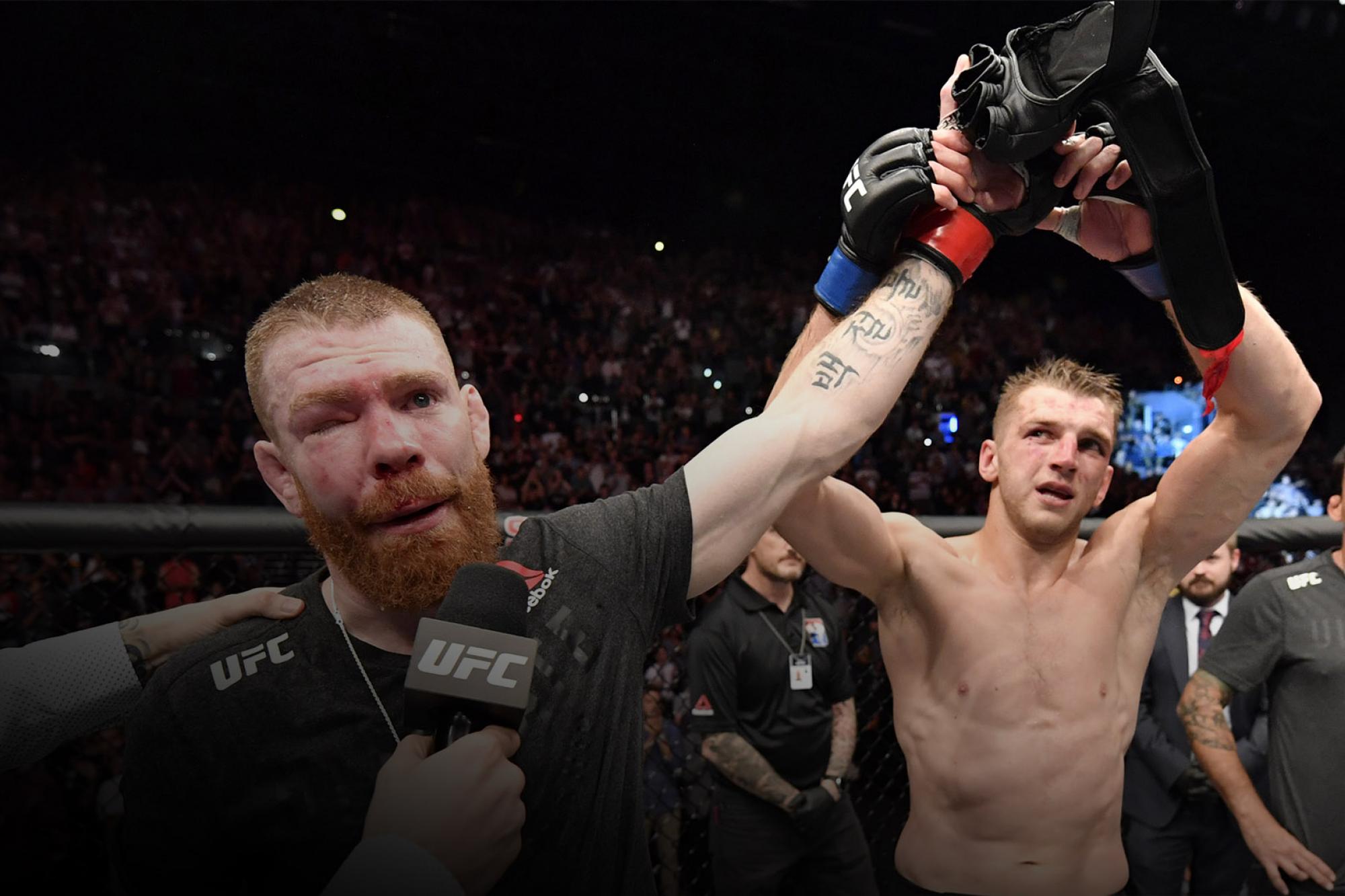 The Talking Points and Bonus Winners of UFC Auckland
By Gavin Porter, on Twitter: @PorterUFCnews • Feb. 23, 2020

Saturday’s UFC Auckland event sold out, making it the highest gate and attendance of a sporting event in Spark Arena history, and for good reason.

There were six finishes on the card and the main event delivered a 25-minute banger that people will talk about for some time.

Let's dive into the fighters that earned Performance and Fight of the Night bonuses in Auckland.

Performance of the Night
Jimmy Crute

Haven't you heard of Jimmy Crute? If you haven't yet, the 23-year-old light heavyweight prospect showed out yet again in the co-main event on Saturday. Crute completed his second first-round finish and second victory by kimura in the UFC while facing Poland's Michal Oleksiejczuk, who is known for his aggressive striking.

Crute executed his gameplan to perfection, taking Oleksiejczuk down multiple times before securing the kimura.

Crute's lone pro loss came against veteran Misha Cirkunov and the Aussie is definitely one of the rising stars in the division.

Want to make an impact? How about getting the fastest finish in UFC women's flyweight history? Priscila Cachoeira came out on a mission against Shana Dobson and landed a massive uppercut to end the fight in just 40 seconds.

Cachoeira was overwhelmed with emotion and rightfully so, as the Brazilian had lost all three of her UFC appearances to date. It was incredible to see her and her team celebrate such an emphatic win.

Unfortunately, Cachoeira suffered an injury in the bout which likely occurred on the punch that won her the fight. But she will definitely be back and have more confidence than ever. What a performance.

Dan Hooker and Paul Felder talk after their split decision war in Auckland.

Fight of the Night
Paul Felder vs Dan Hooker

Auckland, stand up! Paul Felder and Dan Hooker absolutely delivered a warriors’ performance in UFC Auckland's main event. Both fighters refused to give the other man ground, with Hooker using the distance to pepper Felder and "The Irish Dragon" closing that distance to land huge shots. It was a back and forth battle that had the fans in the sold out Spark Arena screaming at the top of their lungs.

Felder controlled the center of the Octagon for much of the fight, as Hooker stuck to moving around the outside. Another major component of the fight was Hooker's ability to control Felder on against the cage once the fighter from Philadelphia lunged in for contact. In the final two minutes of the fifth round Hooker lifted Felder off the ground to land a critical takedown.

The judges had a difficult task and it felt like there was no perfect choice. The final verdict was a split decision for Hooker, but the truth is that neither fighter has a single reason to hang their head.

What a fight and what a night. Well done, Auckland, it was one heck of a card.