UFC another step in Rodriguez's journey 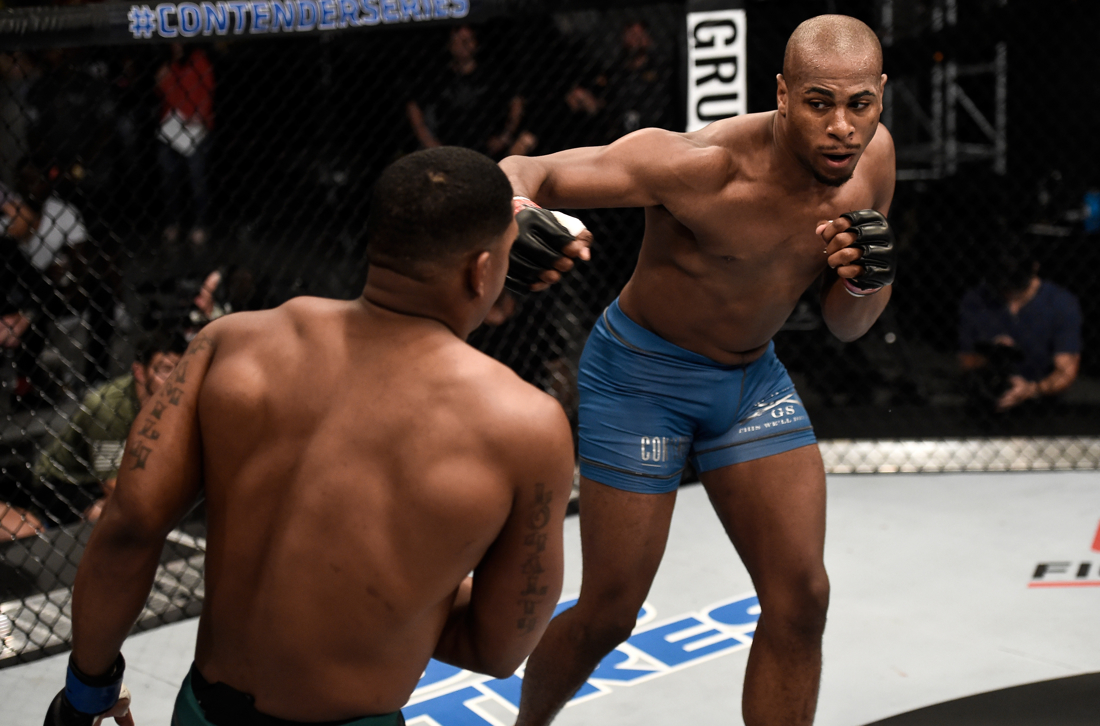 It’s almost hard to believe Mike Rodriguez when he says that he’s a firm believer in the “feeling out” process in a prize fight.

I’m not saying the 28-year-old is dishonest, but with seven of his nine pro MMA wins ending in the first round, including an Aug. 8 finish of Jamelle Jones on Dana White’s Tuesday Night Contender Series, that earned him a UFC contract, he hasn’t has much time for feeling out his opposition.

“I became a huge believer of the feeling out process,” he laughs. “Before I didn’t, but it’s pretty big in fighting. And I figured with Jones it was going to be a big thing.”

According to Rodriguez, it was, but once he got a read on Jones, it was over thanks to a flying knee that hit highlight reels around the MMA world. It took all of 2:15.

“I threw a bunch of little potshots at him to stay busy and see what he was going to bite on,” he explains. “And I noticed that he was reacting to everything. I thought, ‘All I need him to do is bite on this jab, and as soon as he does, I’m going for a flight and he’s going to take this torpedo knee right to the chin.’ And he did.”

And just like that, South Easton’s Rodriguez was a UFC fighter and a welcome addition to the light heavyweight roster. That’s a satisfying development for any up and comer, but maybe more so for Rodriguez, who almost missed his opportunity when he was forced to withdraw from a week two DWTNCS matchup with Dan Spohn. But he didn’t let that momentary setback get him down.

“I never let anything rattle me,” he said. “I think that’s been my secret to success in my career. If something doesn’t happen the way it’s supposed to happen, it didn’t happen for a reason. So it was all right, I’ll said I’ll just continue training, getting better, and hopefully something will come through.”

It did, and that bout with Jones proved to be his ticket to the Octagon. As for that “everything happens for a reason” attitude, he chalks it up to his New England roots and his coach, UFC vet Joe Lauzon.

“Joe’s the same way too and pretty much anybody in New England is the same way,” said Rodriguez, who also counts his coach and his older brother for the attitude he brings to fight night.
JOIN UFC FIGHT PASS TO WATCH UPCOMING WEEKS OF DANA WHITE'S TUESDAY NIGHT CONTENDER SERIES

“All the guys I’ve ever looked up to were finishers and they’re all monsters,” he said, “Shogun (Rua), Jon Jones and the bonus collector himself, Joe Lauzon. All those guys go out there and they’re like, ‘I’m gonna die on my shield.’ They go and put a thousand percent into it, and I just picked that up from them. I also have to give that credit to my older brother.”

Yet for all the good influences that have seen Rodriguez finish all nine of his pro wins against only two losses, this fighter knows that when it comes to execution, that attitude is in his blood.

“You either have it or you don’t and I’m glad that I have it,” he said. “When I’m in the fight, I always keep in mind, F**k it, whatever. What’s the worst that can happen? Okay, I throw a flying knee, I miss, he grabs me and we start clinching. I know I can get out of that, I trained for that. I know what to do in those situations. He takes me down from it? I know how to get up from there or submit him. It’s just a lot of confidence.”

Now he brings that confidence to the UFC, but he’s not being reckless about this next chapter in his career. This is not the destination, just another step.

“I’m still who I am,” Rodriguez said. “And I like that and it keeps me hungry because you’re right back at the bottom, fighting in the prelims.”