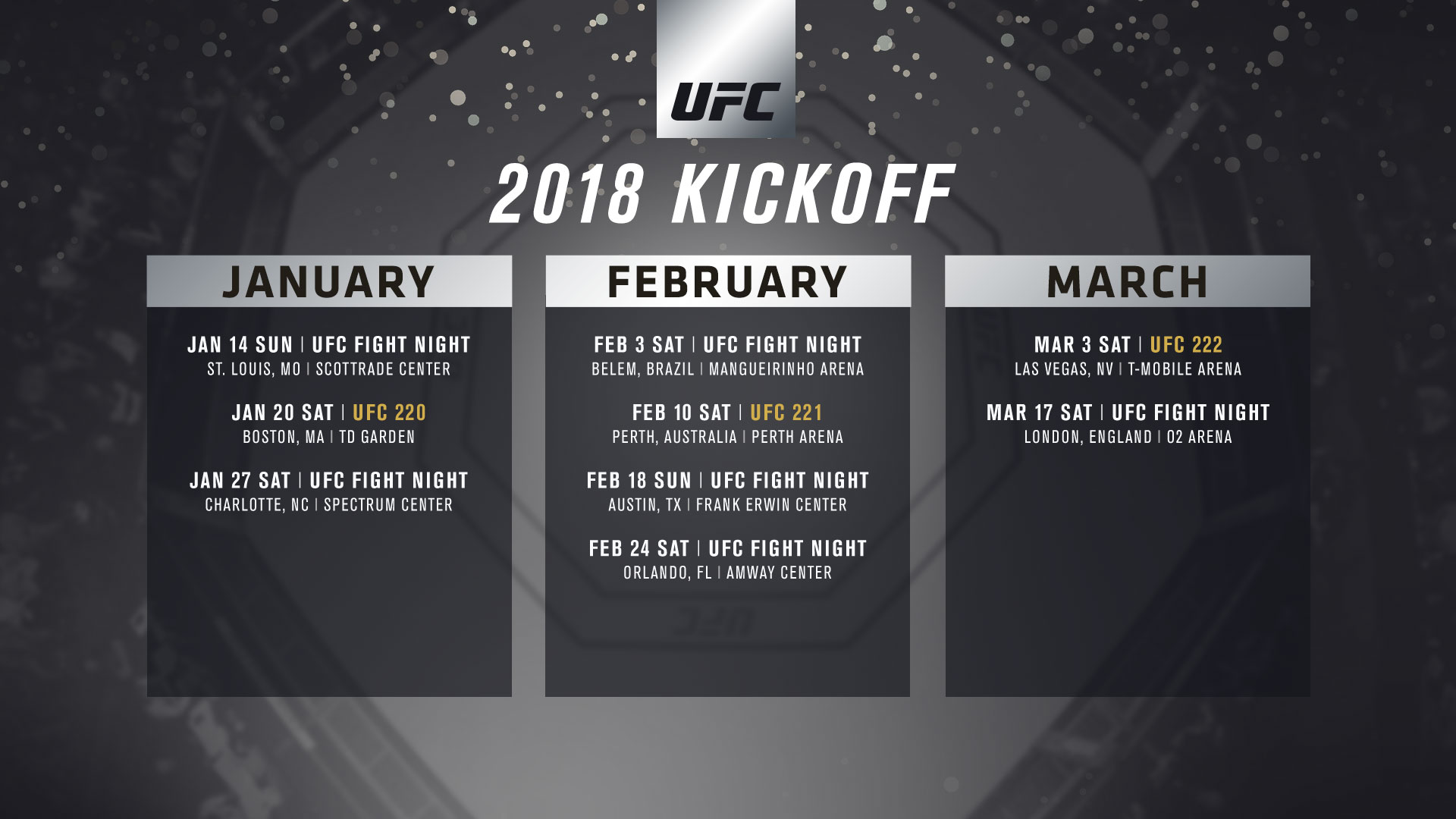 The UFC announced the 2018 first quarter slate of events Saturday night during the UFC 217 event at Madison Square Garden in New York City.

The Octagon is set to travel to Boston, Massachusetts for the first Pay Per View event of 2018 on Jan 20 at TD Garden. Perth, Australia gets its first-ever UFC event with the second PPV of the year on Feb. 10. And the final Pay Per View announced will take place on March 3 in Las Vegas at T-Mobile Arena.

A pair of bog FOX events will go down in quarter one 2018. On Jan. 27 the UFC comes to Charlotte, North Carolina and the Spectrum Center and then on Feb. 24 the UFC returns to Amway Center in Orlando, Florida.

Three FS1 events were announced as well, including the year’s first event in St. Louis, Missouri on Jan. 14, Belem, Brazil on Feb. 3 and then Austin, Texas on Feb. 18.

The year’s first UFC FIGHT PASS card is set for the UFC’s return to London, England on March 17.

Keep it logged on to UFC.com for details and news on announced fights for all of the early 2018 action inside the Octagon.
Save