UFC, One of the Most Popular Sports Brands in the World, Opens the Door for Skillz Developers to Create Original, Branded UFC Competitive Mobile Games 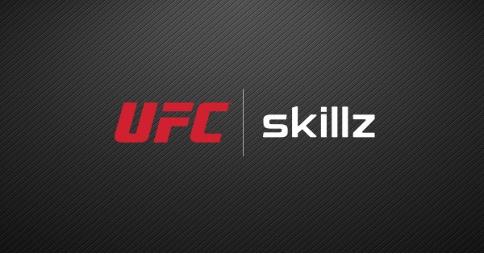 “Skillz’ partnership with UFC is part of our winning strategy that aligns Skillz’ disruptive competitive mobile games platform with the business of sport. We’re delivering an enticing opportunity for developers to create the most innovative, branded mobile games for UFC’s millions of loyal fans worldwide,” said Andrew Paradise, CEO of Skillz. “The popularity of the UFC brand, which represents one of the fastest- rising sports globally, combined with Skillz’ mobile gaming expertise, is a huge win for developers seeking to monetize and grow their games through the power of competition. We look forward to nurturing this incredible collaboration to life in the coming months and years.”

“We’re thrilled to partner with Skillz to bring new mobile games to our fans,” said UFC Senior Vice President of Global Consumer Products Tracey Bleczinski. “UFC is always looking to engage with our fans, and we have found gaming to be one of the best ways we connect with them beyond our live events. Our research shows there is a large number of UFC fans who are prolific gamers, so this is a perfect way to reach this audience.”

The deal allows selected game creators from the Skillz developer community to utilize certain UFC and UFC athlete intellectual property for mobile game creation and marketing. The new UFC-branded mobile games are slated to launch in 2023.

To sign up and gather more information about creating the next great UFC-branded mobile game, contact devb2bmarketing@skillz.com

UFC® is the world’s premier mixed martial arts organization (MMA), with more than 625 million fans and 188 million media followers. The organization produces more than 40 live events annually in some of the most prestigious arenas around the world, while broadcasting to nearly 900 million TV households across more than 170 countries. UFC’s athlete roster features the world’s best MMA athletes representing more than 75 countries. The organization’s digital offerings include UFC FIGHT PASS®, one of the world’s leading streaming services for combat sports. UFC is owned by global sports and entertainment company Endeavor, and is headquartered in Las Vegas, Nevada. For more information, visit UFC.com and follow UFC at Facebook.com/UFC, Twitter, Snapchat, Instagram and TikTok: @UFC.

Skillz is the leading mobile games platform that connects players in fair, fun, and meaningful competition. The Skillz platform helps developers build multi-million dollar franchises by enabling social competition in their games. Leveraging its patented technology, Skillz hosts billions of casual esports tournaments for millions of mobile players worldwide, and distributes millions in prizes each month. Skillz has earned recognition as one of Fast Company’s Most Innovative Companies, CNBC’s Disruptor 50, Forbes’ Next Billion-Dollar Startups, and the number-one fastest-growing company in America on the Inc. 5000. www.skillz.com