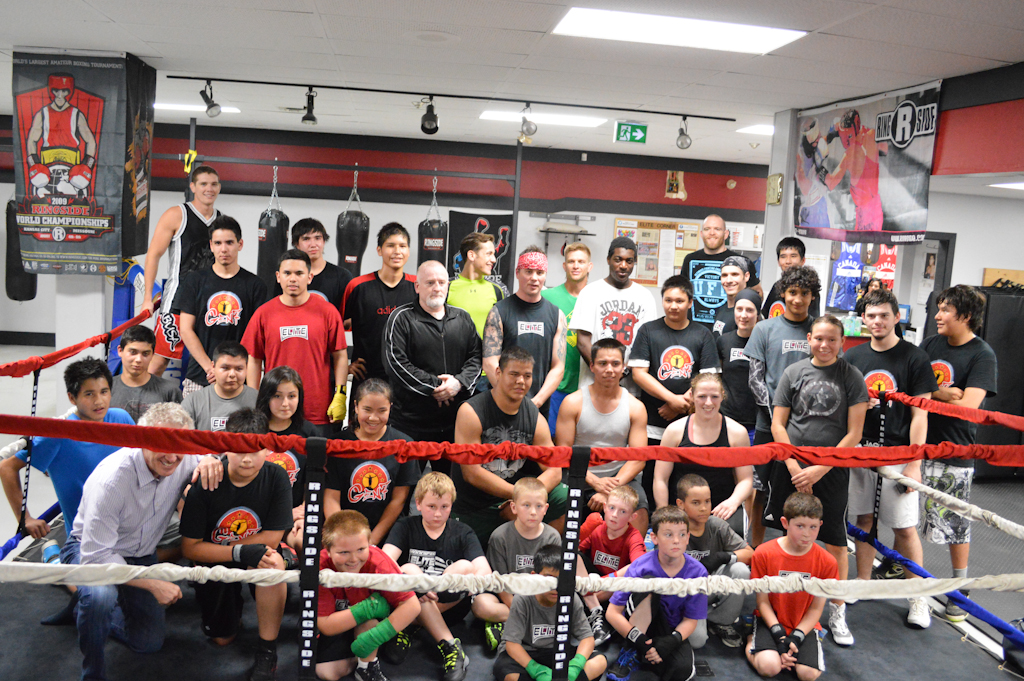 The Ultimate Fighting Championship® (UFC®) announced Thursday financial contribution to Motivate Canada’s GEN7 program through UFC Community Works™ surrounding UFC® 161 EVANS vs. HENDERSON. The UFC UFC Community Works™ program is designed to make meaningful contributions to the Canadian communities where UFC events are held. On June 15, the UFC will host its first-ever event in Winnipeg, with a pay-per-view event at the sold-out MTS Centre.

Motivate Canada’s GEN7 Aboriginal Role Model Program recruits Aboriginal youth athlete role models, called GEN7 Messengers, who encourage Aboriginal youth to lead a healthy active lifestyle through sport, physical activity and other means. GEN7 Messengers facilitate the GEN7 program in Aboriginal communities and are trained by Motivate Canada in public speaking and facilitation. They work with a group of youth between the ages of 12 and 29 in the community over a number of visits as a role model and motivator. The GEN7 program supports the personal development of Aboriginal youth, and helps them reach their individual goals. It also supports youth and community members in the development of a community project that will increase participation in sport and recreation. 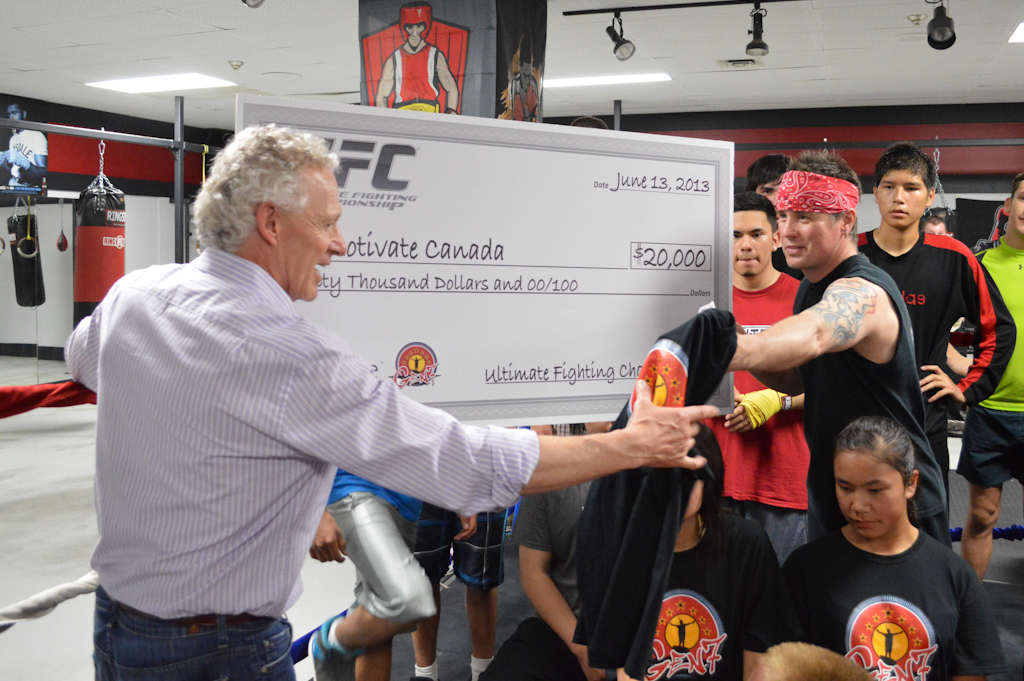 On June 13, Tom Wright, UFC Director of Operations for Canada, Australia and New Zealand, UFC lightweight contender TJ Grant, UFC welterweights Mike Pyle and Jordan Mein, UFC lightweight Mike Ricci and UFC women’s bantamweight Sarah Kaufman were on hand at Winnipeg Elite Boxing and MMA Academy to announce the donation and help lead youth through a 60-minute boxing and mixed martial arts class. The participants range from age 9-19 and have all benefitted from the GEN7 program in their community.

The UFC Community Works™ program name itself is a double entendre – it speaks to the notion that the UFC is going to do good work in the community and that communities work when they come together. UFC is looking to be a catalyst to promoting good works in good communities, and has a particular focus on at-risk youth.

Tickets for UFC® 161: EVANS vs. HENDERSON are sold out. The event has already set the MTS Centre record for the largest single-day event gate in the building’s 10-year history. The MTS Centre now joins a list of three other Canadian venues that hold that same gate-record distinction, which includes Toronto’s Rogers Centre, Montreal’s Bell Centre and Calgary’s Scotiabank Saddledome.

Winnipeg is the UFC®’s fifth Canadian city to host an event as the organization has made a total of 12 stops across the country with visits to Montreal (six), Toronto (three), Vancouver (two) and Calgary (one). Home to the National Hockey League’s Winnipeg Jets, the MTS Centre has played host to some of the world’s top entertainment and sporting events but, with the global reach of its Pay-Per-View, UFC® 161: EVANS vs. HENDERSON will be the most widely viewed event originating out of the province of Manitoba – ever.