UFC® today announced the appointments of Bo Sandoval as Director of Strength & Conditioning and Clint Wattenberg as Director of Nutrition for the UFC Performance Institute, respectively. Both directors will begin their roles at the new state-of-the-art facility immediately, ahead of the UFC Performance Institute’s official opening on Monday, May 22.

“We are excited to welcome Bo and Clint as the newest members of our UFC Performance Institute staff,” UFC Chief Operating Officer Ike Lawrence Epstein said. “Bo and Clint are well-known and widely-respected experts in their individual fields and with two decades of collective professional experience, their additions to the team will be a tremendous benefit to our athletes.” 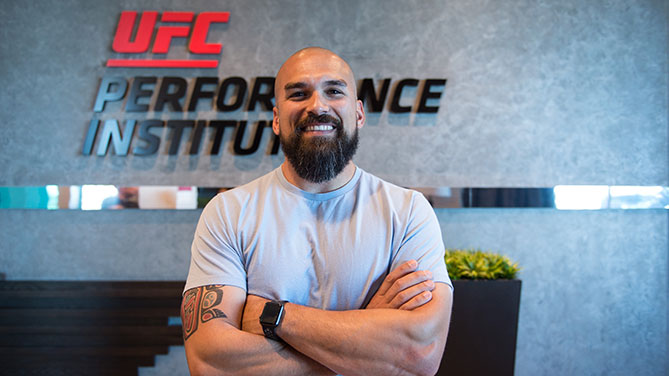 Sandoval brings nearly 15 years of strength & conditioning experience that will provide UFC athletes with a wealth of knowledge while continually aiding in their individual development. He most recently spent eight years (2009-17) at the University of Michigan, with the last six as Assistant Director of Strength & Conditioning for Olympic Sports. During his time in Ann Arbor, Sandoval supervised a team of seven coaches while directly providing services to 170 of the nearly 800 Wolverine student-athletes that competed in 30 men’s and women’s NCAA Division I programs.

Sandoval began his career in 2003 as a graduate assistant at the University of Southern Mississippi (Hattiesburg, MS), spending two years on the Golden Eagles’ staff before becoming the Director of Strength & Conditioning at Belhaven University (Jackson, MS) in 2005. In 2007, he joined the strength & conditioning staff at the United States Olympic Training Center in Colorado Springs, Colorado. While at the USOC, Bo spent two years coaching athletes that competed within Team USA’s acrobat and combat sport-folio, which was comprised of nine sports that included boxing, wrestling, judo, para-judo and taekwondo.

“Coach Sandoval is a leading light both as a coach in the sport of weightlifting and the art of strength & conditioning,” Chief Executive Officer of USA Weightlifting Phil Andrews said. “We are delighted to see him continue his outstanding career as he joins UFC.”

A native of Baton Rouge, Louisiana, Sandoval holds certifications as a Registered Strength & Conditioning Coach with 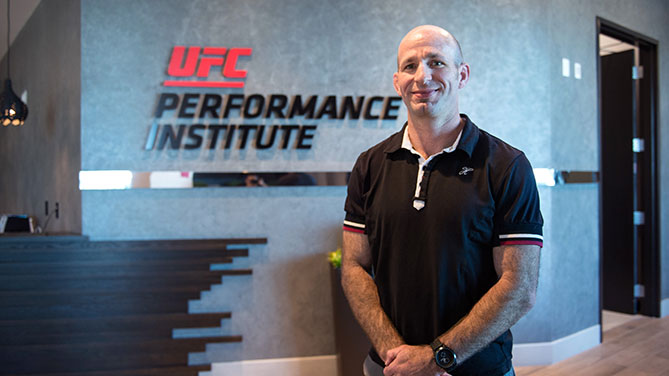 Wattenberg joins UFC following six years in two nutrition-based roles at Cornell University (Ithaca, NY). After becoming a registered dietitian in 2010, Wattenberg joined Cornell’s athletics department as the Big Red’s Eating Disorder Specialty Nutritionist in 2011. In 2013, he added the role of Sports Nutrition Coordinator, holding both positions until April of 2017. Before becoming a dietitian, Clint was an assistant wrestling coach at Cornell (2004-06), followed by two years (2006-08) competing as a member of Team USA’s Men’s Freestyle National Wrestling Team.

“Clint is one of the most respected practitioners in the field of weight class sports,” Collegiate and Professional Sports Dietitians Association President Scott Sehnert said. “In an industry that has to adapt to change rapidly, he has been an invaluable resource for the members of the Collegiate and Professional Sports Dietitians Association on this topic.”

A native of Chico, California, he earned his bachelors in health and society from Cornell University and his masters in Exercise Physiology from Ithaca College. As an undergrad at Cornell, Clint was a member of the Big Red wrestling program, where he was a two-time NCAA Division I All-American.

As the world’s first mixed martial arts multi-disciplinary research, innovation and performance center, the Performance Institute is a state-of-the-art 30,000 square-foot facility provides benefits and services to all athletes competing under the UFC banner. The Performance Institute is equipped with a full-time staff of experts in the fields of strength and conditioning, nutrition and physical therapy, with a designed focus to provide athletes with world class performance optimization, at no cost to the athletes. For more information, please visit UFC.com.