Cody McKenzie earned the 500th submission victory in UFC history by choking Marcus LeVesseur out with a guillotine.
By Thomas Gerbasi, on Twitter: @TGerbasi • Oct. 29, 2019

As mixed martial arts has evolved, there are really no sure things anymore. There are defenses for every move, enough footage on every fighter to know what’s coming at any given time, and even the most effective finishes have a counter.

But every once in a while, somebody comes up with a move that they’ve perfected over the years, and even when an opponent knows it’s coming, they still can’t escape. Think of Ovince Saint Preux and the Von Flue (or Von Preux) choke as an example.

Well, a couple years before OSP started pulling off his patented finisher, Cody McKenzie was doing the same thing with a guillotine choke that he referred to as the McKenzietine.

And boy, was it deadly.

“Yeah, it’s that good of a move,” he told me before his UFC debut against Aaron Wilkinson in 2010. “I’ve caught almost everybody in the world who I rolled with; there’s probably only ten guys who I haven’t and I can name them all. (Laughs) And a lot of those ten guys that just means that they haven’t rolled with me enough. If they trained with me a little more or sparred me MMA style, that’s when I think I can catch it best.” 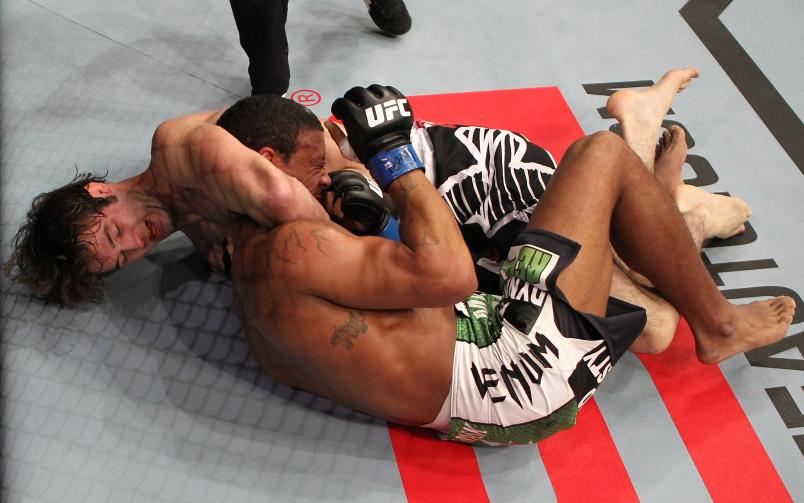 Cody McKenzie defeats Marcus LeVesseur with a guillotine choke submission in a lightweight bout during the UFC on Fuel TV event at Patriot Center on May 15, 2012 in Fairfax, Virginia. (Photo by Josh Hedges/Zuffa LLC via Getty Images)

At the time, McKenzie was 11-0 as a pro, and he had finished nine of those wins with the McKenzietine. Add two more wins by the same method on season 12 of The Ultimate Fighter, and all of a sudden all eyes were on the kid with the deadly choke and quirky personality.

He would win his first UFC bout with – you guessed it – the McKenzietine, but then dropped two straight to Yves Edwards and Vagner Rocha, setting up an important bout with Marcus LeVesseur on the Chan Sung Jung-Dustin Poirier undercard on May 15, 2012. 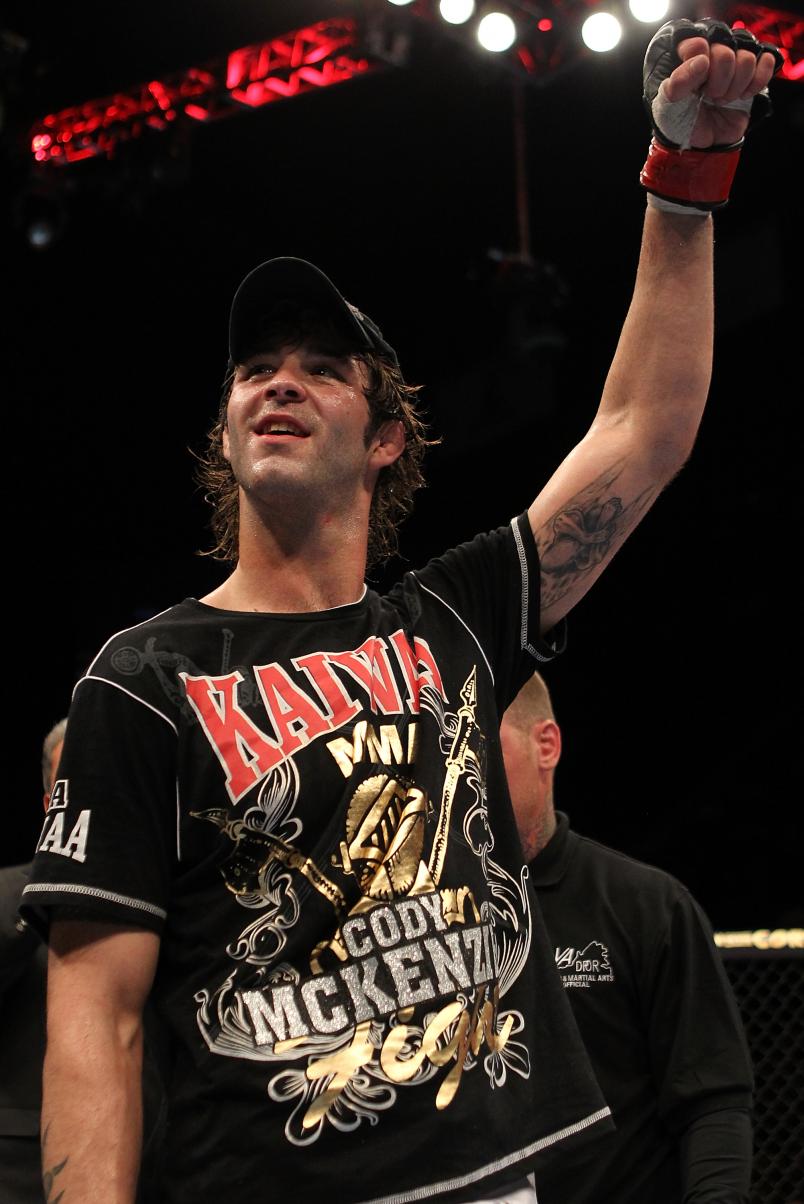 Cody McKenzie reacts after his victory over Marcus LeVesseur in a lightweight bout during the UFC on Fuel TV event at Patriot Center on May 15, 2012 in Fairfax, Virginia. (Photo by Josh Hedges/Zuffa LLC via Getty Images)

LeVesseur was a decorated wrestler making his UFC debut after compiling a 21-5 record on the regional circuit, and hopes were high for him, but by style alone, he was going to be an enticing matchup for McKenzie simply because when he shot, he was going to leave his neck open.

Then the fight started and LeVesseur dominated until that neck was exposed and McKenzie took it. At 3:05 of the first round, Cody McKenzie scored the 500th submission win in UFC history. And he did it his way.