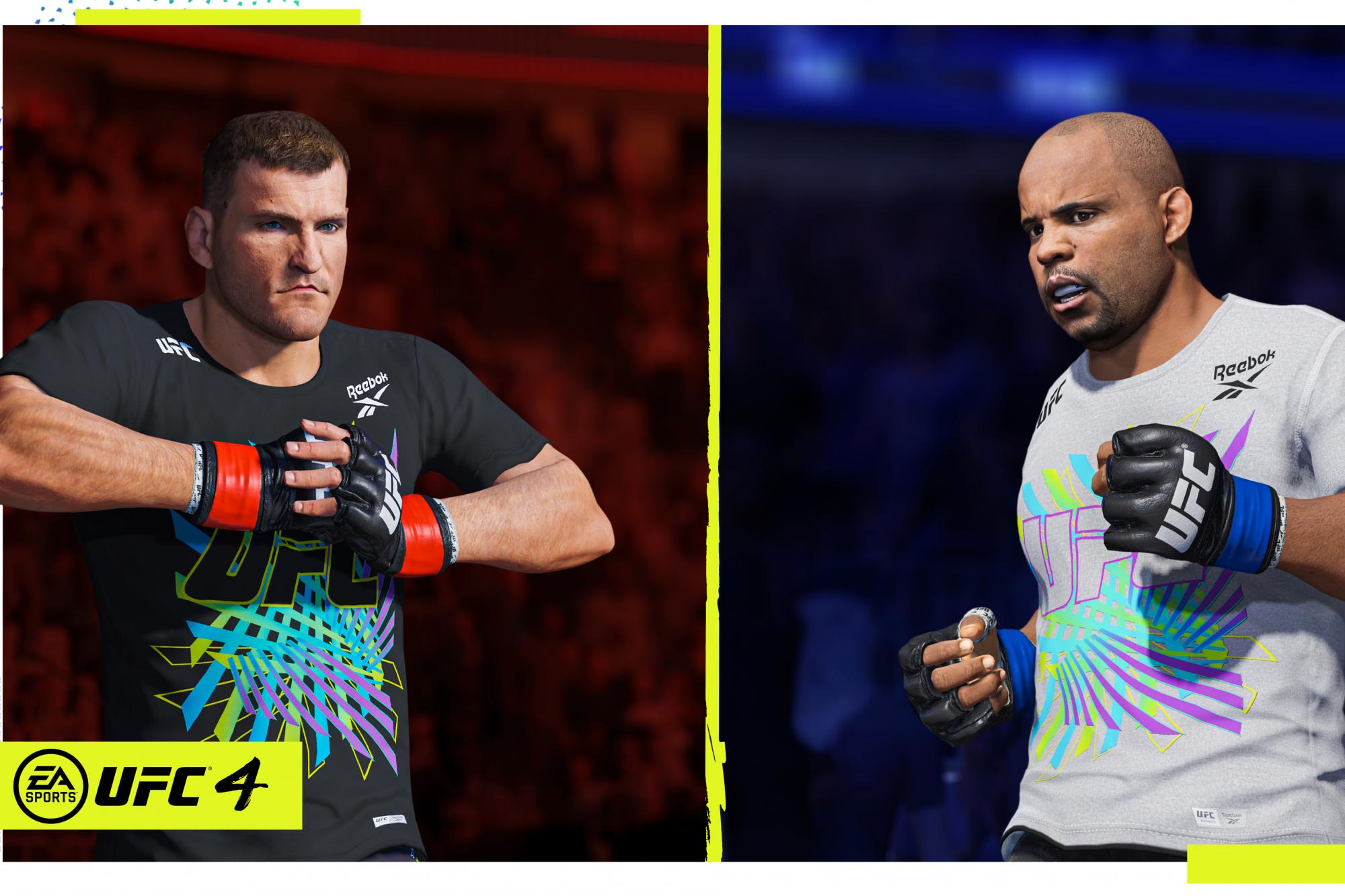 Created Fighter Puts Fans at the Center of Every Fight in the Most Authentic and Immersive MMA Experience Ever
Aug. 14, 2020

REDWOOD CITY, Calif. – August 14, 2020 – Electronic Arts Inc. (NASDAQ:EA) today launched the newest game in the UFC franchise, EA SPORTS UFC 4, that lets players shape their own UFC legacy or challenge the world in new Blitz Battles or Online World Championships to become the undisputed champion of the Octagon®. Players can jump into the game today on PlayStation® 4 and Xbox One.

“For EA SPORTS UFC 4, we wanted to focus on creating authentic MMA gameplay for our fans. From the updates to the clinch game and takedown mechanics, to the new dynamic striking inputs and grapple assist controls, we’re delivering a deeper and more accessible gameplay experience for fans at all levels,” said EA SPORTS UFC 4 Creative Director, Brian Hayes. “We also built an all-new progression system centered on the Created Fighter that rewards players for every fight through the new Connected Fighter Profile to showcase their fighter’s personality and achievements.”

“EA has been an incredible partner to UFC for the past eight years,” UFC Senior Vice President of Global Consumer Products Tracey Bleczinski said. “Collaborating with EA has provided UFC with new opportunities to grow our fan base and we believe the new content and features of UFC 4 make this the most thrilling and engaging UFC game play to date.”

Players can choose between a variety of modes and ways to play. Rise through the ranks in an enhanced Career Mode experience that includes an all-new fighter evolution system where every choice is integral to shaping their fighter’s skills. Compete to become a world champion in the all-new Blitz Battles or go up against the world’s best in Online World Championships to become the undisputed champion. In addition, take fights to four all-new environments that pay homage to fictional and historical styles of combat sports, including The Kumite and The Backyard.

Inside the Octagon, when players put opponents on the canvas, players will see, hear, and feel the impact of every decisive blow with high impact moments and face-rippling replays. EA SPORTS Real Player Motion Tech overhauls the art of the clinch and delivers more dynamic takedowns, while new submissions and devastating ground and pound make finishing the fight more exciting than ever. Grapple assist provides more accessible controls on the ground and a refined striking control scheme allows for better access to combinations and positioning.

“Watching my career go from the Octagon to the booth and back again has been incredible,” Cormier said. “It’s going to be a lot of fun hearing me commentate fights when I’m playing UFC 4, especially when I step into the Octagon to fight as myself.”

EA SPORTS UFC 4 features an all-new fighter evolution in Career mode, which allows created characters to grow based on the disciplines used in training or bouts. Players can secure more than 1,600 new pieces of earnable gear and over 120 emotes that will allow their fighter’s personality to shine like never before as they climb the ranks to become a UFC superstar.

EA Access* members can jump into the Octagon and try the game for up to 10 hours as part of their membership, plus enjoy a 10% off the purchase of the full game and UFC Points.