UFC 282 is taking place on Saturday from T-Mobile Arena in Las Vegas, and the event has already had a seismic change to the top of the card. Jiri Prochazka was originally set to defend the UFC light heavyweight title in a rematch against Glover Teixeira, but Prochazka suffered a significant shoulder injury in training. The injury was so serious that it not only forced Prochazka out of the bout, it forced him to vacate the title due to the lengthy rehab ahead of him. Jan Błachowicz vs. Magomed Ankalaev was promoted to the UFC 282 main event and the two will compete for the vacant light heavyweight title. 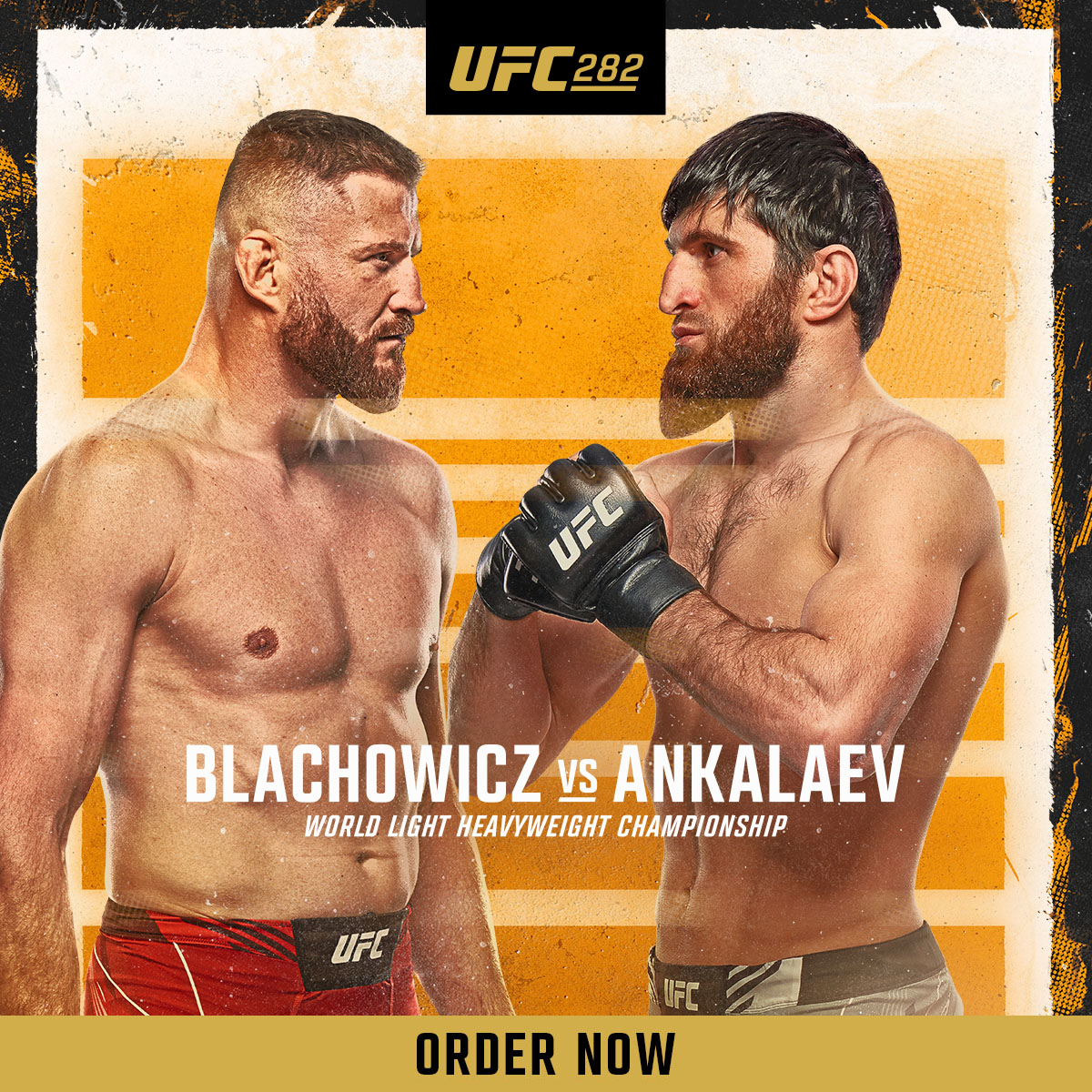 Despite having a wrestling background growing up in Dagestan, Magomed Ankalaev does not utilize a lot of aggressive offensive wrestling. Ankalaev is converting under one takedown per 15 minutes and has been successful on only 33% of his takedown attempts. For comparison, monstrous Dagestani wrestler and UFC lightweight champion Islam Makhachev is averaging roughly 3.5 takedowns per 15 minutes and has been successful on 65% of his takedown attempts. In addition, Ankalaev’s primary wrestling background is Greco, which utilizes upper-body clinch work as opposed to level changes and leg attacks.

Instead, Ankalaev is more of a skilled and patient counter striker. Ankalaev does not absorb a lot of strikes, absorbing only about two significant strikes per minute, a low rate. Ankalaev also has strong striking power and has finished five of his nine UFC wins by KO/TKO.

If Ankalaev does not utilize much offensive wrestling and this becomes primarily a striking match, Blachowicz will be extremely dangerous. Blachowicz has the length advantage, carrying a three-inch reach advantage, which will help him on distance strikes. Blachowicz also has a powerful right hand, which will come into play given Ankalaev stands southpaw. The best method for an orthodox fighter to attack a southpaw is with the right hand, because a southpaw’s lead defensive shoulder is on the opposite side of the orthodox fighter’s right hand, giving more clearance to find the button on the right side. Ankalaev has been hurt in fights before on the feet, most notably against Thiago Santos, where Ankalaev was knocked down with standing strikes and put on his back. Ankalaev also had his legs wobbled in his fight against Dalcha Lungiambula.

If this fight does primarily take place on the feet, the skill gap is closer than the betting odds indicate. Blachowicz is over +200 on the moneyline on DraftKings Sportsbook, which is a good plus-money option to consider since Blachowicz’s chances to win appear better than that. Blachowicz has the power to end this fight via KO/TKO if he connects clean, so Blachowicz to win by KO/TKO (+550) is also a higher-reward consideration at big plus money. 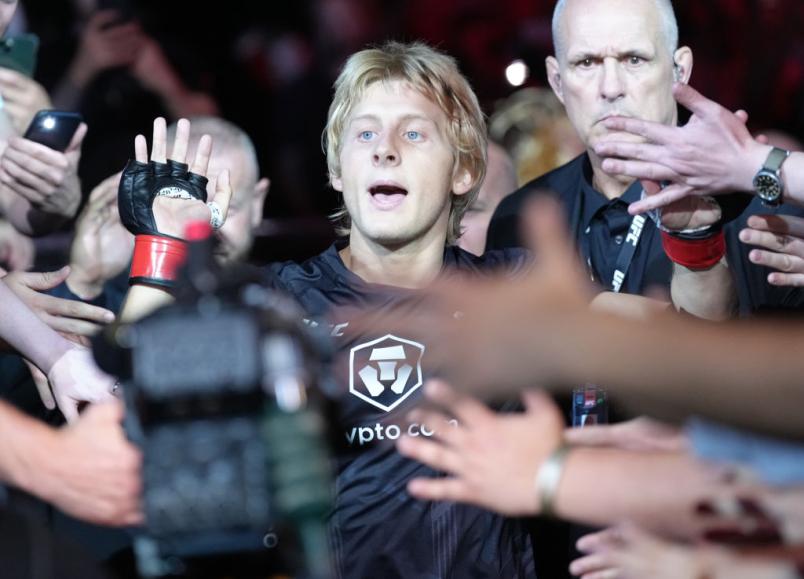 Paddy Pimblett of England prepares to fight Jordan Leavitt in a lightweight fight during the UFC Fight Night event at O2 Arena on July 23, 2022 in London, England. (Photo by Jeff Bottari/Zuffa LLC)

Paddy “The Baddy” is a rising English fighter who has the potential to develop into a star. Pimblett is charismatic and is good at getting people engaged, which has garnered the attention of others in the sports world. A well-known professional wrestler recently feuded with Pimblett, calling him a “dollar store Conor McGregor”, but as McGregor himself stated in defense of Pimblett: “A dollar store Conor is still worth millions!”

Pimblett is getting a step up in competition against Jared Gordon. Gordon is 4-1 in his last five fights and has strong striking metrics, landing nearly six significant strikes per minute while absorbing about three significant strikes per minute. Gordon has also fought elite competition in the past, most notably facing former UFC lightweight champion Charles Oliveira in 2019.

While Pimblett has the potential to develop into a star down the road, there are some aspects of his current game that could be exploited by better competition. Pimblett’s defense is leaky both on a rate basis and visually. Pimblett is avoiding just 41% of opponent significant strike attempts, which is not good. In comparison, Gordon has avoided 57% of opponent significant strike attempts. Pimblett has the tendency to keep his chin upright and stationary, which could make him vulnerable when he is in range on distance strikes.

Pimblett’s name and charisma might be distorting the betting for this fight, and as roughly a +200 underdog on DraftKings Sportsbook, Jared Gordon is a plus-money consideration. 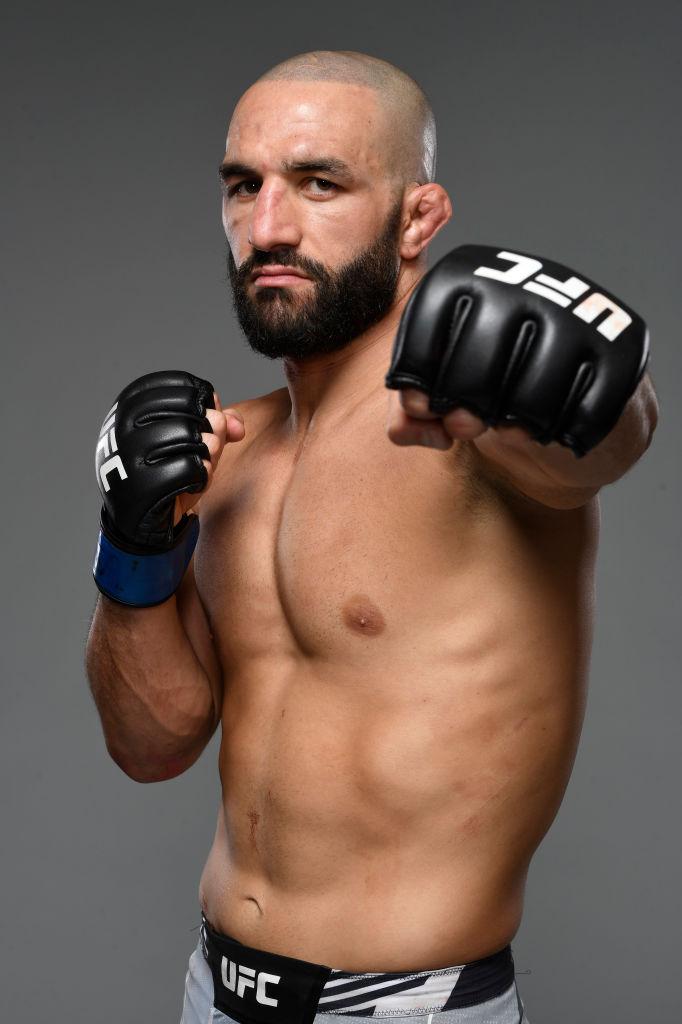 At $7,000, Jan Blachowicz is the third-cheapest fighter on the DraftKings fantasy UFC slate. Blachowicz’s matchup against Magomed Ankalaev appears closer than this pricing indicates. As mentioned earlier in the article, Ankalaev does not really launch a lot of aggressive offensive wrestling, averaging just 0.94 takedowns per 15 minutes and successfully converting only 33% of his takedown attempts. If Ankalaev enters this fight with a similar game plan, this could turn into primarily a striking match, which makes Blachowicz a very live underdog given his punching power and reach advantage.

The main DraftKings fantasy UFC tournament has a massive prize pool of $700,000 this week, with the winner getting $150,000. Enter the contest for only $25 here.

Same Game Parlay (SGP) is available on DraftKings Sportsbook for the UFC! To place a SGP:

Read more about SGP at the DraftKings Sportsbook SGP page!