UFC® today announced a multi-event partnership with Toyota Center in Houston, Texas following the record-breaking sell out of UFC 262: OLIVEIRA vs CHANDLER in May. The partnership, which includes a prospective Pay-Per-View event in 2022, kicks off with UFC 265: LEWIS vs GANE on Saturday, August 7, 2021. The main event will see Houston hometown hero and No. 2 ranked Derrick Lewis take on undefeated striking sensation and No. 3 ranked Ciryl Gane for the interim UFC heavyweight championship. In the co-main event, the greatest women’s martial artist of all time graces the Octagon once again as UFC featherweight and bantamweight champion Amanda Nunes aims to retain her 135-pound title when she faces No. 6 ranked Julianna Pena.

“I love the city of Houston. We had a sold-out event in May, the city and fans are incredible, so we are heading right back in August,” UFC President Dana White said. “Working with Tilman and his team has been amazing and we will continue making Toyota Center a home for UFC, including bringing another PPV to the city next year.”

“We are fortunate to have a venue like Toyota Center in the great city of Houston,” said Houston Rockets owner Tilman Fertitta. “As the operator of Toyota Center, it is always going to be our goal to bring more exciting, high-quality entertainment to our community.”

UFC 265: LEWIS vs GANE will take place Saturday, August 7 at Toyota Center in Houston, Texas. All bouts will be simulcast on ESPN+ in English and Spanish beginning at 6 p.m. ET/3 p.m. PT with the UFC Fight Pass prelims. The prelims will continue exclusively on ESPN2 & ESPN+ at 8 p.m. ET/5 p.m. PT followed by the ESPN+ Pay-Per-View main card will kick off at 10 p.m. ET/7 p.m. PT.

UFC 265: LEWIS vs GANE tickets will go on sale at Friday, July 9 at 10 a.m. CT and are available for purchase at toyotacenter.com. Ticket sales are limited to eight (8) per person. UFC Fight Club® members will have the opportunity to purchase tickets Wednesday, July 7 at 10 a.m. CT via the website www.ufcfightclub.com. A special Internet ticket pre-sale will be available to UFC newsletter subscribers Thursday, July 8 starting at 10 a.m. CT. To access this presale, users must register for the UFC newsletter through UFC.com.

Houston’s own Lewis (25-7, fighting out of Houston, Texas) aims to put on a show for his hometown fans and finally wrap UFC gold around his waist. The record holder for most knockouts in UFC heavyweight history with 12, Lewis proved himself as one of the best in the world with a victory over current champion Francis Ngannou, as well as iconic wins over Alexander Volkov, Travis Browne and Curtis Blaydes. He now looks to secure the overall knockout record for the UFC by becoming the first man to finish Gane and then move on to once again vanquish Ngannou for the undisputed crown.

Gane (9-0, fighting out of Paris, France) competes in the shortest turnaround of his MMA career with his sights set on claiming his first UFC title. A professional in MMA for less than three years, Gane has had a meteoric rise through the heavyweight division, spurred on by dynamic victories over Junior Dos Santos, Don’Tale Mayes and most recently Alexander Volkov. Gane now looks to show off his ever-improving skillset by defeating Lewis to set up a future clash with champion and former training partner Francis Ngannou.

No. 1 women’s pound-for-pound fighter Nunes (21-4, fighting out of Coral Springs, Fla., by way of Bahia, Brazil) returns to the bantamweight division intent on delivering another remarkable title defense. Considered the greatest women’s athlete to compete in the Octagon, Nunes owns almost every notable record in women’s MMA, including most UFC wins, most knockouts and longest win streak. She further carved her name into the history books by defeating every former UFC women’s bantamweight and featherweight champion, including Ronda Rousey, Cris Cyborg and Holly Holm. Nunes now plans to raise the bar even higher by taking out Pena.

The Ultimate Fighter season 18 winner Pena (11-4, fighting out of Chicago, Ill.) looks to claim the biggest victory of her career and secure her first title. A well-rounded grappler, she cemented herself as one of the best fighters in the world by defeating former UFC champion Nicco Montano, as well as former title challengers Jessica Eye, Cat Zingano and Sara McMann. Now, Pena intends to ride the momentum of her recent victory over McMann to upset Nunes and shock the world. 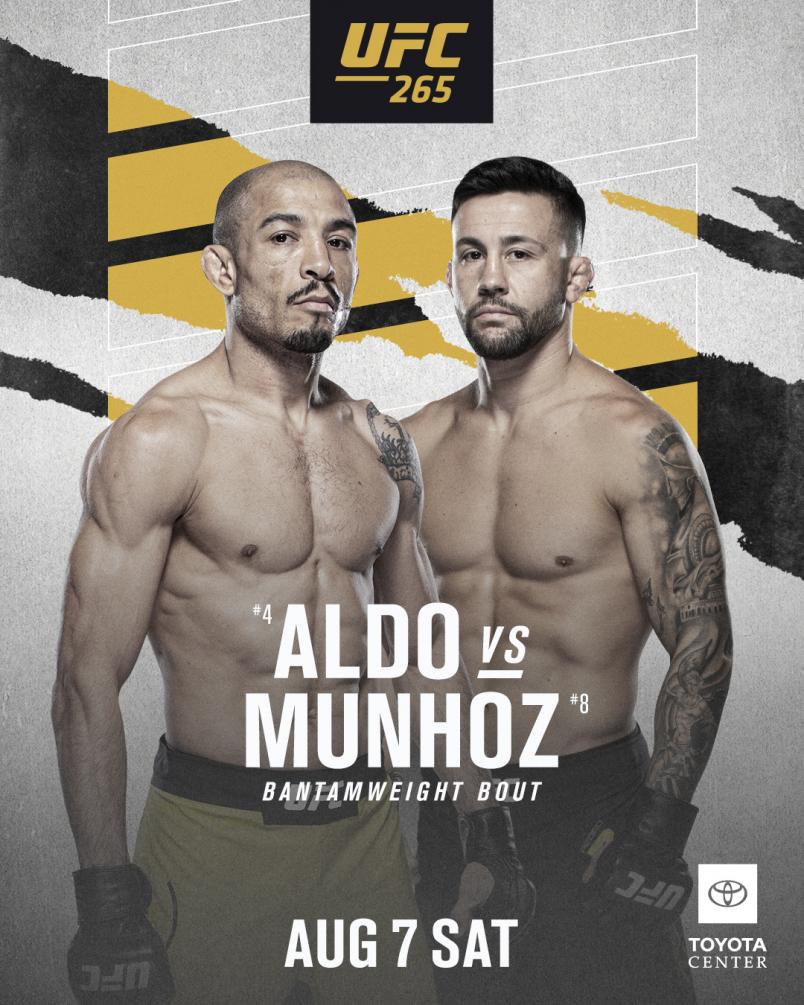 Visit the UFC.com for information and content to support your UFC coverage. Please click here to apply for the event.