On Saturday, UFC 265 is taking place from the Toyota Center in Houston, and the card is headlined by a heavyweight bout between Ciryl Gane and Derrick Lewis.

Below, we preview the main event and examine some of the UFC betting offerings for the event by DraftKings Sportsbook.

To Go the Distance

Download the Sportsbook app or check out the UFC odds page for all your betting needs. 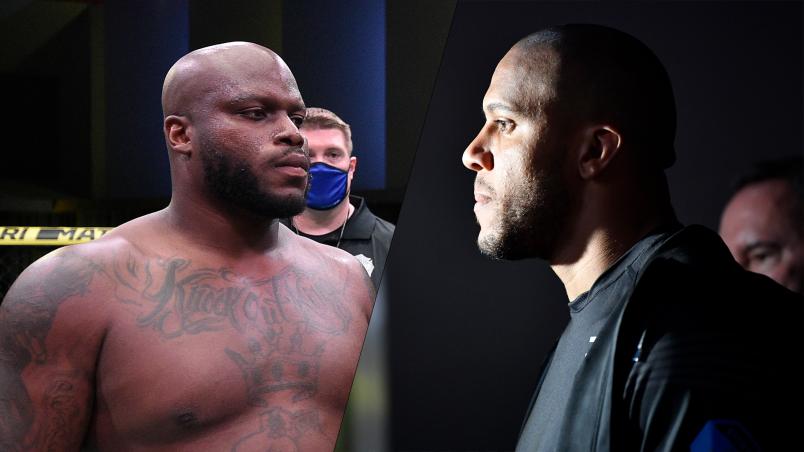 Gane’s appeal goes beyond his fight statistics. Gane is a chiseled 6’4”, 245 pounds with excellent athleticism by the standards of the heavyweight division. He is lengthy and uses his size well, and he uses his length to manage distance and produce strong defense. Gane often positions himself just outside of his opponent’s reach, which helps him avoid significant strike attempts. Gane also uses his length well offensively, particularly through his leg kicks. Gane’s leg-kicking game is a safe way to attack offensively because he is able to land strikes outside of his opponent’s punching range.

Gane’s striking game is very well-rounded, featuring a variety of punches, kicks, knees and elbows that land to the legs, body and head. Gane’s kickboxing skill and athleticism really stands out at heavyweight, a division that can often feature brawls between fighters who aren’t quite as skilled or athletic as fighters in lighter weight classes.

Gane’s biggest strength is his kickboxing, but he will attempt submissions when the opportunity presents itself. Gane has finished two of his six UFC fights by submission. Gane’s most recent submission was a heel hook, which is not a technique you see finished very often in the UFC. Gane will also go for takedowns and has attempted as many as 14 takedowns in a UFC fight. 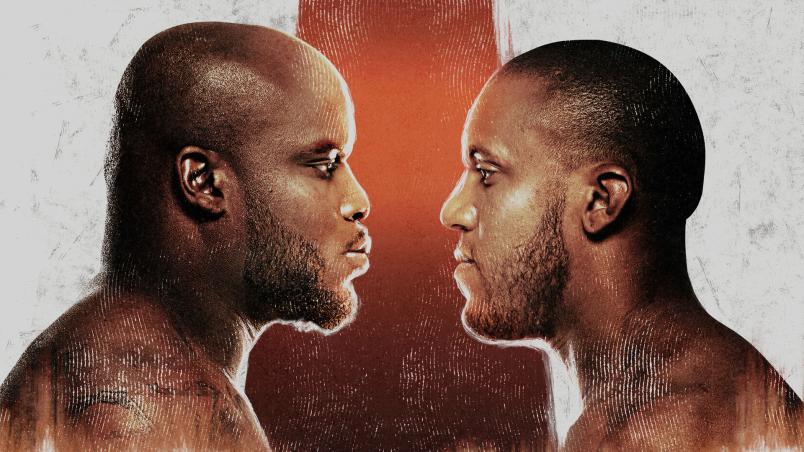 Lewis’ best skill is his elite punching power. Lewis holds the UFC record for most wins via KO/TKO with 12 and is capable of knocking out pretty much anybody if he lands on the button. Lewis is coming off a brutal KO win over Curtis Blaydes where his game was on vintage display. Lewis got outstruck 28 to 7 and landed just 30% of his significant strike attempts, but won the fight with a one-punch knockout after timing a counter uppercut during a Blaydes takedown attempt. Lewis can be a bit passive at times as he waits for the big counter, which has contributed to him landing just 2.5 significant strikes per minute, a slow pace.

Lewis has fought elite competition and is one of the only fighters on the UFC roster to hold a win over UFC heavyweight champion Francis Ngannou. Lewis previously fought for the title against Daniel Cormier in November 2018, but lost via submission.

There are a few ways to attack Gane based on his style that could be effective. The first is pressure on the feet, which would keep Gane retreating on his back foot and make it difficult for him to use his kicking game. The second is chain wrestling, which would help diminish the effectiveness of his kickboxing and leg kicks, because throwing leg kicks leaves a fighter more susceptible to takedowns due to being off-balanced combined with extending the leg.

Lewis doesn’t fit either of these descriptions, as he is more of a counter striker who does not have strong wrestling. Lewis’ style could play into Gane’s strengths and keep the fight in a spot that is best designed for Gane to excel in.

Gane’s technical, methodical approach combined with Lewis’ patient counter striking could result in a more prolonged striking match, which makes Gane By Decision (+200), Over 4.5 Rounds (+145) or To Go the Distance: Yes (+150) potential betting options for a plus return on DraftKings Sportsbook. While Lewis has the elite punching power to finish this fight quickly, he has also been prone to slow-paced decisions, most notably in his fight against Francis Ngannou where he landed just 20 significant strikes in 15 minutes. This fight could end up looking a lot like Gane’s recent fight against Jairzinho Rozenstruik, which went the distance after 25 minutes. Rozenstruik was waiting on the big counter shot, but Gane’s technique, range and methodical approach did not present the opportunity, and Gane won a comfortable decision on points.

While Gane is the rightful favorite in a good matchup, Lewis has a path to victory. Lewis’ elite punching power makes him a dangerous opponent for anybody and a threat to score a TKO/KO win (+450). Gane is elite at protecting his chin through distance management, but does not always protect his chin with his hands, which could leave him exposed to a power shot if Lewis is able to get inside his punching range. 20 of Lewis’ 25 career wins are by KO/TKO.

Ultimately, Gane is more skilled than Lewis and should be able to work Lewis over and win. Lewis has been stopped by strikes four times in his UFC career, so Gane by KO/TKO (+130) is in play, but a potentially slow pace to this fight could result in a decision win on points, similar to Gane’s recent win over Jairzinho Rozenstruik.

Place your UFC bets at DraftKings dedicated page or by downloading the DraftKings Sportsbook app.

Ciryl Gane is the most expensive fighter on this week’s DraftKings fantasy MMA slate, but he is worth paying up for at $9,400. As a -380 favorite, Gane is the biggest favorite on the card according to DraftKings Sportsbook. This makes Gane arguably the safest play on the slate. A five-round fight also allows more time to generate fantasy scoring. Gane is averaging 92 DraftKings fantasy points per fight, the second-best mark on the slate.

Jose Aldo ($8,600) also carries fantasy appeal this week. Aldo will have a substantial five-inch reach advantage over Pedro Munhoz, and Munhoz has absorbed a lot of strikes, taking about six significant strikes per minute in his UFC fights. The reach advantage combined with Munhoz’s tendency to get hit with strikes gives Aldo fantasy scoring upside.

The main DraftKings fantasy MMA tournament has a massive prize pool of $750,000 this week. Enter the contest for only $25 here.