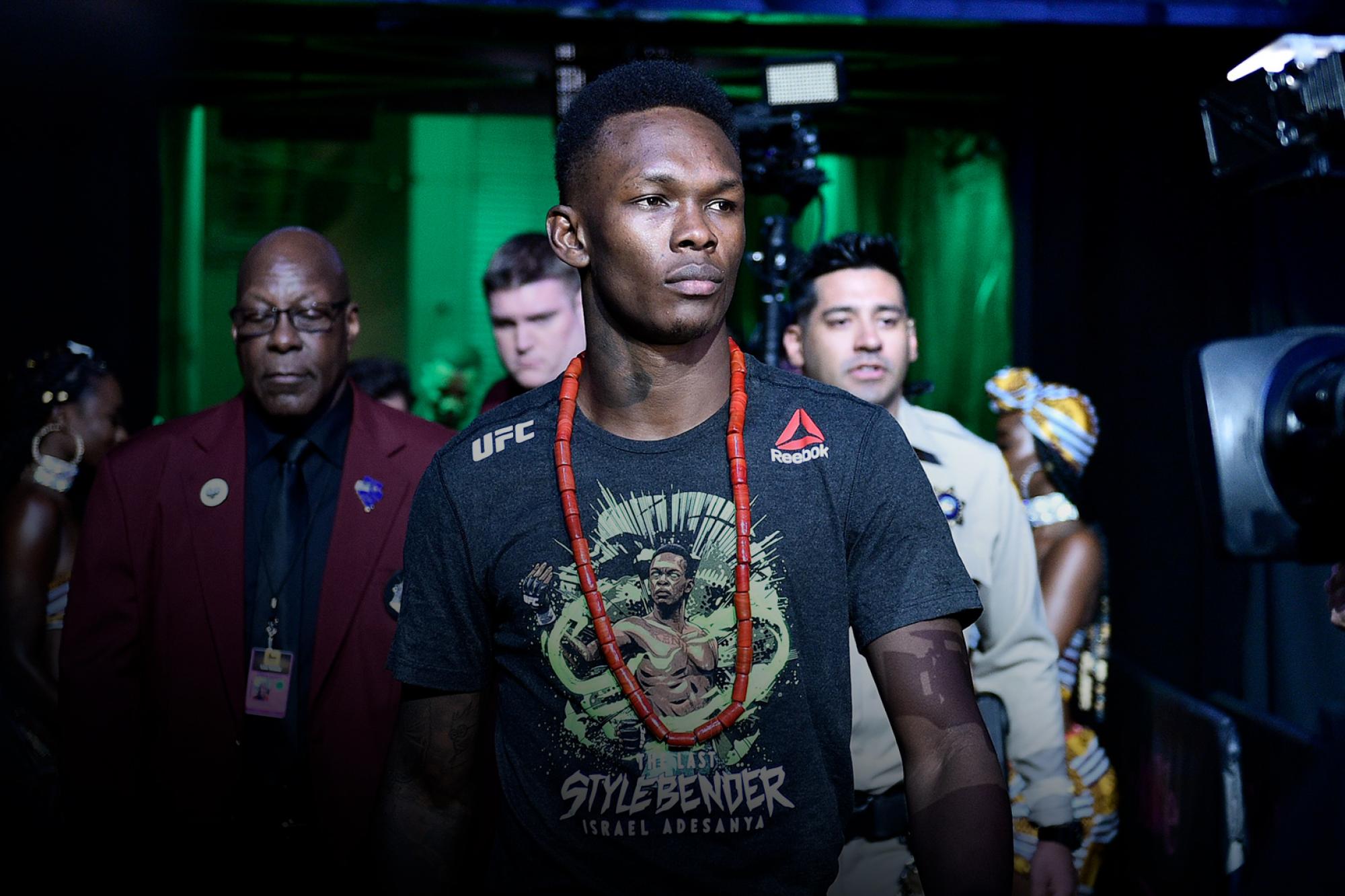 UFC 253 Where We Stand: Middleweight

With the middleweight belt on the line this weekend, we take a look at the state of the 185-pound division.
By Zac Pacleb, on Twitter @ZacPacleb • Sep. 22, 2020

The middleweight division is in as exciting a spot as ever with its entertaining mixture of personalities as well as distinct fighting styles. Currently lorded over by Israel Adesanya, the 185-pounders have shown a penchant for exciting and technically proficient fighting that makes any top-tier bout worth watching.

As the division goes under the microscope when Adesanya defends his belt against Paulo Costa in a rare clash of undefeated fighters, we look at the top of the division to see what lies ahead for the middleweight division.

Outlook: While Israel Adesanya’s interim middleweight title bout against Kelvin Gastelum at UFC 236 is largely considered his toughest test to date, it felt like Adesanya’s stock took its biggest hit in his most recent tie with Yoel Romero – not because Romero exposed any explicit holes in “The Last Stylebender” but because of the slow nature of the fight. What was lost in the post-fight complaints was the fact that Adesanya took the fight without reason to give Romero a shot at the belt and did in fact defend his title. With that more than six months in the rear-view window, Adesanya has a perfect dance partner in Paulo Costa to make up for the performance against Romero. Should he get through the Brazilian, Adesanya has a handful of rising contenders who present different challenges for the algorithm that is his fight IQ to solve. 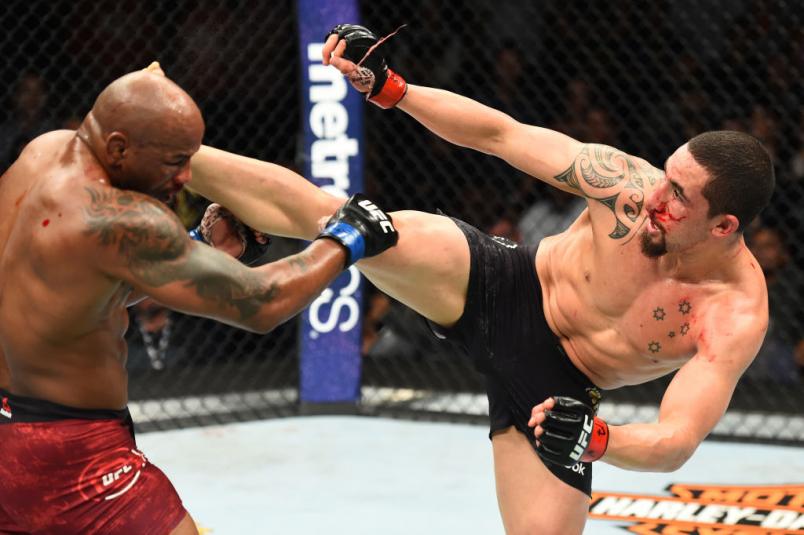 Outlook: Questions swirled around Robert Whittaker after he lost his belt to Adesanya at UFC 243 via second-round knockout. Injuries riddled his reign as the middleweight champion, and despite winning a pair of wars with Yoel Romero, some wondered how much 10 rounds with the Cuban might’ve taken out of the New Zealand-born Australian. Whittaker confessed to feeling a bit burnt out, but he put many concerns about his fighting ability back to bed when he engaged in a tense, fun battle with Darren Till in July. Whittaker showed his well-rounded game, mixing up his wrestling just enough to keep Till honest while also going toe-to-toe with the notoriously technical Scouser. Still just 29 years old, Whittaker is as tough and dangerous as anyone in the world when he’s on his game. One could argue that his bout against Adesanya was an off night for him, but what’s certain is that he’s right back in the mix for a title shot and could very well deserve a rematch with Adesanya sooner than later. 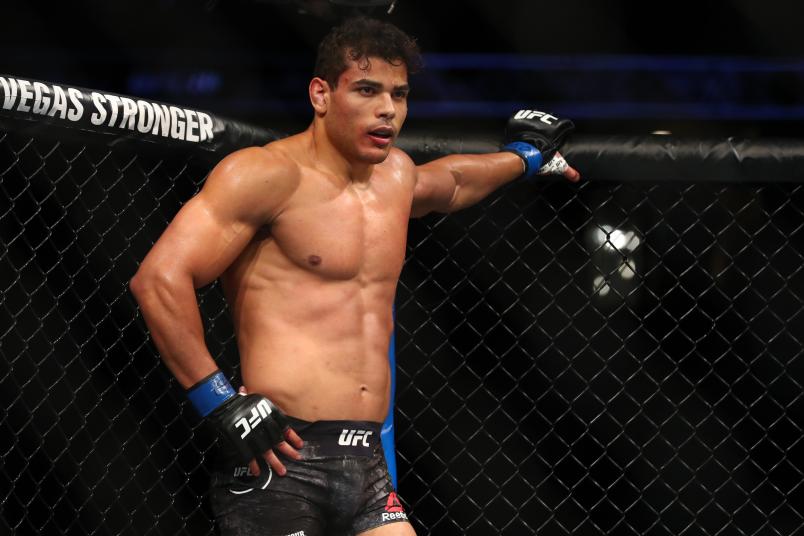 Outlook: “Borrachinha” finally gets his title shot in a fun stylistic matchup with Adesanya at UFC 253. Paulo Costa’s rather fast ascension up the middleweight ranks is impressive – his only win by decision was a three-round banger against Yoel Romero at UFC 241 – and helpful in terms of moving the middleweight division along. Costa hasn’t fought anyone currently in the top nine other than Romero, so whether he attains the belt or falls short, there’s plenty of fights for the Brazilian wrecking ball at 185 pounds to either line up contenders or rebuild his case for another title shot. Costa is still just 29 years old, and given his resume thus far, there’s little reason to doubt he’ll be in the mix at the top for at least the next few years. 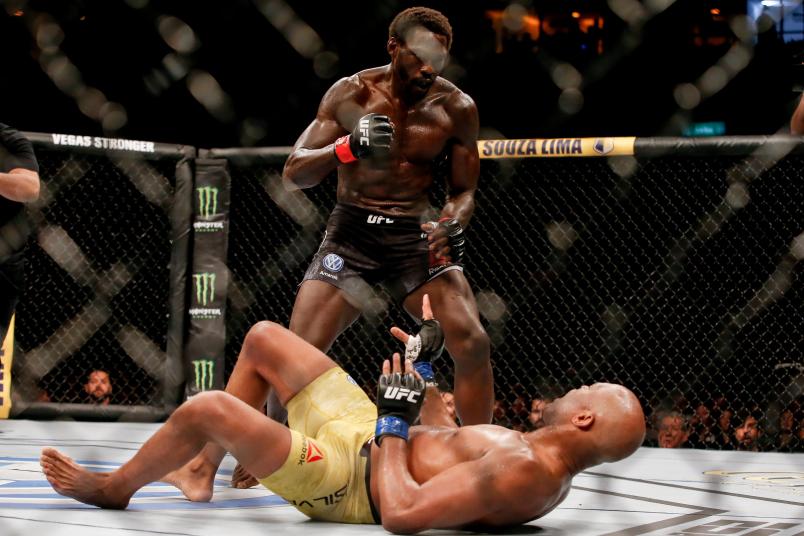 Outlook: It’s mind-boggling to look at Jared Cannonier and remember he was knocking people out as a heavyweight a little more than four years ago. Since then, he had a checkered run at light heavyweight before moving all the way down to 185 pounds in November 2018. Since then, though, “Tha Killa Gorilla” was on the run of his life, scoring three TKO victories over David Branch, Anderson Silva and Jack Hermansson to announce himself as a very real player in the division. He was tied to bouts against Robert Whittaker and Darren Till early in 2020, but a torn pectoral muscle forced him to the sidelines for much of the year. Now, though, reports of a bout with Whittaker have flared up again, and that could be the fight to propel Cannonier to the top of the list for a title shot. He and Adesanya have built plenty of mutual respect as they’ve run through the division, and it’s clear Cannonier has every bit the strength, skill and power to make waves among the weight class’s elite. 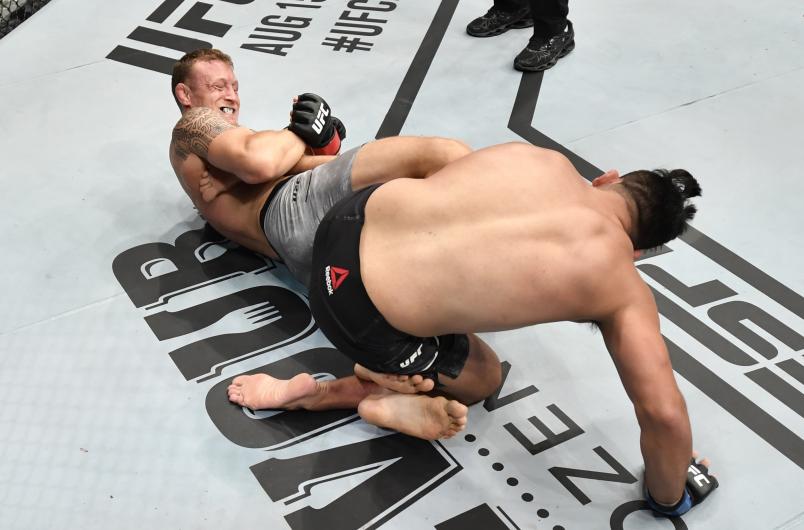 Outlook: Jack Hermansson was one win away from really announcing himself as a major contender in the middleweight division when Cannonier stole the thunder via second-round TKO in September 2019. Before that though, Hermansson went on an impressive four-fight winning streak that featured three finishes and a short-notice main event win over Ronaldo Souza less than a month after submitting David Branch in 49 seconds. Hermansson is definitely as dark of a horse as one could be while also having a top-5 ranking, and he could be the most well-rounded finisher in the division given his track record of submissions and knockouts. “The Joker” is a bit of a chaos agent and testing himself against a kickboxing mastermind like Darren Till would be good to satisfy any questions about his own striking acumen. 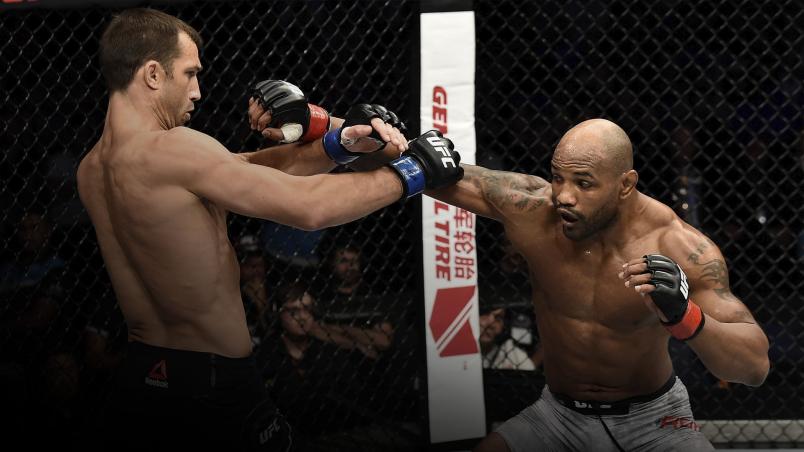 Outlook: Yoel Romero is in the tricky spot of having fought the top three contenders in the division and having lost to each of them. The “Soldier of God” remains one of the scariest fighters on the roster, but having lost four of his last five fights and at 43 years old, he isn’t in any real position to contend for a belt any time soon. It would require a handful of statement wins and some messiness at the top but, for now, Romero is the wall which any rising contender might meet. He has shown over his last three bouts that he still holds very real power and the explosiveness that makes him a tricky and dangerous puzzle to solve, but after his disappointing performance in last title bid, one has to wonder how much longer Romero can conceivably compete with the best.

Outlook: While just 1-1 at 185 pounds, Darren Till proved in his matchup with Robert Whittaker that he has the qualities that attributed to his fast rise up the welterweight rankings when he first broke through on the scene. The brash Liverpudlian seems rejuvenated, refocused and motivated as ever, despite having lost three of his last four fights and, at 27 years old, believes he has many more years in the game to give. On the other side of the coin, Derek Brunson revamped his approach to fights a bit and is on a nice, three-fight run that could have him primed for a top five opponent sooner than later. The 36-year-old is most known for his explosive, sometimes reckless, and powerful fighting style, but against Elias Theodorou, Ian Heinisch and Edmen Shahabzyan, Brunson showed patience and diligence in shutting down his opponents’ offense. His win over Shahbazyan was an exclamation point on this run, handing the young prospect his first professional loss. Brunson looks to have put it all together since moving to Sanford MMA in Orlando, and while he was brushed off as a gatekeeper at 185 pounds, he is very much a problem for any middleweight ranked above him.