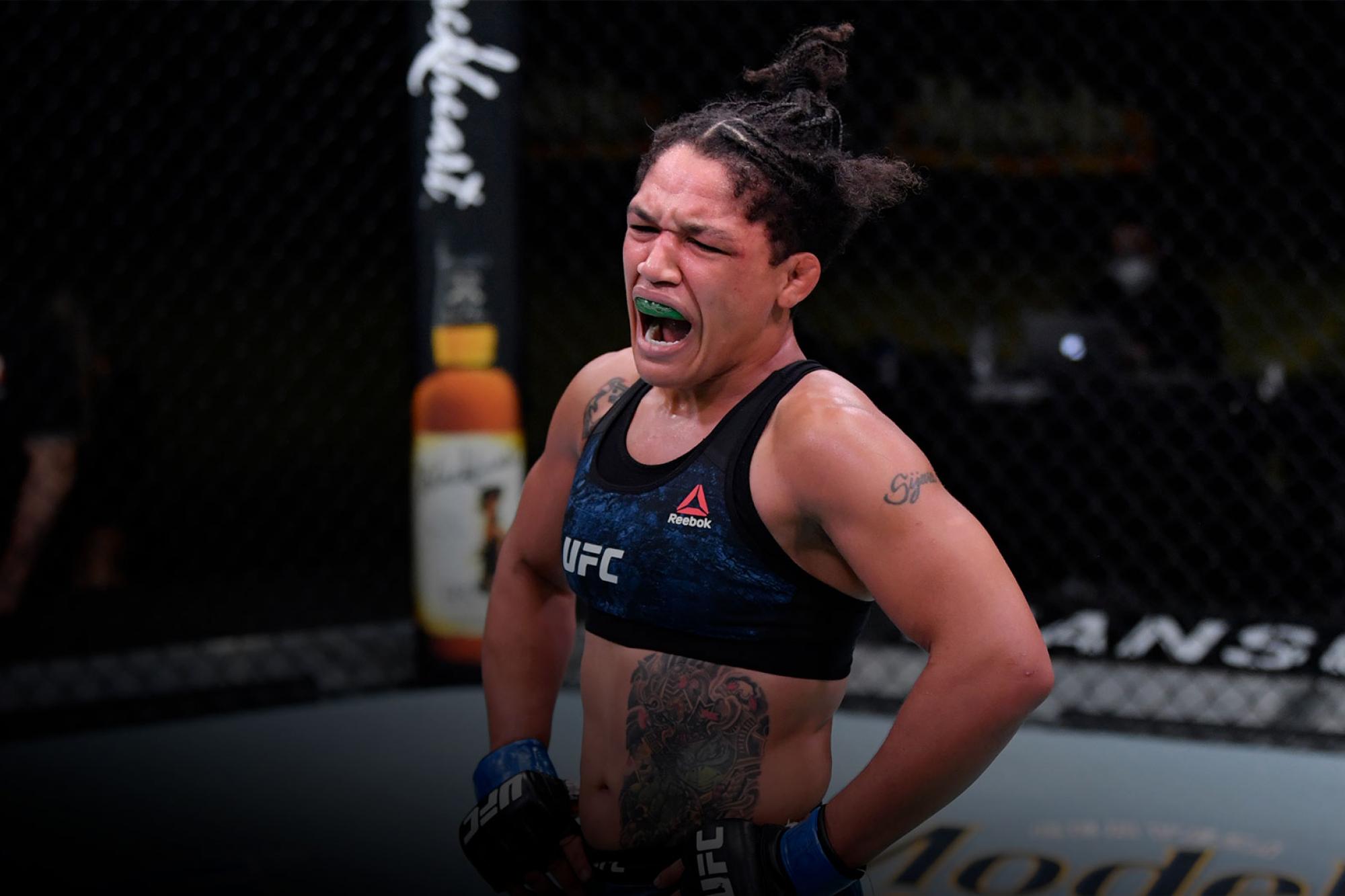 UFC 253 is Sijara Eubanks’ Shot at the Top

Sijara Eubanks is on a run that she hopes will end with a shot at the title
By Gavin Porter, on Twitter: @PorterUFCnews • Sep. 24, 2020

Sijara Eubanks is about to complete the UFC pandemic era trifecta.

“SarJ” beat Sarah Moras at UFC Jacksonville in May, took care of business against Julia Avila in the UFC APEX in mid-September and now she’ll face Ketlen Vieira on UFC 253 on UFC Fight Island.

The fact that Eubanks is even facing Vieira is wild. Just ten days ago, she fought Avila at UFC Vegas 10. She received a phone call when she was back home in New Jersey with the opportunity to fight the sixth-ranked Vieira and she couldn’t miss out on what she calls “the challenge of a lifetime”.

Once she sets foot in the Octagon on September 26th Eubanks will become the only fighter to have fought in all three venues, and even though she’s happy to make history, all that matters is defeating Vieira.

“There have been a couple to quick turnaround during COVID, but I think I might be the only one to fight in Jacksonville, Las Vegas and Abu Dhabi, so that’s a feather in my cap,” Eubanks told UFC.com. “It’s a win-win for me. I don’t see where the downside is in this opportunity at all. She’s got a great record, was number two at one point, and I’m coming in as an underdog again. That’s my favorite position; I don’t mind being the underdog at all.  Winning this fight is gonna shoot me to the top in a crazy way and that’s where I’m heading anyway. I’m heading to the top.”

The 35-year-old Eubanks has long been considered a fighter that could rapidly rise up the ranks, and after some trials and tribulations at flyweight, she’s found her true home at bantamweight. She proved it with a Fight of the Night performance against contender Aspen Ladd and she’s won two in a row heading into UFC 253.

It took Eubanks a little time to realize that the fight game wasn’t a sprint, but a marathon. Now that’s she’s logged more and more time inside the Octagon, she has her sights set on a real run to the top of the division.

“I have been on a great streak. My career has had some ups and downs, but it just teaches you how to be tough,” Eubanks said when reflecting on her UFC career. “It kind of weeds out the weak and it makes me feel like I’m tough and makes me feel like I can get through anything if I can get through those ups and downs and be able to get up and dust yourself back off. I feel like I finally made some of those mental changes, those physical changes, I got a great camp behind me, a great team behind me and we’re just on a f****** roll.”

There is no doubt in Eubanks’ mind that if she can leave Abu Dhabi with a victory over Vieira that she will insert herself into the contender conversation.
And that’s exactly where she’s always dreamed she would be.

“I’m already at the best position of my career and it’s going to be unbelievable where I’m going to be next because I’m just going to be right at the top,” Eubanks said. “This is like a little boost [kicks the air] POW! Straight to the top.”

Don’t miss Eubanks battle Vieira on UFC 253, which begins at 10pm ET / 7pm PT and is available only on ESPN+ PPV.