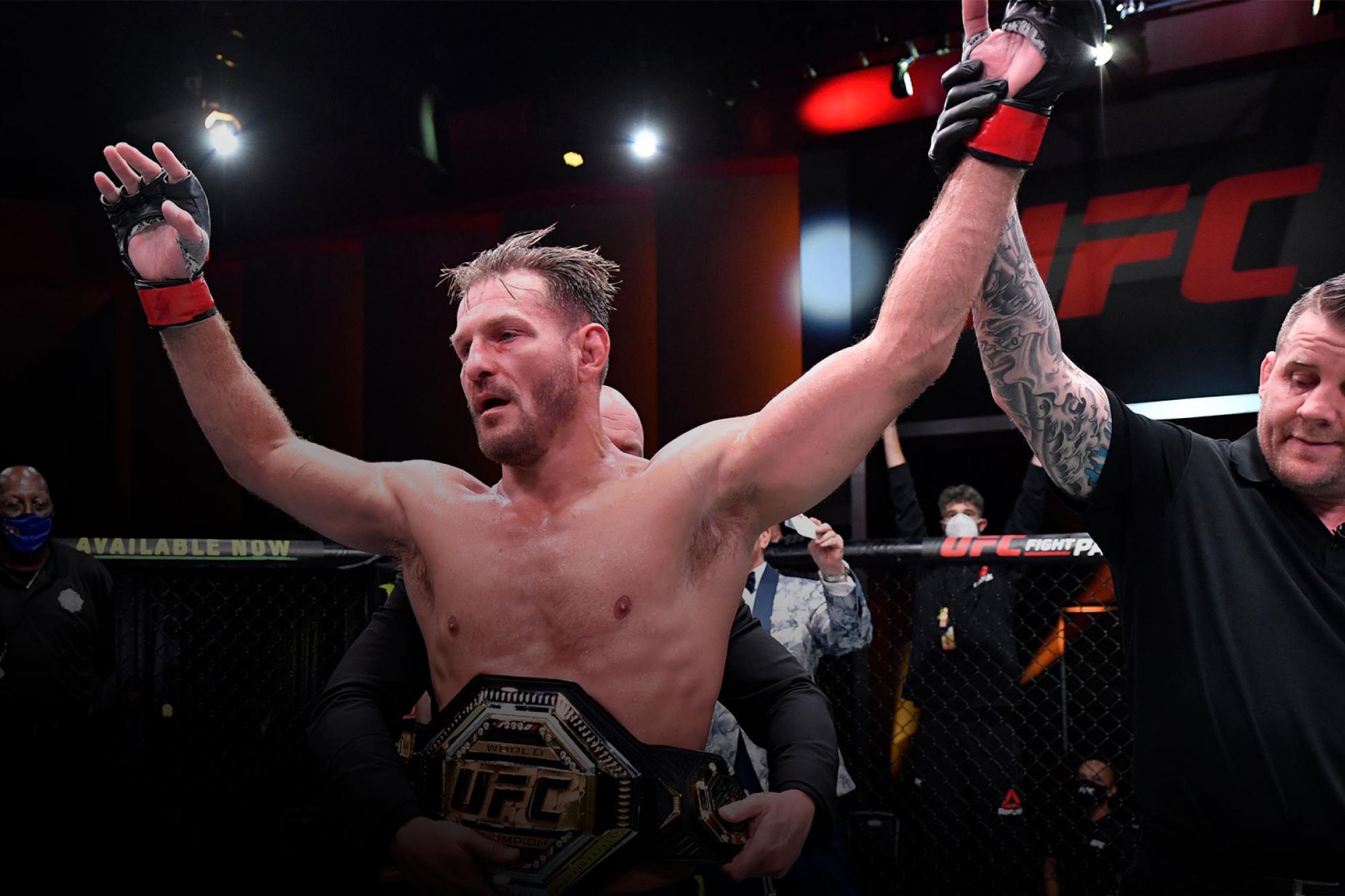 Saturday’s UFC 252 event is in the books, and now that the dust has settled in “The Fight Capital of the World,” it’s time to go to the scorecard to see who the big winners were at the Apex.

What to say about Stipe Miocic and his ascension to the top of the all-time great heavyweights list? He’s not going to say it for himself by screaming from the cheap seats because that’s not his style. So let’s just look at the resume and let that speak for him. Two wins over Daniel Cormier, victories over former champs Junior Dos Santos, Fabricio Werdum and Andrei Arlovski, as well as wins over top contenders Francis Ngannou, Alistair Overeem and Mark Hunt. There’s really no argument for his place atop that list, and if he walked away on Saturday, no one would have blamed him because there’s nothing left to prove. But fighters fight, and Miocic is a fighter down to his core, so I expect he’s still got some fire in his belly to compete, and as dominant as his first win over Ngannou was, I’m not alone in wanting to see it again.

If you’re in this game long enough, you will see careers begin and end, and it’s interesting to see how those fighters evolve over that length of time. I’ve covered Daniel Cormier since he was in Strikeforce, and through all the big fights, the wins, the losses and everything in between, he’s one of a handful of people who never changed. From the start, he was a regular guy and I mean that as the highest of compliments. For an elite athlete and soon-to-be superstar to keep that enthusiasm for life and that down-to-Earth demeanor over the course of a pro sports career is remarkable for its rarity, and at least from this corner, it’s greatly appreciated. So while he didn’t get the result he wanted in his final bout against Stipe Miocic, Cormier went out fighting and he went out on his own terms. Put that in the rare column as well. Now he and his family can enjoy the birth of Luna in October and soon enough, we’ll see “DC” back at Octagonside enjoying the fights. But first, vacation. You earned it, man.

That’s why they fight the fights. The buzz all last week was about the emergence of Sean O’Malley as a star, and I have no doubt that “Sugar” Sean will reach those heights in his career. But on Saturday night, it was an underrated veteran with a great story who took the spotlight for his own. And if you know Marlon Vera’s story, you have to be happy for him. Hailing from a place that is far from a hotbed producing UFC fighters left and right, Ecuador’s Vera came to the United States to chase the American Dream, and after bringing his family over, getting surgery for his daughter’s Moebius syndrome and buying a house, scoring the biggest win of his UFC career had to be the icing on the cake. Until the next big fight, which Vera will once again be confident of winning.

If there were any lingering doubts in the mind of Jairzinho Rozenstruik after his 20-second loss to Francis Ngannou in May, he extinguished them in the eight minutes and 47 seconds it took for him to knock out former UFC heavyweight champion Junior Dos Santos on Saturday. Sure, JDS has been going through a rough spell as of late, but he looked confident and comfortable in the Octagon before the sudden end, and that’s what makes Rozenstruik dangerous. Just like his late win over Alistair Overeem, Rozenstruik has the power to change a fight with one punch, and that will make him must-see TV as long as he straps the gloves on.

Owner of a 14-0 record when she entered the Octagon for the first time in 2019, Virna Jandiroba didn’t get any favors when she debuted against former world champ Carla Esparza, but since then, the former Invicta FC titleholder has looked like a serious threat to the UFC elite, with the second of her two wins last weekend really putting a stamp on things, as she submitted Felice Herrig in less than two minutes. In a stacked strawweight division, it looks like Carcará is going to make some noise in the next 12 months.