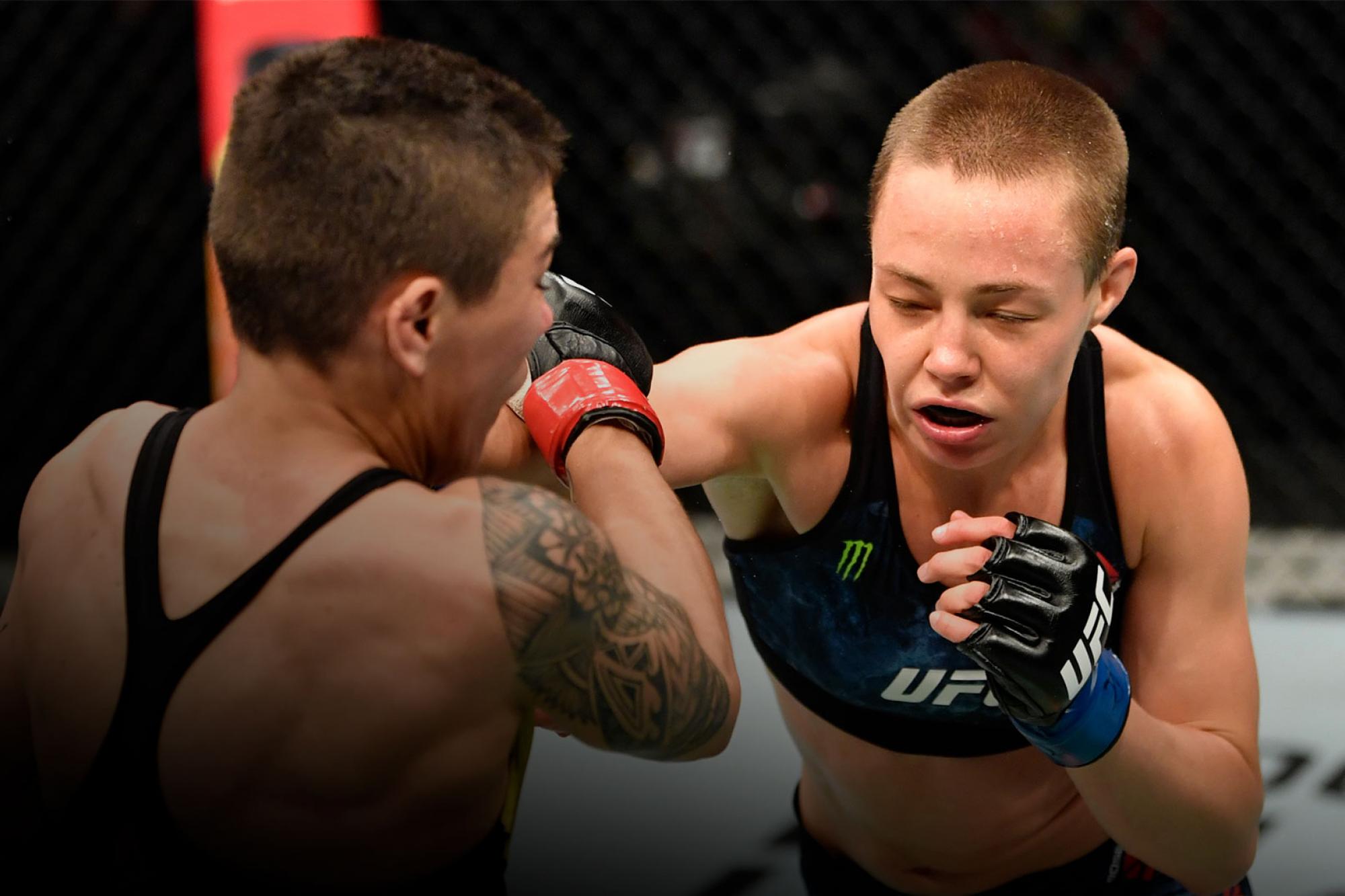 A rematch of a strawweight title bout, former champions Rose Namajunas and Jessica Andrade locked horns again as the two vied for the inside track at another shot at the belt, ultimately ending in a split decision victory for Rose Namajunas.

Off the bat, Andrade displayed improved head movement, which allowed her to avoid many of the long, rangy strikes from Namajunas. However, Namajunas varied her attack and stayed effective despite Andrade’s adjustments.

The second round saw Namajunas’ smooth striking keep Andrade out of rhythm and at bay. Andrade still landed heavy shots, but Namajunas continued her patient and methodical attack as the fight moved into the final frame. Andrade had her best round in the last five minutes, connecting with a hard right hand that led to a takedown. Namajunas fished for a submission off her back as her left eye quickly swelled, but eventually, she got back to her feet, where she stunned Andrade with her own combo. The two continued to trade as the bell rang, and two of the judges saw it for “Thug” Rose, who set herself up with a good case to challenge champion Zhang Weili next.

Davey Grant secured the biggest win of his career, bouncing back from early adversity to land a stunning left hook in the third round.

Facing a tough opponent in Martin Day, Grant showed the improvements in his striking, but an overconfident rush created a chance for Day, who rocked his opponent with a right hand. Grant later told UFC President Dana White he broke his jaw in the first round, but he recovered quickly and got back to his feet. Grant returned the favor in the second round and then brought the fight to the ground, where he almost secured an armbar submission. When Day pressed forward in the final round, Grant exchanged willingly before landing the defining blow midway through the third frame.

UFC debutant Jiri Prochazka lived up to the hype in his anticipated debut against light heavyweight contender Volkan Oezdemir with a vicious knockout in the second round.

Oezdemir pressured Prochazka early, but Prochazka showed his unorthodox movement and style, as well as the ability to trade heavy shots with the former title challenger. The fight kept its high pace through the first round, and Oezdemir debatably landed the heavier shots, but Prochazka took them well. Prochazka pressed forward in the second round, connecting with a high kick that stunned his foe. He swarmed quickly after, eventually connecting with a right hand that separated Oezdemir from consciousness and secured his first UFC win.