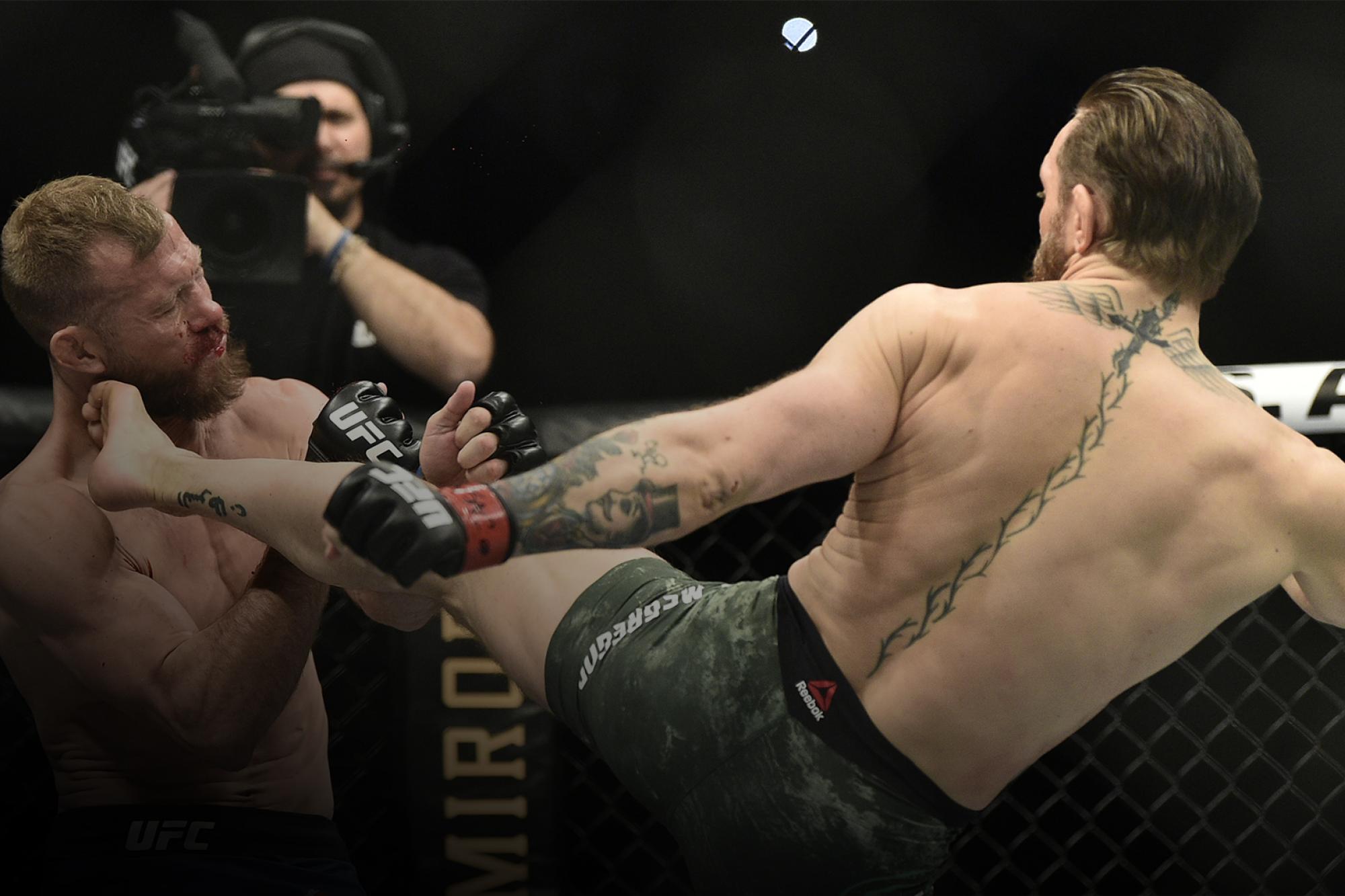 Saturday’s UFC 246 event is in the books, and now that the dust has settled in Las Vegas, it’s time to go to the scorecard to see who the big winners were at T-Mobile Arena.

As confident as Conor McGregor is before every fight, he had to know that getting a win on Saturday night over Donald “Cowboy” Cerrone was going to dictate whether he remained in the spot he’s in on the MMA landscape. A loss, and it’s a long road back. A win, well, we saw what happened in just 40 seconds in Las Vegas, and once again everyone is talking about “The Notorious” one. And after his spectacular victory, one which got the UFC’s 2020 campaign off to a big start, any fight with his name attached to it – whether it’s against Khabib Nurmagomedov, Jorge Masvidal, Kamaru Usman, Nate Diaz, Justin Gaethje or Tony Ferguson - is a mega-event. Just the way the Dubliner likes it.

At UFC 246, Roxanne Modafferi reminded us all of what experience can do in the Octagon, and while the gutsy Maycee Barber still has a bright future in the sport and the potential to reach her goal of becoming the youngest champion in UFC history, it was the night of “The Happy Warrior” in Vegas. A veteran of over 16 years in the pro MMA game, Modafferi was expected by many to be run over by the young gun from Colorado, but on one of the biggest stages of her career, Roxy shut out her foe to produce a victory all fight fans were talking about. And though it was Modafferi’s night, kudos to Barber for battling through what turned out to be a complete ACL tear in her knee, showing once again the toughness that’s almost routine among prizefighters.

Nothing against the under-40 crowd, but even though I’m supposed to be objective, when a fighter over 40 is in the Octagon, I’m silently cheering for him or her. And how can you not root for Russia’s “Boa Constrictor”? One of the deadliest finishers in the game, Oleinik is someone you can show to your ground game-phobic friends when they cry for the referee to stand a fight up. He is always looking to end the fight as soon as possible, and his variety of attacks on the ground makes every trip to the mat a compelling one.

Teaming up for the number four spot this week is a pair of veterans who are no longer flying under the radar. And that’s the beauty of combat sports, the reality that, eventually, a fighter will get his chance to shine in a high-profile matchup, and then it’s up to him to deliver. And that’s just what Ferreira and Dober did against former world champion Anthony Pettis and hot prospect Nasrat Haqparast, respectively. And with those finishing victories, it’s off to another high-profile matchup and another and another and you get the picture. Saturday night was a big one for these lightweights.

Only two fights into his UFC career and Askar Askarov may find himself in the flyweight title race should he win another fight later this year. That’s pretty impressive, but more impressive is the way Askarov fought against one of the toughest outs in the division in Tim Elliott. Showing off his usual acumen on the ground, Askarov also displayed a sharp striking attack, and that mix has already made him a fighter to watch at 125 pounds.