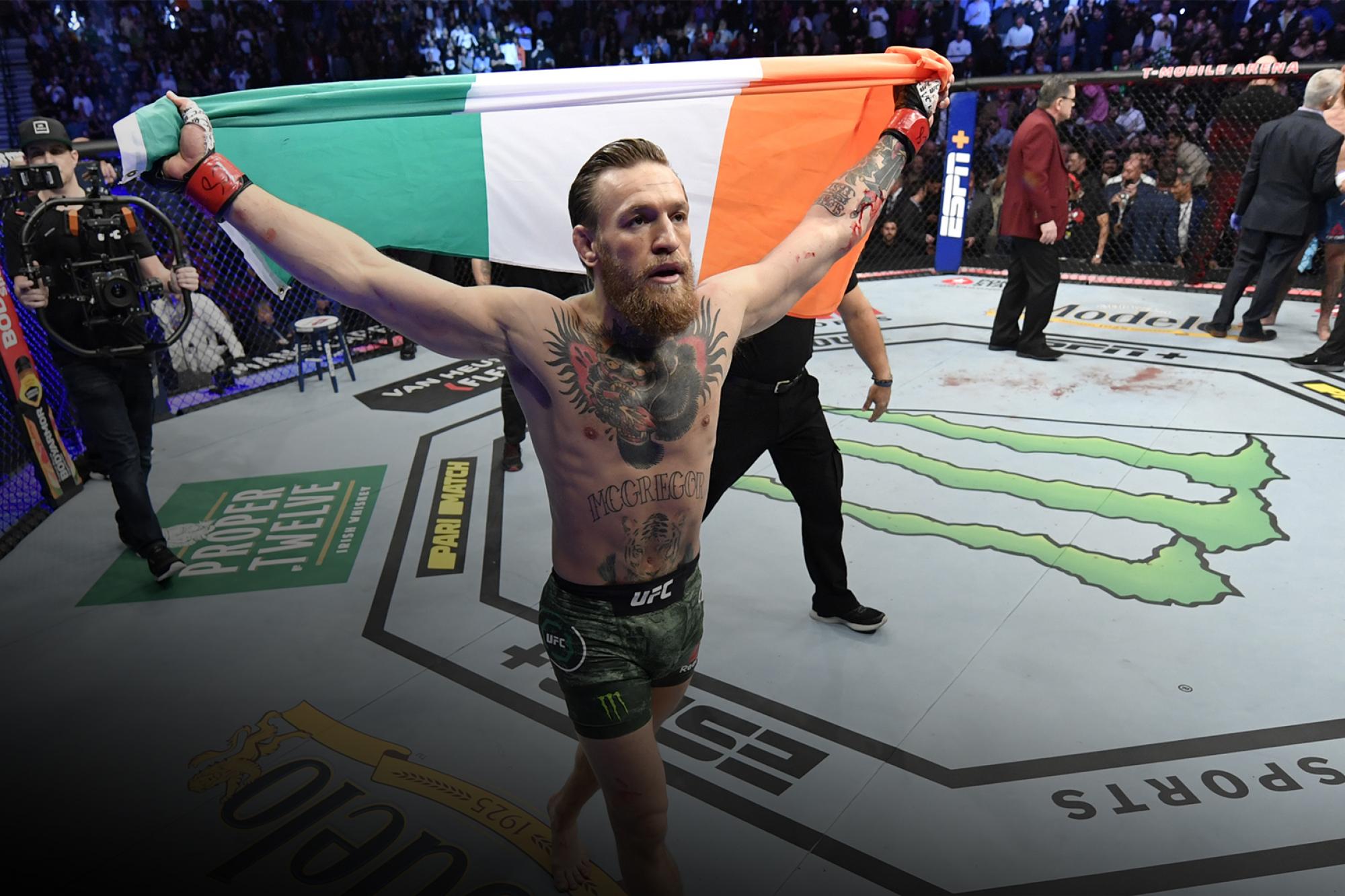 The Talking Points and Bonus Winners of UFC 246
By Zac Pacleb, on Twitter: @ZacPacleb • Jan. 19, 2020
Performance of the Night
Conor McGregor

We didn’t get the usual smack-talking, adversarial Conor McGregor during fight week, but the McGregor of old showed up and reminded everyone just how dominant he can be when focused. Moreover, it wasn’t the patented left hand that did the trick. Rather, Donald Cerrone ducked McGregor’s first offering, but “The Notorious” rattled “Cowboy” with a few shoulder checks before the two broke apart. A swift head kick stunned Cerrone, and from there, it only took a few ground strikes to stop the fight.

This is the McGregor that lit the mixed martial arts world ablaze before taking that momentum into his lucrative boxing detour, and it absolutely widens the scope of what 2020 could bring. Whether that means staying at welterweight for an ultra-fun contest with Jorge Masvidal or a No. 1 contender fight at lightweight with Justin Gaethje or even a direct shot at a rematch with Khabib Nurmagomedov should the champion successfully defend his title against Tony Ferguson, the combat sports world is at McGregor’s fingertips once again.

It took a little longer than he might have anticipated, but Aleksei Oleinik added another submission win to his long, long career. Maurice Greene showed he was more than game when it came to scrambling on the ground with the 72-fight veteran, but one can only avoid Oleinik’s slick ground game for so long. A transition to an armbar paid off, and Oleinik remains in the heavyweight mix at the age of 42.

In his first bout since December 2018, Brian Kelleher locked up a submission win to spoil the debut of Ode’ Osbourne in the first round.

Realizing Osbourne’s skills on the feet, Kelleher opted for a grappling-based attack and showed off his prowess there, bullying his way to the fence. While Kelleher maintained control, he also had to fend off Osbourne’s strong elbows. Soon enough though, Kelleher scrambled, locked in a tight guillotine and forced Osbourne to tap.

Six wins in a row in the lightweight division is impressive in its own right, but Ferreira submitting Anthony “Showtime” Pettis speaks to the run of form Ferreira is in on this winning streak. Even though Pettis fired a few good shots at Ferreira, whenever Ferreira got his hands on the former lightweight champion, he was dominant. In the second round, it didn’t take much for Ferreira to take Pettis down, get his back and secure a rear naked choke victory. Ferreira is as poised as anyone in the surging Fortis MMA gym to make some noise in 2020.

Dober’s status as medium-sized underdog heading into his bout with Nasrat Haqparast was a little confusing before the two stepped into the Octagon, and what Dober did once the fight started made the odds even stranger. It took a grand total of 70 seconds for Dober to pick up his second-straight first round finish, dispatching Haqparast with a counter left-hand before finishing him on the ground. One of the nicest guys on the roster, Dober is putting something together and might have earned himself status above a stepping stone for a hot prospect.

Everyone figured Roxanne Modafferi would turn into the next name on Maycee Barber’s list en route to a title shot, but the longtime veteran had more than something to say. Barber’s serious knee injury sustained in the fight will likely take the headlines, but Modafferi took the first round on all three judges' scorecard.

Displaying an improved, much more fluid standup game and eventually getting to her bread-and-butter on the ground, Modafferi made a big statement against one of the brightest young stars in the promotion.

On a night where not every young prospect made good on their opportunity to shine, Sodiq Yusuff rose up to the occasion in a fun fight against Andre Fili. The first round was exactly as action-packed as everyone hoped, with both fighters finding success in striking exchanges as well as in mid-fight adjustments, but in the second round, Yusuff showed he has much more than slick boxing. Yusuff scored a takedown early in the second round and controlled the experienced Fili for the entirety of the frame. Although Fili turned it up in the third round to make life tough, Yusuff weathered the storm and made a strong case for a top 15 opponent in his next fight.