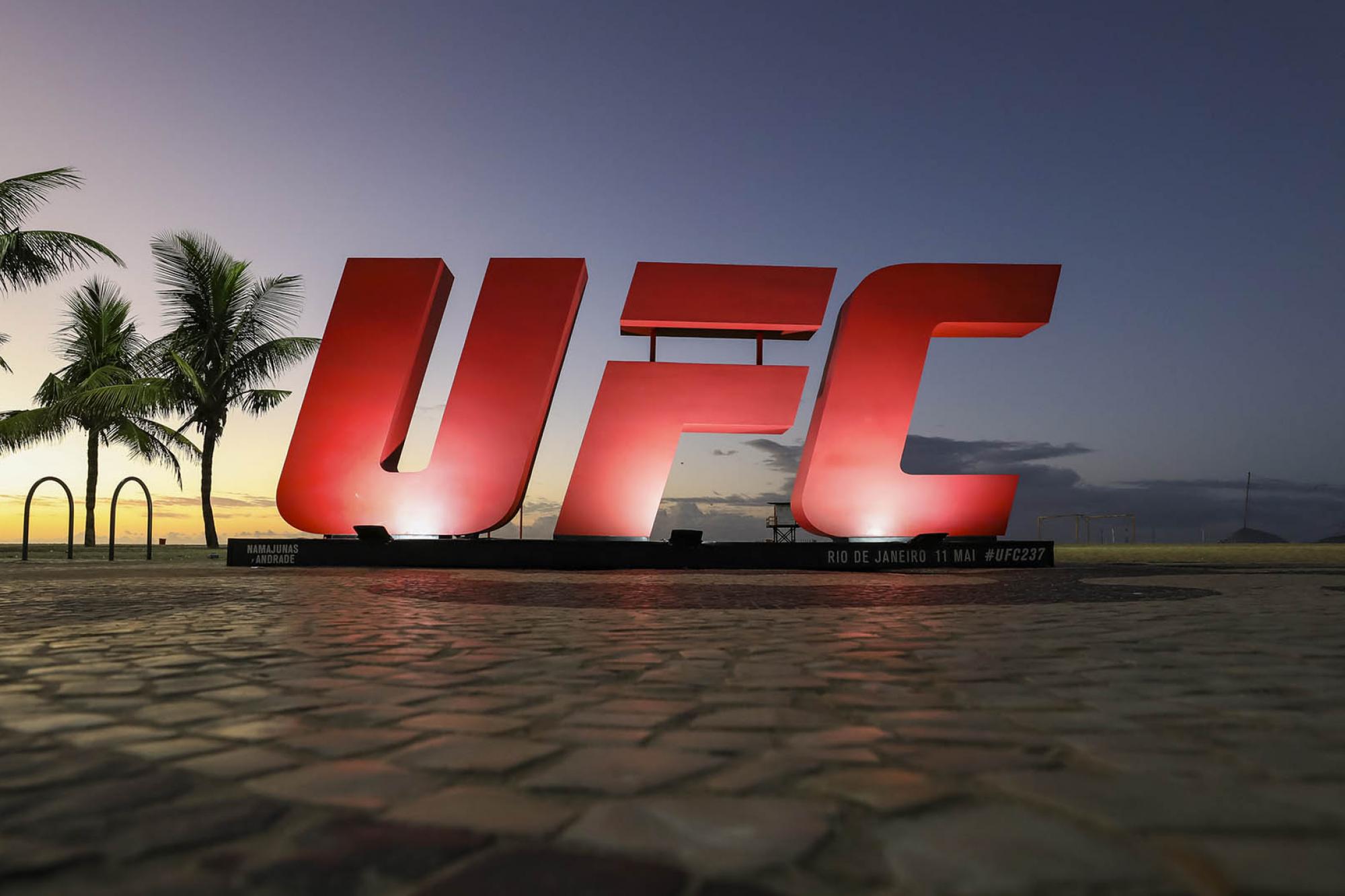 We've Got The Rundown Of All Your Brazilian Bouts, From Top To Bottom
May. 6, 2019
Rose Namajunas vs Jessica Andrade

Following a pair of fights against Joanna Jedrzejczyk to cement her place as the strawweight champion, Rose Namajunas will move onto new competition at UFC 237 when she faces Jessica Andrade in the main event. Andrade has been on a tear lately with three straight wins, all against ranked opponents, including a knockout in her last fight against former title challenger Karolina Kowalkiewicz. Andrade might be one of the most offensive-minded fighters on the entire UFC roster as she is constantly putting pressure on her opponents and always looks for the finish. Andrade came up short in her previous bid to become champion but now she’s looking for a different outcome against Namajunas, who will attempt to successfully defend her title for the second time. Namajunas has evolved dramatically in her past few fights as she has combined a technical kickboxing arsenal with her world-class submissions. Namajunas is good everywhere and that will play to her benefit in a fight against someone like Andrade, who can finish the fight on the feet just as easily as she can on the ground. This promises to be a title fight for the ages.

Middleweight legend Anderson Silva wanted nothing more than to fight back at home in Brazil and now he’ll get his wish against upstart contender Jared Cannonier, who made quite a splash in his debut at 185 pounds with a knockout over David Branch. Cannonier has fought in three different weight classes in the UFC but it appears he’s found a real home at middleweight, where he’s got blinding power on the feet but isn’t giving up as much size to his opposition any longer. As impressive as Cannonier was in his middleweight debut, he’s now taking a step into the deeper end of the pool against Silva, who has faced the best fighters in the world for more than a decade. Silva has a few more years on him now but that makes him no less dangerous as he still displays some of the slickest striking in the entire sport. It will be a showdown of Silva’s technical prowess against Cannonier’s raw power in what should be a tremendous co-main event.

Former featherweight champion Jose Aldo may not have the 145-pound title around his waist anymore but he’s looked better than ever in his past two fights. Aldo has rattled off knockout wins against Renato Moicano and Jeremy Stephens to maintain his spot as one of the most dangerous fighters in the UFC. Aldo rarely allows himself to be drawn into a fire fight but that might be exactly what happens against Alexander Volkanovski this weekend. The former rugby player turned top-ranked mixed martial artist has looked unstoppable since first arriving in the UFC. Volkanovski is 6-0 inside the Octagon, including a statement win against Chad Mendes in his last outing. Volkanovski knows with a win he could be the next challenger for the featherweight title but he’s got the toughest test of his career in front of him at UFC 237.

Hear from Jose Aldo before his fight against Renato Moicano this weekend about why the former champ loves to fight.

In recent years, Thiago Alves has not only remained a stalwart on the UFC roster but he’s become of the best striking coaches in the sport, working with the likes of current interim lightweight champion Dustin Poirier. Now Alves will look to get his second straight win in a row after slipping by Max Griffin in his last fight. Alves has always been an exciting fighter with some of the best kickboxing in the sport and he’ll look to display that against second-time UFC fighter Laureano Staropoli. The Argentinean welterweight picked up a win in his UFC debut but now he faces a former title challenger with a long list of top-ranked opponents on his resume. If Staropoli can get the job done against Alves then he may be destined for a top 15 ranking in the future. For Alves, this fight is a chance to keep his momentum going while having another opportunity to compete at home in Brazil. 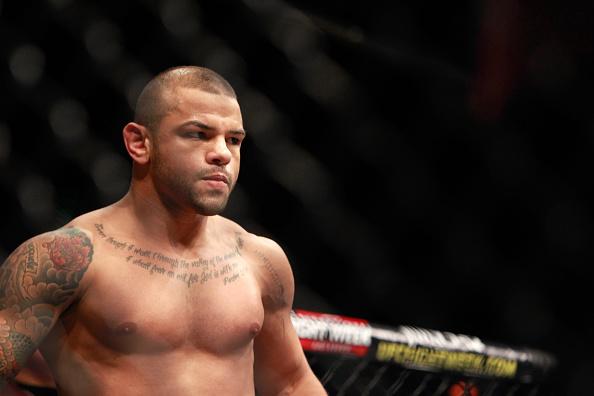 Irene Aldana will look to build on her past two wins in a row when she faces former title challenger Bethe Correia, who is returning for the first time in nearly two years. Correia was dealing with an eye injury that required surgery, but now that she’s healthy again, the Brazilian slugger is looking to re-establish herself in the women’s bantamweight division. Correia will get no easy test in her first fight back as Aldana has looked better than ever in recent wins over Talita Bernardo and Lucie Pudilova. Aldana is known for an exciting style while Correia loves a good standup fight so this matchup should produce plenty of fireworks. 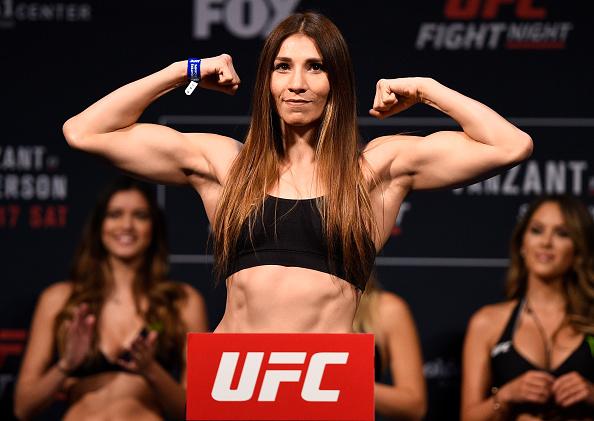 Perennial light heavyweight contender Antonio Rogerio Nogueira has earned knockout wins in two of his past three fights and now he gets the chance to compete at home in Brazil against Ryan Spann, who has been pegged as a prospect to watch in 2019. Spann made his way to the UFC via Dana White’s Tuesday Night Contender Series before picking up a win in his debut against Luis Henrique last September. If Spann hopes to move to 2-0, he will have to go through Nogueira, who has a huge edge on him when it comes to big fight experience. Nogueira has been facing the best fighters in the world for more than a decade and now he’ll go up against a young gun in Spann as he steps into enemy territory looking for the biggest win of his career.

Both Thiago Moises and Kurt Holobaugh are looking to establish themselves in the UFC after recent losses. Moises fell to former top 15-ranked lightweight Beneil Dariush in his debut while Holobaugh has dropped two straight after returning to the UFC by way of Dana White’s Tuesday Night Contender Series. Both fighters are more than capable of pulling off big wins and spectacular finishes so this will definitely be the chance for one of them to shine as part of the preliminary card from Rio.

For the past 18 years, UFC Hall of Famer BJ Penn has faced nothing but the best of the best when it comes to his competition, whether he was competing at welterweight, lightweight or featherweight. Now back at 155 pounds, where he was arguably one of the best champions the division ever produced, Penn is looking to get back in the win column for the first time since 2010. Meanwhile, Clay Guida has a similar mindset because he has taken on all comers while competing in two different divisions during his UFC career. Guida has gone 2-1 in his past three fights, including a first round TKO against Joe Lauzon back in 2017. Guida would love to add another legend to his resume while Penn looks to earn a victory to prove the old dog still has some bite left in him. 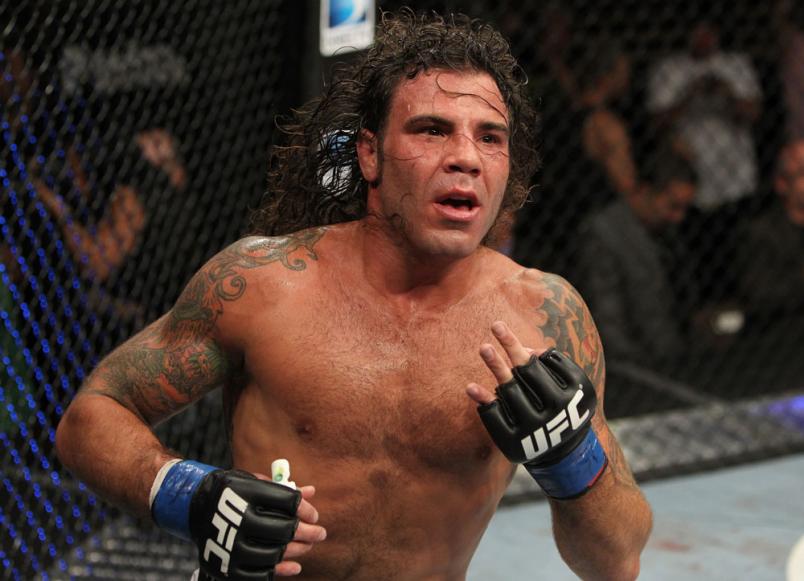 Luana Carolina joins the UFC roster after getting a win on the Contender Series and now she faces Priscila Cachoeira, who is still searching for her first win inside the Octagon after back-to-back losses. Cachoeira has faced some tough competition since arriving in the UFC, including her debut against current flyweight champion Valentina Shevchenko. Nobody wants to start a UFC career off three straight losses so there’s little doubt Cachoeira is going to do anything possible to get her first win while Carolina looks to build on a four-fight win streak in her Octagon debut.

Long considered a top prospect at welterweight, Warlley Alves will attempt to bounce back from a TKO loss in his last fight as he faces fellow Brazilian Sergio Moraes at UFC 237. Alves has picked up some big wins during his UFC career, including a submission victory over former interim champion Colby Covington. Unfortunately, Alves has failed to win consistently and he’ll try to change that starting with his upcoming fight on Saturday night. As for Moraes, he’s another perennial contender who has come up just short in his bids to crack the top 15 rankings in the past. Moraes is also coming off a loss in his last fight and he has never dropped two losses in a row during his career. It’s safe to say he doesn’t want to start now.

In another Brazil versus Brazil showdown, Talita Bernardo will look to build on her first UFC win as she faces Melissa Gatto, who is making her Octagon debut. Gatto is undefeated in her career with six wins, including several submission victories. She draws a veteran in her first fight as Bernardo looks for back-to-back wins following a unanimous decision victory in her last outing against Sarah Moras.

Following a knockout and a submission in his first two fights in the UFC, Raoni Barcelos will look to build on those two jaw-dropping finishes in his third appearance inside the Octagon as he faces newcomer Carlos Huachin, who accepted this challenge on short notice. Huachin has 14 fights on his resume, with six wins in his past seven fights. He has earned all of his recent wins by either knockout or submission, which means he’s more than capable of pulling off the upset in this fight. Barcelos will obviously do everything possible to stop him after looking like a future top 15 contender following back-to-back wins in the UFC.