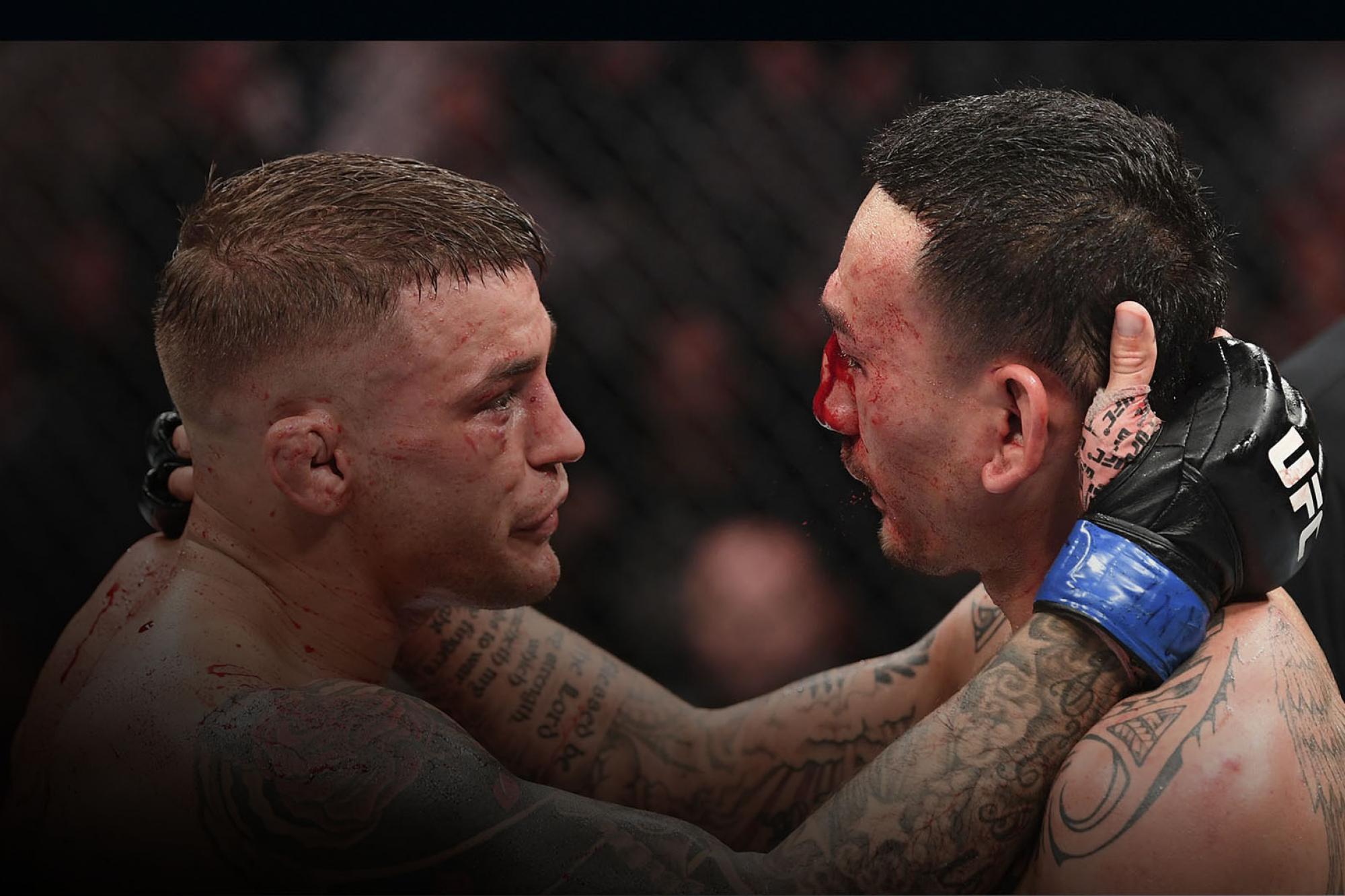 Who were the big winners from Atlanta's Saturday Slug-fest?
By Thomas Gerbasi • Apr. 15, 2019

Saturday’s UFC 236 event is in the books, and now that the dust has settled in Atlanta, it’s time to go to the scorecard to see who the big winners were at State Farm Arena.

A lot of us have been covering the career of Dustin Poirier for nearly 10 years. We’ve seen him as the fresh-faced kid in the WEC and the star of the acclaimed documentary Fightville, then as an always-evolving veteran, husband and father. In other words, after that long, objectivity tends to go out the window. So to see him finally get a world title belt around his waist was something none of us longtime scribes will forget. He earned it. No shortcuts. There’s really nothing more to be said.

If you’re going to cover this sport the right way, you have to have a little skepticism in your heart. If you’re going to be a New Yorker covering this sport, you’ve got that part down pat before you put your hands on the keyboard. So as good as Israel Adesanya had been in soaring to a world title shot after just five UFC fights, I didn’t know if he would be ready for: A) Kelvin Gastelum, who seemingly had the style to beat him. B) Rounds four and five of a championship match. And C) The power of Gastelum should the TUF winner land one of his bombs. Yet by the end of 25 minutes, Adesanya checked all those boxes in the positive column and left the Octagon as the new interim UFC middleweight champion. It wasn’t just a fight we’ll be talking about for a long time; it was the fight where Adesanya proved to be something special. He took the big shots, he got banged up, and he kept coming, closing the show with a spectacular fifth round where he showed the heart of a champion. And now he is one.

Like Poirier, Max Holloway is one of those fighters many of us who have been in the sport for any length of time have watched grow up in the Octagon. And thankfully, he’s one of the rare fighters who has never changed from his first day in the UFC up until now. So his UFC 236 main event was one where you almost hoped there would be a draw so no one would get disappointed. I never said that out loud, though. The last time I did that with Frankie Edgar and Gray Maynard, they actually did fight to a draw. So I kept my jinx to myself, and ultimately, Saturday’s bout was one where there were no losers. It was an epic five-rounder, Poirier got his belt, Holloway still has his belt at 145 pounds, and the two will go on to big fights later this year. That’s a win-win anyway you slice it.

Kelvin Gastelum did everything but win on Saturday night against Israel Adesanya, and that’s the unfortunate part of the fight game, but the beauty of it as well, because only one person can leave the Octagon with his or her hand raised. But in defeat, Gastelum showed more than many do in victory, and there’s no question in my mind that when Adesanya and Robert Whittaker settle their business, they should have Gastelum’s name on the top of their dance card.

Lost in the spectacular main and co-main events on Saturday night was the performance of the man who won just before the aforementioned four fighters took to the Octagon. Khalil Rountree Jr. has been the epitome of inconsistency thus far in his UFC career, and he has the 4-3, 1 NC record to prove it. But against Eryk Anders, Rountree fought confidently and delivered a striking clinic en route to a decision win over an ultra-tough foe. He attributes this victory to training in Thailand for the bout, and should he stay there for future bouts, those inconsistent days may be over forever.