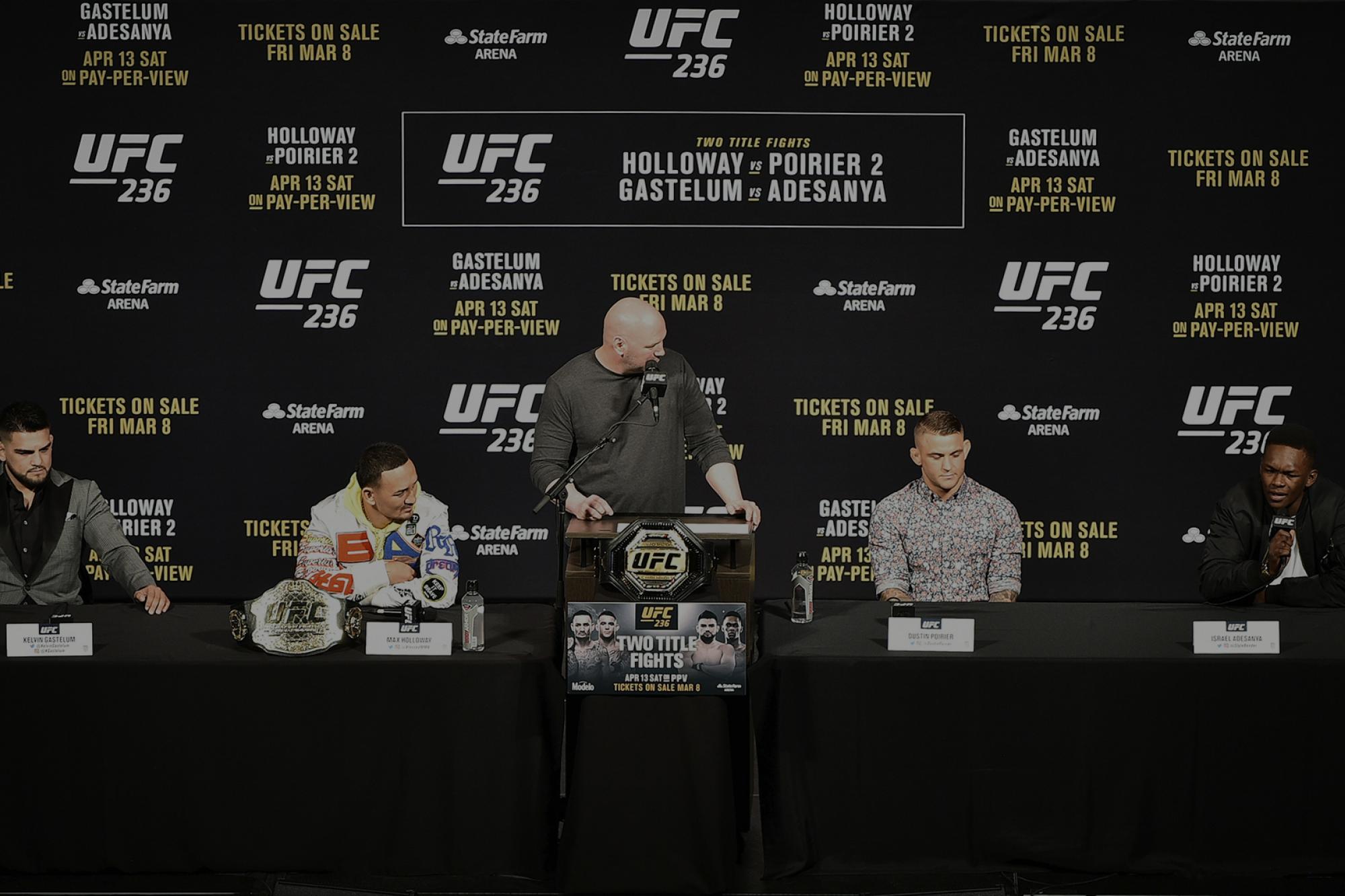 Last week the UFC announced that two interim title fights were making their way to Atlanta on April 13th. UFC 236 features featherweight champion Max Holloway moving up to challenge Dustin Poirier for the interim lightweight championship. In the co-main event, Kelvin Gastelum and Israel Adasanya will duke it out for the middleweight strap.

Hollow will be making his promotional debut at 155lbs against the man he made his UFC debut against over seven years ago. Poirier won that fight, but this rematch will show just how much each of them have grown and improved since 2012.

During the UFC 236 press conference Holloway discussed wanting to fight current lightweight champion Khabib Nurmagomedov, but he was quick to shift the topic to Poirier.

“Khabib said he wanted to fight me and he wanted me to prove myself. So I got Dustin,” the featherweight king said. “I have a simple relationship with the UFC. I tell them to send me the toughest guy, then I send it back. At the end of the day, first thing’s first, I got Dustin Poirier.”

Poirier, who has been lobbying for a title fight for some time, was all business.

“I got the call and right away the switched flipped and I was in championship mode,” Poirier said. “In a division that is top heavy I didn’t want to be waiting around, I wanted to be fighting. This is gonna be a hell of a fight, this is a high level fight.”

While the excitement for the fight at lightweight is justified, fans are equally pumped to see Gastelum and Adasanya scrap. Nearly three weeks removed from his disappointing and unfortunate situation at UFC 234, Gastelum was glad that he was able to get booked for another shot at the belt so quickly.

“Listen, these opportunities don’t come around,” Gastelum said. “We are going to train smart and we are focused on Israel.”

Speaking of Adasanya, “The Last Stylebender” mentioned he has something that gives him an advantage in the upcoming match-up with Gastelum.

“Momentum is a powerful force and it keeps on rolling,” Adasanya said. “Interim or not interim I had the next fight. I think people are taking notes now. I debuted last year in February. That’s five fights in one year.”

During the press conference, UFC President Dana White expressed his excitement for both fights and gave credit to all four men.

“All the guys at this table wanted the fight and that’s why they are here,” White said. “They were offered an opportunity and they took it.”