Here's What We Are Talking About After Saturday's Incredible Event.
By Steve Latrell and Gavin Porter • Dec. 31, 2018

It was a wild card to end a wild year, and from top to bottom, UFC 232 delivered. History was made, torches were passed and The Forum was rocking.

In the afterglow of the sold out SoCal spectacle, we’re left to ponder several storylines as we stare down 2019.

These are the UFC 232 talking points.

All Hail The Lioness

With a résumé that includes wins over champions Ronda Rousey, Miesha Tate, Valentine Shevchenko (two times) and now Cris Cyborg, Amanda Nunes cemented her legacy as the greatest female fighter of all time Saturday night as she hoisted the women’s bantamweight and women’s featherweight belts over her shoulders.

"She's the best ever," Dana White would say at the post-fight press conference. "How can you deny it? That's what this fight was for. If you look at her resume and who she's beat, she's the best ever. You can't debate that."

Perhaps more surprising than the fact she became the champ-champ was the speed in which she did it, needing a mere 51 seconds to rock the previously indestructible Cyborg, and KO-ing her for the first time in Cyborg’s career

“I was so ready. So ready for tonight,” she said. “Nothing was going to stop me from doing what I wanted to.” 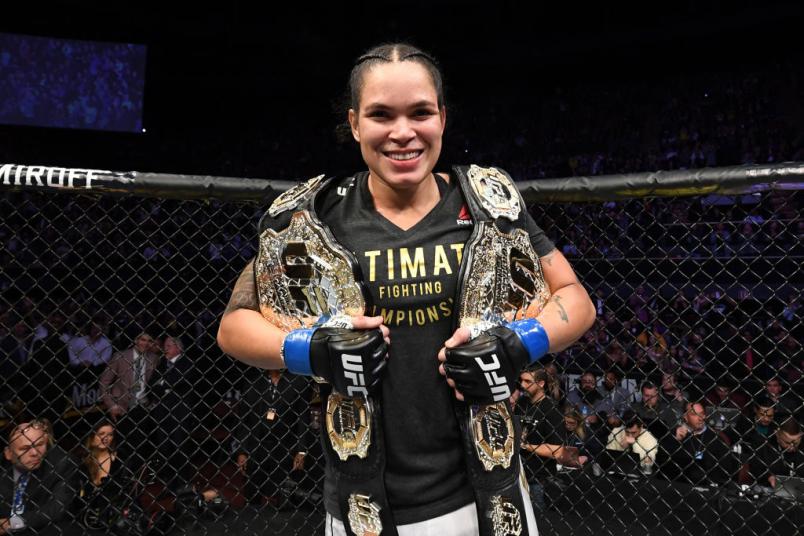 Amanda Nunes with her two belts at UFC 232

Their original bout was considered not only the greatest in the light heavyweight division, but one of the greatest in the history of the promotion. Jon Jones went home the winner that night, but there were enough who said Alexander Gustafsson won to make running it back inevitable.

In the five years that have passed, two very different, evolved fighters stepped into the Octagon, but one thing was the same: Jon Jones remains among the most gifted fighters of any generation.

After a slow start in the opening round, glimpses of the old Bones returned, and when a leg kick wobbled Gus, one could almost see Jones remember who he was, and his insane fight IQ kicked into gear.

“I kept him guessing, level changes, shot, kicks, punches. I don’t know, I think his aggression worked against him.”

Reunited with the light heavyweight belt recently vacated by Daniel Cormier, Jones wasted little time in calling out his old foe and dismissing the notion of DC as a legitimate champ-champ.

“He never beat me. This has been my era since 2011. The only way he can shut me up of what I’m saying right now is to beat my ass.” 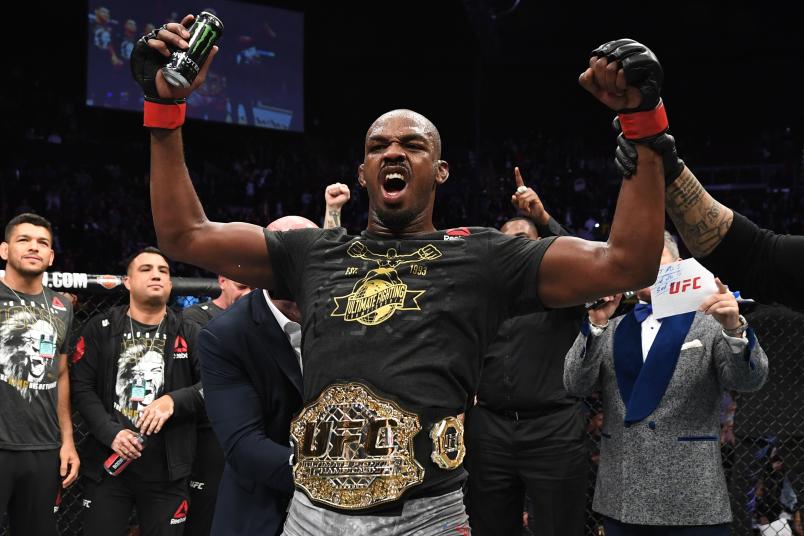 In July, Alexander Volkanovski jumped into thrle featherweight rankings with a win over Team Alpha Male's Darren Elkins. After the fight he called out Elkins' teammate Chad Mendes. He liked the match-up with the gritty Mendes and had confidence that a high profile name like Mendes could boost him into the title picture.

Yesterday Volkanovski not only defeated Mendes in convincing fashion, but he also informed the world that he is a top contender at 145lbs. Volkanovski took care of business behind relentless pressure, powerful shots and his world class motor.

Volkanovski joins Jose Aldo, Conor McGregor and Frankie Edgar as the only fighters that have defeated Mendes. That's some pretty good company. With three UFC wins in 2018, Volkanovski set himself up for a massive 2019.

It wouldn't be wise to sleep on Alexander "The Great".

UFC 232 was a night that belonged to the up and comers. Montel Jackson, Petr Yan, Megan Anderson, Walt Harris, Alexander Volkanovski and Corey Anderson put their respective divisions on notice with big time performances. Michael Chiesa and Uriah Hall also had incredible bounce back victories that reminded the fight world just how dangerous they are.

Ryan Hall also pulled off a heel hook victory over the legendary BJ Penn. He became the first ever fighter submit Penn and completed just the fifth heel hook since 2013. In his first bout in over two years, Hall earned a performance of the night bonus.

When all was said and done, the audience at The Forum was treated to an awesome night of fights. Ten of the 13 fights ended with finishes, six KO/TKOs and four submissions.

Gavin Porter and Steve Latrell are digital producers and writers for UFC.com follow them on Twitter at @PorterUFCNews and @TheUFSteve