Saturday’s UFC 225 event is in the books, and now that the dust has settled in Chicago, it’s time to go to the scorecard to see who the big winners were at United Center. 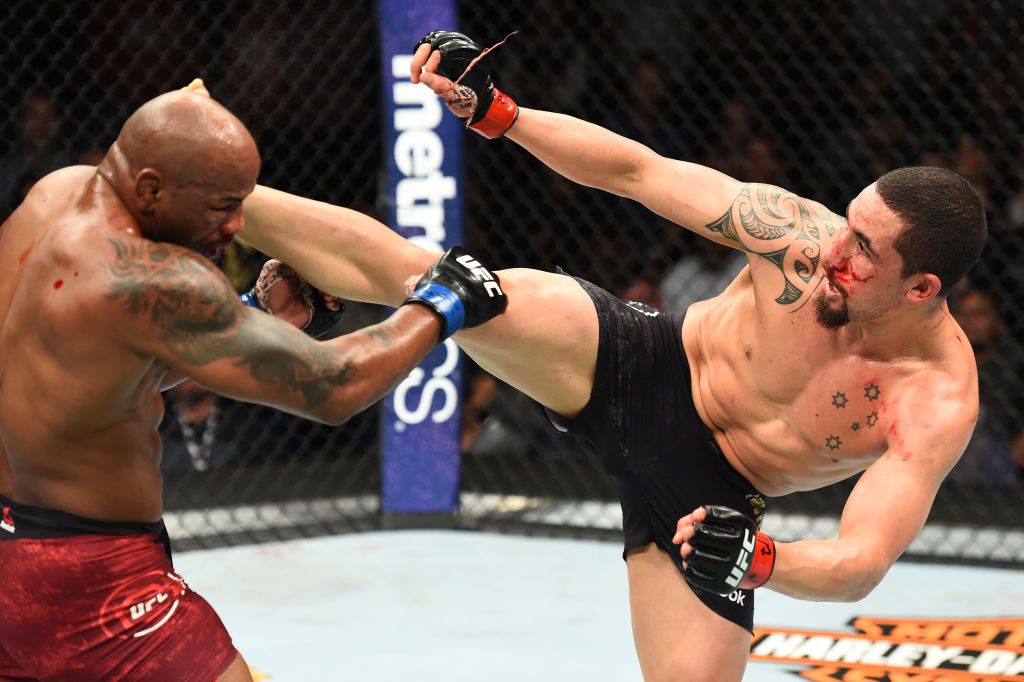 Yoel Romero at UFC 225 (Photo by Josh Hedges/Zuffa LLC)" />Fighting Yoel Romero with all your limbs is a tall order for anyone in the middleweight division. Robert Whittaker has done it twice – and won – with less than a full set, making those two victories even more impressive than they already are. Last summer, “The Reaper” injured his knee in the first round against “The Soldier of God” and still made a late surge to win a five-round decision. In Saturday’s rematch, it was Whittaker’s right hand that abandoned him, but again the New Zealand-born Aussie found a way to win in a 2018 Fight of the Year candidate. The victory, Whittaker’s ninth in a row, continues to build his reputation as a must see, regardless of weight class. My only concern with Whittaker’s future are the injuries that have stalled and handicapped him at times. But if he stays healthy, he’s got the talent and grit to stay on top for a long time.

The beauty of the fight game is that someone can talk and talk and talk, but eventually, they’re going to have to fight and back up those words. Colby Covington did that on Saturday against Rafael Dos Anjos, and he got to leave Chicago with the interim UFC welterweight title for his trouble. Yes, some may not be on board with his pre-fight antics, but the kid can fight, and now he’ll get what he’s wanted a fight with 170-pound boss Tyron Woodley. And if you weren’t too jazzed about that matchup before, I bet you are now. 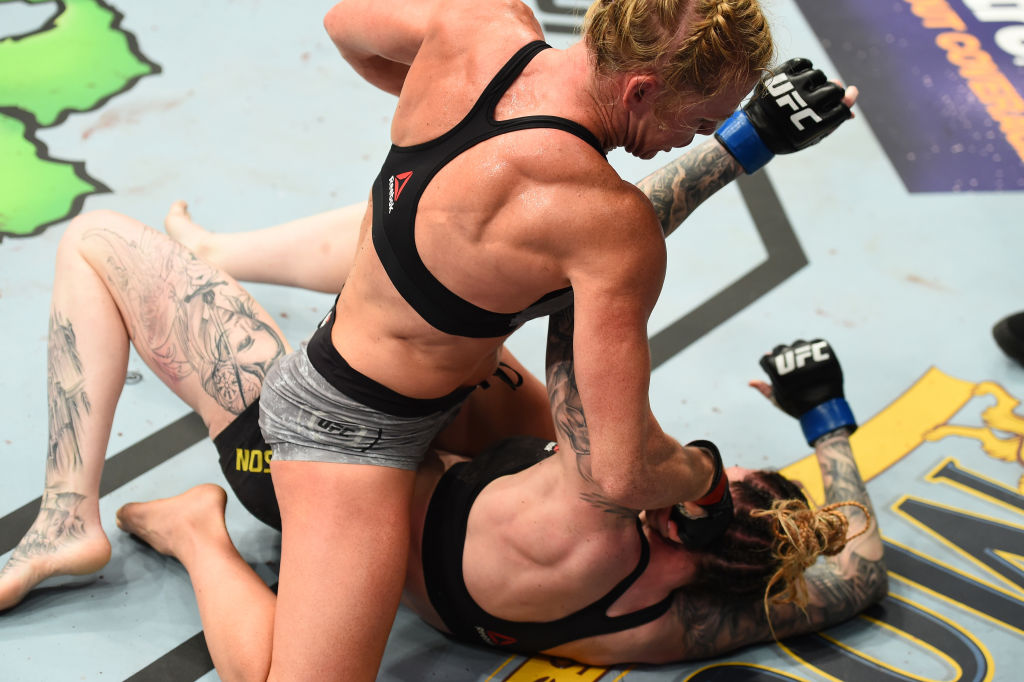 Megan Anderson at UFC 225 (Photo by Josh Hedges/Zuffa LLC)" />For a long time, Holly Holm has been the greatest enigma in MMA. Not in the women’s bantamweight or featherweight divisions, but the whole sport. Supremely talented, with a level of combat sports experience that dwarves that of 99.9% of her opponents, Holm has seemingly been in a rut since losing her 135-pound title to Miesha Tate in 2016, going 1-4 in five fights from Tate on. Looking in top form in spots, average in others, Holm could have won each of those four fights she lost, but she didn’t. Yet on Saturday, against highly regarded newcomer Megan Anderson, Holm looked like a champion again. And if she keeps this up, she’s got a great shot at wearing gold once again.

Curtis Blaydes is one of those guys who will let his fighting do the talking, and on Saturday, he spoke pretty loud with a third-round stoppage of Alistair Overeem. After the bout, “Razor” Blaydes said he was next in line for a shot at the belt, and after back-to-back wins over Overeem and Mark Hunt and an overall six-fight unbeaten streak, the only other fighter in the top five with a legitimate case for a shot at the belt is Alexander Volkov. Is that the bell ringing for a title elimination bout between Blaydes and Volkov I hear?

With the last name Pettis, Sergio Pettis had a target on his back from the first time he strapped on the gloves, but no one has handled that pressure with more grace than he has. And along the way, he’s worked on his craft, weathered the ups and downs of the sport, and on Saturday, he won a big one, taking a split decision over Joseph Benavidez. It was the kind of win that will not only give Pettis confidence, but it puts him firmly in position to either take on the winner of this summer’s flyweight title fight between Demetrious Johnson and Henry Cejudo or face No. 4-ranked Jussier Formiga in a title eliminator. Either way, the rest of 2018 is looking bright for the 24-year-old.