CRIS CYBORG VS YANA KUNITSKAYA
On paper, Cris Cyborg is a heavy favorite over Octagon newcomer Yana Kunitskaya, and rightfully so because the UFC women’s featherweight champion hasn’t lost in an MMA bout since her first pro fight in 2005. So that means one of a few things: A) Cyborg is going to run through Kunitskaya. B) Cyborg is overconfident and will get a surprise from her challenger. C) Kunitskaya is going to deliver the performance of her career and shock the world. So what’s going to happen? Probably something in the middle, and for Kunitskaya to pull off the upset, she’s going to have to survive a likely early blitz from the Chute Boxe-trained champion and hope that the late notice for the bout hits Cyborg’s gas tank. If that’s the case and the fight gets into the championship rounds, then it will become real interesting at T-Mobile Arena.

FRANKIE EDGAR VS BRIAN ORTEGA
Frankie Edgar has gone through the whole “New Breed vs Old Lion” thing before, and he put a stamp on his continued relevance last May with his two-round stoppage of Yair Rodriguez. Is Brian Ortega the next victim? Ortega has a world-class ground game, solid standup and sharp finishing instincts. You could say the same thing about Edgar, though, and Ortega’s willingness to take risks and put himself in bad positions could be his downfall against a fighter who you don’t want to be in bad positions with. My bottom line – this could be a Fight of the Year candidate.

SEAN O’MALLEY VS ANDRE SOUKHAMTHATH
“The Sugar Show” is in Las Vegas again, and bantamweight prospect Sean O’Malley is clearly made for the bright lights. And while his talent is evident, could his confidence be his downfall? Veteran Andre Soukhamthath is no joke, he hits hard, and his own confidence is at an all-time high after his first UFC win over Luke Sanders in December. This one is a nice appetizer for Saturday’s co-main and main events.
RELATED CONTENT: Smith previews Struve vs Arlovski | Free Fights: Cyborg vs Holm | Edgar vs Mendes | Meet newcomer Mackenzie Dern

STEFAN STRUVE VS ANDREI ARLOVSKI
One of the most interesting fights on Saturday’s card pits perennial heavyweight contender Stefan Struve against former champion Andrei Arlovski. Arlovski resurrected his career with a win over Junior Albini in November snapping a five-fight losing streak. So can he keep the momentum going against Struve, whose September loss to Alexander Volkov put an end to a two-fight winning streak? It may all come down to Struve, who can control this fight if he uses his 84.5” reach advantage, something he doesn’t always do. And if he doesn’t, it gives Arlovski all the room he needs to get his bombs off at close range.

CAT ZINGANO VS KETLEN VIEIRA
It’s good to see Cat Zingano back in the Octagon this weekend, and when she’s on, she’s one of the most dangerous fighters in the 135-pound weight class. “Alpha Cat” is a notoriously slow starter, though, and if unbeaten Ketlen Vieira can get confident early against the longtime contender, it may eventually become too late to slow her down.

ASHLEY YODER VS MACKENZIE DERN
Jiu-Jitsu ace Mackenzie Dern makes her highly anticipated UFC debut this weekend, and while a lot of the attention is focusing on her, Ashley Yoder is no pushover, and her 0-2 UFC slate is very deceiving. Of course, Yoder’s strength is the 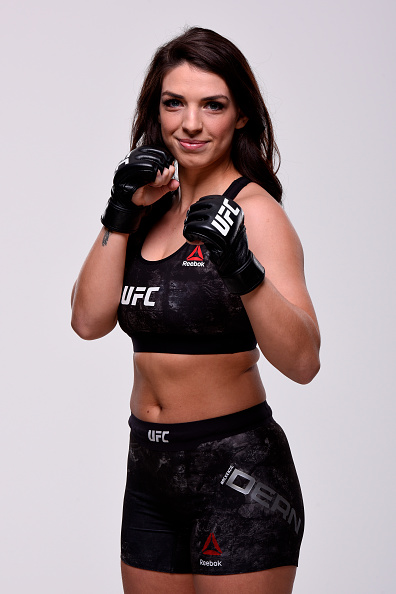 ground game, and that’s where Dern would obviously love to put this fight, but if the “SpiderMonkey” is able to draw the newcomer into a standup fight, the whole complexion of what is expected in this bout will change.

BENEIL DARIUSH VS ALEXANDER HERNANDEZ
Texas’ Alexander Hernandez is a top prospect at 155 pounds and he’s certainly confident heading into his late-notice bout against Beneil Dariush, eagerly stepping in for Bobby Green this weekend. But with the ultra-talented Dariush coming off a loss to Edson Barboza and a draw with Evan Dunham, keeping him out of the win column since November 2016, I’m expecting a fighter intent on making a statement in Las Vegas, and that may be bad news for Hernandez.

JOHN DODSON VS PEDRO MUNHOZ
There are a lot of fighters that fly under the radar and then all of a sudden, boom, there they are. Pedro Munhoz is one of those fighters, and that’s amazing to me because his UFC resume is among the most impressive in the game, regardless of weight class. So he’s got all the incentive in the world to get the job done against John Dodson, but this is John Dodson. An elite fighter at 125 and 135 pounds, Dodson has said that he has to take the fight out of the judges’ hands this weekend after his last two losses came via split decision to John Lineker and Marlon Moraes. And if he’s planting his feet and throwing while Munhoz is fishing for submissions, we’re in for some fight.

CB DOLLAWAY VS HECTOR LOMBARD
Veterans hoping to shake things up and get in gear for a run at the top of the middleweight division, CB Dollaway and Hector Lombard square off in an interesting matchup that will set the 2018 tone for both fighters. Injuries have limited Dollaway to one fight since December 2015, but he is coming off a win over Ed Herman last July. If he’s healthy and can keep the momentum going from that fight, he’s got a good chance of pulling off the win here, but Lombard, who is 0-4 with 1 NC in his last five, needs a win badly, and he’s got the explosive power to get one.

MIKE PYLE VS ZAK OTTOW
After nearly two decades as a pro, Mike Pyle will call it quits after Saturday’s bout against Zak Ottow. An honest fighter who fought anyone and everyone over the course of his career, the 42-year-old Pyle came from a different era in this sport, and an old school warrior like him will be missed. Win or lose this weekend, thanks “Quicksand.”

BRYAN CARAWAY VS CODY STAMANN
With a 6-2 Octagon record, it’s clear that Bryan Caraway is one of the best fighters in the bantamweight division. But when you realize that those eight fights have taken place over six-plus years, it’s also clear that Caraway’s toughest opponent has been inactivity. This Saturday, he makes his first start since May 2016. The man on the other side of the Octagon, Cody Stamann, has gone 6-0 in that time, and while experience is great, staying sharp by fighting may be even better and it could be the deciding factor in Las Vegas.

JORDAN JOHNSON VS ADAM MILSTEAD
Adam Milstead didn’t get any gifts in his light heavyweight debut, as unbeaten Jordan Johnson is on the fast track at 205 pounds, having scored a pair of wins in as many UFC outings. Milstead does hit hard, though, and he’s athletic enough to keep this fight standing at least long enough to get some bombs off. The edge still goes to Johnson, but Milstead is a live underdog.