Give credit to Max Holloway for not blinking when Jose Aldo was brought in as the replacement for the injured Frankie Edgar in this Saturday’s UFC 218 main event. The way he sees it, that’s what champions do – fight everybody, even if it’s for the second time in a calendar year. So does Aldo reverse the result of their first bout, or will Holloway score an even more decisive victory in the rematch? It’s a tough one to call, because while true superstars like Aldo always have one great fight left in them, it’s clear that Holloway is a young man who has plenty of those remaining before he reaches the twilight of his career, and he may just pull one out of his hat in order to put an end to his series with the future Hall of Famer.

In five UFC fights, Cameroon’s Francis Ngannou has done everything asked of him, and in spectacular fashion to boot. On Saturday, it’s his big step-up bout against number one contender Alistair Overeem, and he could secure a shot at heavyweight boss Stipe Mioic with a victory. But is it too much too soon for Ngannou? Despite being 37 years old, Overeem has won six of his last seven, including two in a row over Mark Hunt and Fabricio Werdum. He’s also been more patient as of late, making the idea of Ngannou catching him asleep at the wheel not too likely. This is a pick ‘em fight and the one that could be a coronation for “The Predator” or the sign that he needs more seasoning.

HENRY CEJUDO VS SERGIO PETTIS
While flyweight boss Demetrious Johnson will be watching this battle between top contenders Henry Cejudo (#2) and Sergio Pettis (#4) closely, so should the UFC fanbase, because the potential is there for a barnburner at 125 pounds. Yes, conventional wisdom says that Ceujdo should use his wrestling attack to ground and control Pettis, but with the crisp boxing “The Messenger” showed in his recent win over Wilson Reis, a standup battle would not only help Cejudo make a case for another shot at DJ, but it would give us all an enjoyable scrap to watch, and why can’t we be selfish sometimes?

The Fight of the Night candidates are plentiful on Saturday’s card, but if you’re a betting man or woman, the smart money is on Eddie Alvarez and Justin Gaethje leaving Detroit with an extra check. The proof is on the resumes of both lightweights, and an old school attacking attitude is shared as well. Gaethje may have sewn up Fight of the Year honors for his debut win over Michael Johnson, but if any fight can threaten that one, it’s Alvarez-Gaethje. 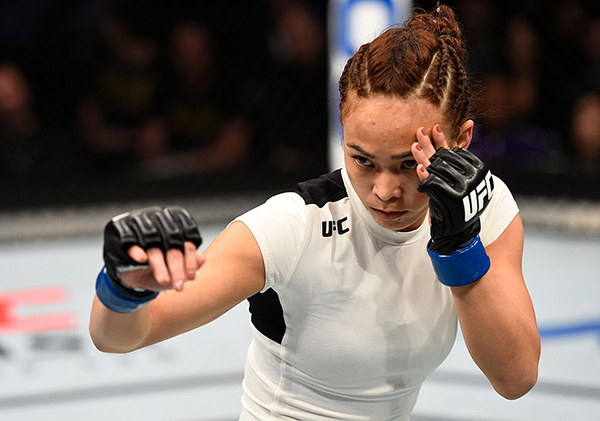 Michelle Waterson looks to bounce back from the first loss of her UFC career to Rose Namajunas when she takes on the first person to defeat the new strawweight champion, Tecia Torres. Those storylines run throughout this matchup, and while the win is important to both fighters, if Torres makes it three straight on Saturday, the big storyline for 2018 would be a rubber match with “Thug Rose” for the title.

CHARLES OLIVEIRA VS PAUL FELDER
ALEX OLIVEIRA VS YANCY MEDEIROS
I’m going to put these next two together because, to me, they’re the same great, impossible to pick, fights. Paul Felder has been showing the best form of his career in 2017, and with the Roufusport team behind him, “The Irish Dragon” is more confident than ever. But Charles Oliveira is one of the most dangerous submission artists in the sport, and if he can catch Felder napping, it can be over in a matter of seconds. Alex Oliveira vs Yancy Medeiros is more of a Fight of the Night type bout, but given the ability of both welterweights to end fights on the feet or the mat, it all comes down to who makes the first mistake, because when and if that mistake happens, the other guy will most certainly capitalize.

DAVID TEYMUR VS DRAKKAR KLOSE
Both Drakkar Klose and David Teymur seemingly came out of nowhere to score big wins over high-profile opponents in their recent bouts, and now after defeating Marc Diakiese and Lando Vannata, respectively, they meet each other in a classic grappler vs. striker showdown. Adding to the intrigue between these lightweight prospects is the fact that Klose is fighting at home in Michigan, and as in any clash of styles like this, the fighter who can make the other fight his fight will likely be the winner.

FELICE HERRIG VS CORTNEY CASEY
One of the most interesting bouts on the card takes place in the strawweight division, as surging veteran Felice Herrig puts her three-fight winning streak on the line against always exciting Cortney Casey. Herrig has looked great since her loss to Paige VanZant in 2015, but Casey is one of the toughest outs in the division, and her May win over Jessica Aguilar may have been the start of a big run for “Cast Iron” Casey. 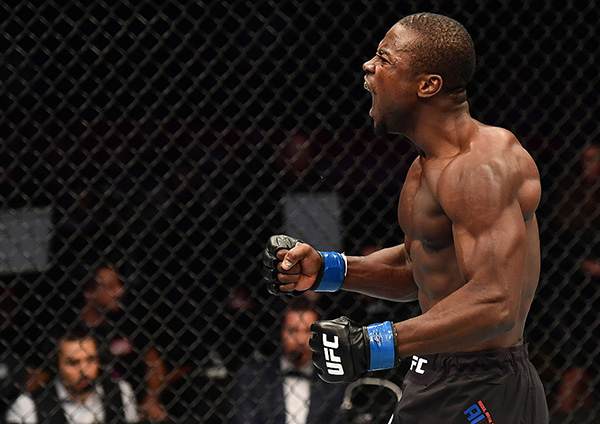 Abdul Razak Alhassan went the three round distance for the first time in his career in his May bout with Omari Akhmedov, and while he lost a split decision, he picked up some valuable lessons that he will likely bring to the Octagon against TUF 21 alum. Then again, if Homasi wants to trade with the Ghana native, Alhassan will be more than happy to lower the boom like he did on his first seven foes.

JEREMY KIMBALL VS DOMINICK REYES
A great reason to make sure your UFC FIGHT PASS subscription is up to date is the light heavyweight meeting between hot prospects Jeremy Kimball and Dominick Reyes. Both fighters are coming off Performance of the Night knockouts on the same Oklahoma City card in June, and now it’s time for them to test each other’s chin on a big card in the Motor City. This should be fun for as long as it lasts.

JUSTIN WILLIS VS ALLEN CROWDER
Who would think the heavyweights would be having a clash between two guys with “Pretty” monikers, but that’s the case Saturday when the “Big Pretty,” Justin Willis, faces Allen “Pretty Boy” Crowder. Don’t expect to see those nicknames reflect what’s going to happen in 15 minutes or less, though, as these two specialize in getting into the trenches and picking up a win by any means necessary. So if it gets ugly at times, so be it. 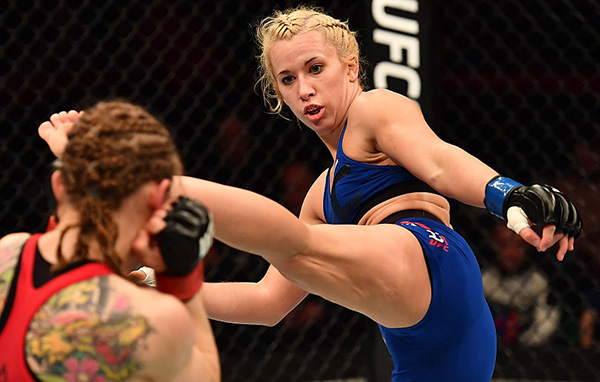 Returning to action for the first time since July 2015, Angela Magana didn’t have an easy road back, considering she had to battle Mother Nature during a training camp in hurricane-ravaged Puerto Rico. But if she’s motivated and ready to fight, she will be a handful for Michigan native Amanda Cooper, who will look to take any advantage she can get in order to get the victory at home.