Saturday’s UFC 216 event is in the books, and now that the dust has settled in Las Vegas, it’s time to go to the scorecard to see who the big winners were at T-Mobile Arena.

1 – Demetrious Johnson
When a fighter breaks a tie with Anderson Silva to become the fighter with the most successful title defenses in UFC history, that’s an automatic spot on this list. But it’s the way Demetrious Johnson defeated Ray Borg that earns him his place at the top. Not content to simply take a 5-0 decision over the gritty challenger, Johnson tried to put on a show from start to finish, and when he did put an end to the bout in the fifth round, it was with a suplex to armbar combo that we will be talking about for a long time…okay, forever.

2 – Tony Ferguson
For years, I wondered when Tony Ferguson was going to become a breakout star. He had all the tools from the time he won The Ultimate Fighter: A dynamic and exciting style, charisma, and a personality people would pay attention to. But for some reason, everything didn’t click until Saturday night, when “El Cucuy” submitted Kevin Lee in the third round to win the interim UFC lightweight title. The win, Ferguson’s 10th in a row, now puts gold around his waist and places him in position for the biggest fight possible at 155 pounds: a unification clash with Conor McGregor. Can we put this on our list for Santa Claus now?

3 – Bobby Green and Lando Vannata
He’s been hit or miss over his time in the UFC, but Saturday night, Bobby Green showed up, and when he shows up, bouts like his Fight of the Night with Lando Vannata are usually the result. It was a reminder that Green is one of the most dangerous 155-pounders in the world, and if he can keep the momentum from this bout going, he can put that erratic reputation to rest forever. As for Vannata, the first person in UFC history to win bonuses in his first four Octagon fights, he is a must see every time he takes that walk. Is he happy with a 1-2-1 start to his UFC career, I can guarantee that he isn’t, but “Groovy” Lando is only going to get better, and that’s bad news for his opponents and good news for us watching. 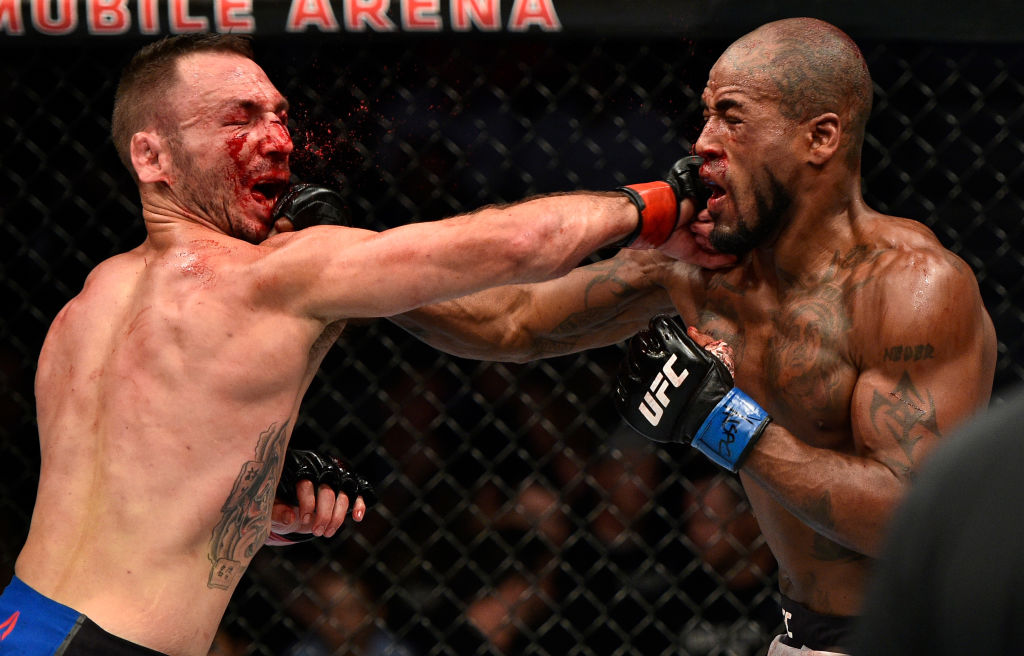 4 – Cody Stamann
When I interviewed Cody Stamann before his Saturday win over Tom Duquesnoy, he spoke of the mental part of the sport and the importance of having a high Fight IQ. Well, he talked the talk and then walked the walk against Duquesnoy, putting together a tactical attack that worked to perfection against the highly touted Frenchman. Given the talent of both bantamweights, this might not be the last time they meet in the Octagon, but for now, Stamann has a leg up as he climbs the 135-pound ladder.

5 – Mara Romero Borella
Since I’m ¾ Italian, I’m a little biased when it comes to Italians in the UFC, but all biases aside, Mara Romero Borella didn’t disappoint in her debut, as she tore through Kalindra Faria en route to a submission win that took less than three minutes. Is she the real deal? That remains to be seen, but with American Top Team in her corner and an impressive ground game as starters, it looks like “Kunoichici” is going to make some noise in the UFC’s newest division.