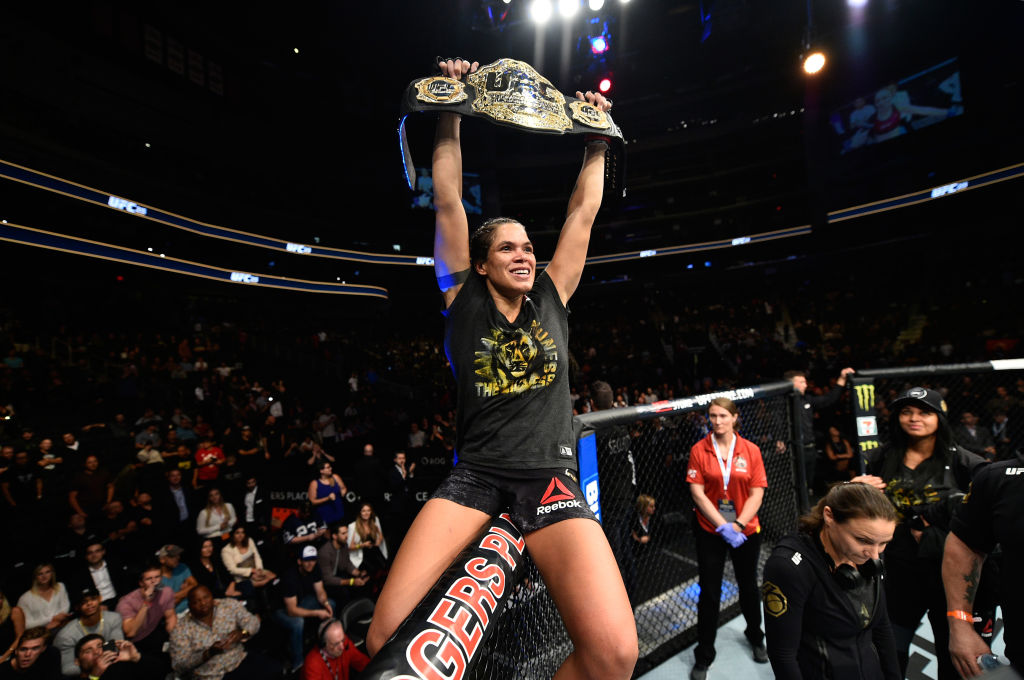 EDMONTON - The highest-level women’s MMA fight in history, as most were calling it, played out as such when both Amanda Nunes and Valentina Shevchenko played the ultimate chess match in hopes of claiming the women’s bantamweight title.
Nunes won in the end, scoring two fifth-round takedowns to eek out a razor close split decision (47-48, 48-47, 48-47), to earn her second title defense.
The stylistic matchup of Nunes and Shevchenko was the story going into the fight. Nunes seemed to lose steam in their first matchup (which she won by unanimous decision), and many opined that given two more rounds, Shevchenko would have pulled out a victory.
But Nunes altered her style in the rematch and it proved fruitful as “The Lioness” peppered “The Bullet” with leg kicks throughout. The final numbers showed that 42 percent of Nunes’ total strikes were leg kicks. Shevchenko complained after the fight that not a single punch effected the challenger, but as the adage goes: never leave the fight in the hands of the judges.
Related: UFC 215 Post Fight Presser Highlights | Amanda Nunes Backstage Interview
These are the UFC 215 Talking Points
What’s next for the women’s bantamweight division?
Nunes dispatched of her most difficult rival at UFC 215, so the attention now turns to what the champion and challenger will do next.
The top five in the division after No. 1-ranked Shevchenko offer plenty of questions. Holly Holm won big in her last fight against Bethe Correia but has been rumored to be going back up to 145 pounds to fight champion Cris Cyborg later this year. If Holm stays at 135 she would be the likely next challenger for Nunes.
After Holm, Juliana Pena is coming off a loss to Shevchenko, Ronda Rousey may never fight again, and Sara McMann lost against upstart Ketlen Vieira at UFC 215, killing her chances of a title shot.
That potentially leaves Raquel Pennington, who has won four in a row. Nunes isn’t thinking about what’s next quite yet but was happy with her performance to retain her belt.
“(Valentina) landed a few good punches but I dominated the rounds and, in the last round, I took her down and kept her there to seal the deal,” Nunes said. “Next, I want to go back home and take care of my house and my animals in the face of the Hurricane.”
RDA continues ascention in welterweight division 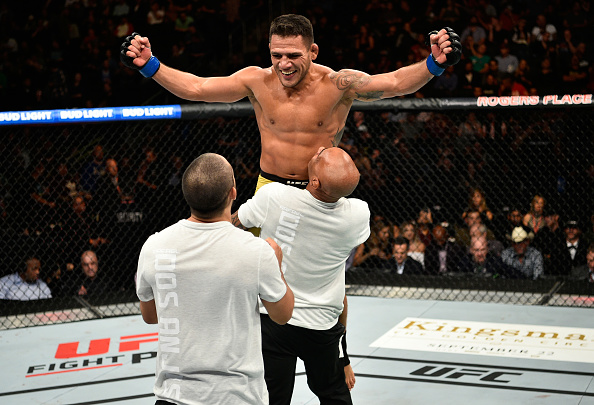 When Eddie Alvarez blew up Rafael Dos Anjos’s lightweight title reign back in July 2016, the Brazilian had to rebuild. So he made the choice to stop with the debilitating weight cuts and move up to 170 pounds. And so far, it’s the best decision he’s made in his career.
Dos Anjos looked like an elite 170-pounder against division top 10 Neil Magny in the co-main event, submitting him with an arm triangle in the first round.
After his dominant win he said he is coming for the title, which is currently held by Tyron Woodley.
“The division is wide open and all the top five guys in this division have lost to the champion or to the last challenger Demian Maia,” Dos Anjos said. “(When I fight Woodley) I’m not gonna let him walk around and I’m gonna make sure I push the pace. There is no one more deserving of a title shot than me. I’m ready.”
Cejudo gains attention of division with dominant win 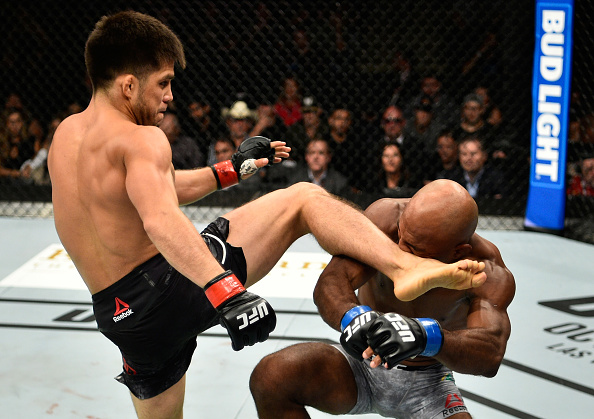 Not many fighters in the flyweight division not named Demetrious Johnson are getting devastating finishes like Henry Cejudo had at UFC 215. The flyweight scrap between “The Messenger” and Wilson Reis was moved to the main card when Johnson vs. Borg was removed from the event.
Cejudo took his opportunity to impress, even interacting with Johnson - who was sitting Octagon-side watching - after the finishing right hand landed. For a long time Cejudo was hailed as the eventual flyweight to dethrone Johnson, but he fell short when he finally got his chance back in 2016.
At the post fight press conference, Cejudo said he wants to get another crack at Johnson someday but he’s focused on his own evolution, which is happening before the MMA world’s collective eye.
“I hadn't won in the Octagon since December 2015 so it feels amazing to get the victory tonight,” Cejudo said. “I don't know what is next for me just yet but I'm going back to the gym to keep improving. I will be champion.”
Matt Parrino is a digital producer and writer for UFC.com. Follow him on Twitter at @MattParrinoUFC