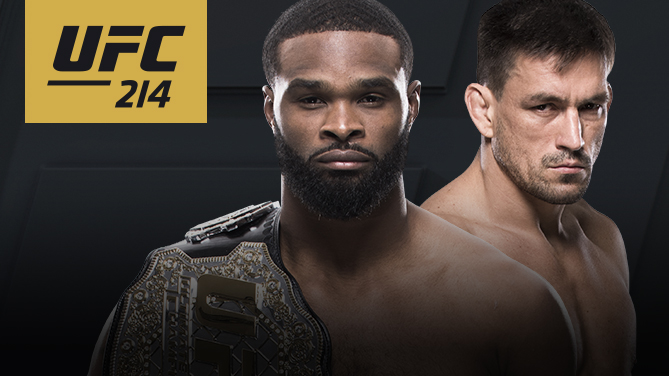 The eagerly-anticipated UFC 214 card in Anaheim now has a third title fight for fans to look forward to, as it was announced Wednesday that UFC welterweight champion Tyron Woodley will defend his crown for the third time against Brazilian submission specialist Demian Maia on July 29.

Unbeaten for over three years, Missouri’s Woodley claimed the 170-pound title in July of 2016 with a knockout of Robbie Lawler. A year later, following a draw and win in two bouts against Stephen Thompson, “The Chosen One” will attempt to snap the seven-fight winning streak of Sao Paulo’s Maia. A former middleweight title challenger, Maia found new life in the welterweight division, and since his debut in the weight class in 2012, he has gone 10-2 with wins over Carlos Condit, Jorge Masvidal, Matt Brown, Neil Magny and Gunnar Nelson.