Michael Bisping is injured and Georges St-Pierre won’t be ready to fight until November. The plan was for those two legends to face off in 2017 for the middleweight title, but time waits for no super fight.

UFC president Dana White announced that an interim middleweight title will be created while Bisping recovers. In the meantime, No. 1-ranked Yoel Romero and No. 3-ranked Robert Whittaker will vie for the interim strap in a high stakes co-main event at UFC 213. 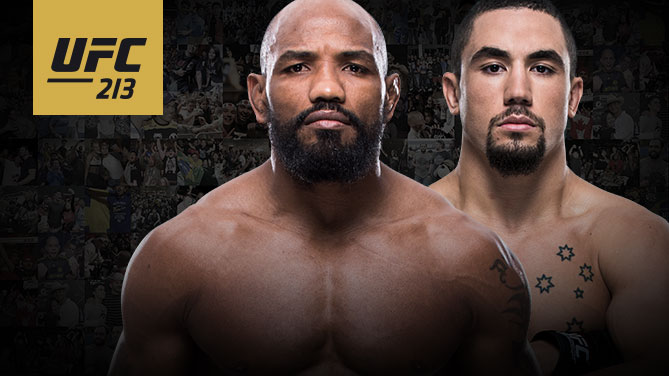 The title hasn’t been in play since October 2016, when Bisping defeated Dan Henderson to make his first title defense.

Romero has been on a mission ever since, campaigning for his title shot. “Soldier of God” picked up the signature win of his career last November when he finished former champion Chris Weidman in the UFC’s debut at Madison Square Garden in New York City.

The former Olympic freestyle wrestler has never lost in the UFC, winning all eight of his Octagon appearances – six by knockout. Romero is the definitive No. 1 contender and finally gets his chance at UFC gold.

If not for Romero, Whittaker may be the hottest middleweight on the planet. “The Reaper” has won all six of his UFC fights since moving up to 185 pounds and is riding a seven-fight win streak of his own. Four of Whittaker’s six wins at middleweight have ended by knockout.

Whittaker is coming off a division-altering performance. He stopped Jacare Souza in the second round of their Fight Night Kansas City fight in April. It was considered a serious upset, but Whittaker’s rise through the ranks proves he’s able to hang with the best in the division.

Romero vs. Whittaker may be for the interim title at UFC 213, but the winner will have a rightful claim as champion of the division and a crack at Bisping when he returns.