UFC 209 title fights about best vs. the best

In an era where the superfight is all the rage, UFC 209 features a pair of title fights with a similar theme: the best vs. the best.

UFC welterweight champion Tyron Woodley defends his title against No. 1-ranked Stephen Thompson. Also, with Conor McGregor out of the fray for the foreseeable future, No. 1-ranked lightweight Khabib Nuramgomedov meets No. 2-ranked Tony Ferguson for the interim 155-pound championship.

Woodley and Thompson have unfinished business after fighting to a draw during the historic UFC 205 event at Madison Square Garden last November. In what many have called one of the best fights of 2016, Woodley came close to finishing “Wonderboy” on several occasions, only to have Thompson survive and keep coming.

Tickets are on sale now! Get yours so you can be at UFC 209 in Las Vegas on March 4 from state-of-the-art T-Mobile Arena

All four fighters took part in a special UFC 209 Ultimate Media Day in Las Vegas this week with tickets set to go on sale today to the public. Here is why these fights are can’t-miss on March 4 at T-Mobile Arena. 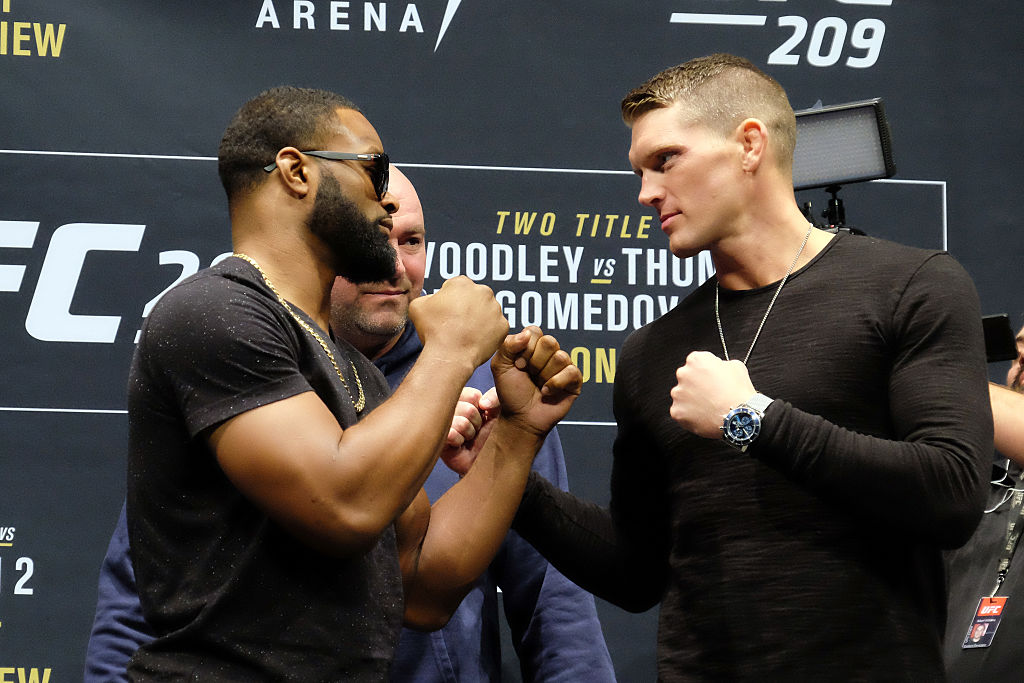 Woodley and Thompson have been doing the media rounds the past few days. It started with an intense interview on ESPN’s SportsCenter during which the two, seated next to each other on set, discussed whether “Wonderboy” should be getting the title rematch.

The champion believes the challenger has a sense of entitlement.

“I don’t get it. I didn’t ask for anything,” Thompson said. “I don’t know where he’s getting that I’m entitled for this fight. For me as a fighter, especially as a champion, how could you be OK with a draw?”

RELATED: Watch the faceoffs from UFC 209 Media Days | Watch Woodley and Thompson in intense ESPN interview | Then they played charades on UFC Tonight

Behind the tension on Twitter and even in person these past few days, Thompson and Woodley respect each other as fighters. “The Chosen One” said that he and Thompson are very much alike in the sense that they’re both at the top of the game at 170 and striving for the same goal.

But ask Woodley about the first fight and he’s convinced he did enough to win.

“No matter what (Thompson) says he doesn’t believe it was a draw,” Woodley said. “This is a great second chance and opportunity for him. Let there be no doubt he lost that fight and he knows that. The look in his face when they raised my hand – he didn’t like it but he said, ‘You know what, good fight. You won the fight.’”

Thompson knows that he needs to be better in the rematch, and he believes he knows what needs to be done to take out Woodley.

“I was very hesitant, a little too hesitant and more than I usually am. I didn’t throw the kicks; I didn’t do the angle changes; I wasn’t as aggressive as I normally am,” he said. “But now that I’ve taken his best shot and taken him to the fifth round, all I can do is go out there and do my thing and not hold back.” 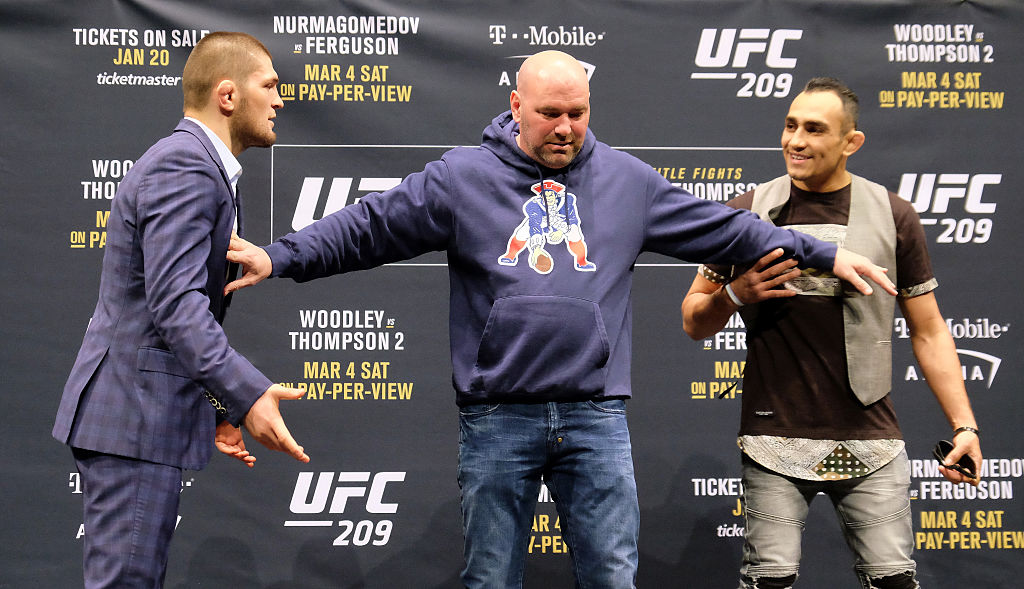 When it comes to pitting two elite fighters against each other in the prime of their careers, no fight in 2017 may fit the bill better than Nurmagomedov vs. Ferguson.

“I have nine fights in a row win streak. Khabib has eight fights in a row. This is the first time you’re going to see this inside the Octagon,” Ferguson said. “This is for an interim title. It should be for the real sh*t.”

The real title rests on the shoulder of McGregor, who is busy preparing for the birth of his first child. Which led to the interim title being created for the two men next in line for a shot.

“Between me and Khabib, we have a lot of bugs that we need to squash. It’s not animosity, I just want to beat this guy,” Ferguson said. “I know my wrestling and my fight game is 100 percent better than his and anybody else in this division. I’m the champion and I’m the legend here.”

Nurmagomedov has taken Ferguson’s comments personally and plans to make him pay on fight night.

“Not too much,” Nurmagomendov said when asked if he likes Ferguson. “For me it’s not personal, it’s just another opponent. But he talks too much and that’s why I want to break his face. Teach him a little bit of respect and this is what I’m going to do.”