Sometimes the fight’s not pretty, but welterweight champion Tyron Woodley got the win over Stephen Thompson in a majority decision at UFC 209 in Las Vegas.

Always the tricky adversary, Thompson’s style continued to keep the usually aggressive Woodley in safe mode for 25 minutes in their rematch Saturday night.

“When you fight someone for the second time it’s like a chess match, you don’t want to give up anything,” Woodley said. “I knew that his game plan was going to be to keep it on the outside and not let me get in close because that’s where I do the most damage -- and he did a great job.” 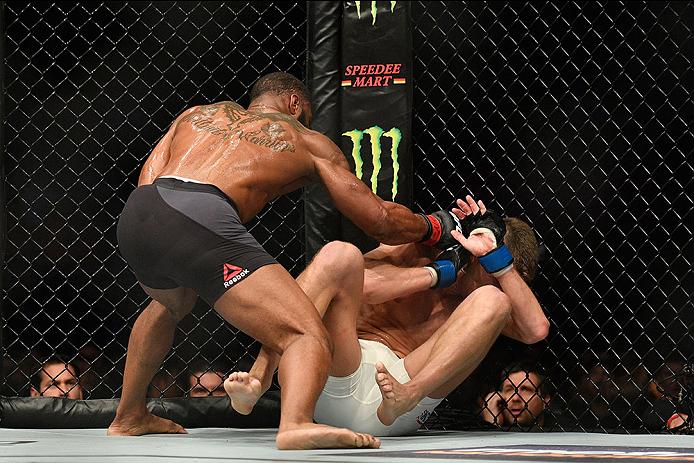 The action was slow at times as the two fighters, known for their counter-striking abilities, waited for their foe to commit.

“He made it very hard to get it in close,” Woodley said. “He was countering well, he’s really light on his feet – it wasn’t the most exciting fight like you guys were used to the last time. Sometimes chess is move by move.”

A disappointed Thompson thought he won three rounds but also accepts the result because he couldn’t finish the fight.

“I worked my whole life to get here, you know,” Thompson said. “I thought I won the fight but you can’t leave it in the judges’ eyes. So that’s on me.”

These are the UFC 209 Talking Points 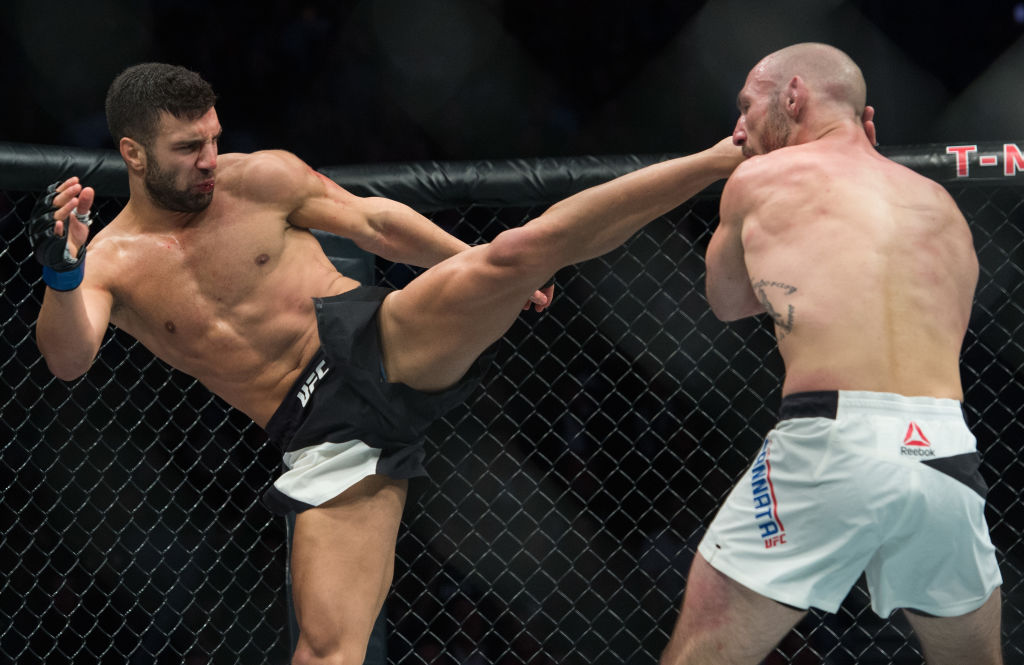 David Teymur vs. Lando Vannata earned Fight of the Night honors for their three-round war in the co-main slot as a late replacement for the Khabib Nurmagomedov-Tony Ferguson fight that was cancelled.

Teymur brought his cardio with him to Las Vegas. The Swedish striking savant landed 95 of 197 strikes.

Vannata landed his best strikes in the first round, connecting on a cartwheel kick that stunned Teymur for a moment. But the former Ultimate Fighter competitor’s persistent attack threw Vannata off his game as the fight went along.

With his third straight win in the UFC, Teymur made the most of his big opportunity at UFC 209.

“I don’t think a lot of people thought I was going to win this fight,” he said. “When I step into that Octagon, that’s my home. I’m not there to just do a regular fight. I’m there to do the best show for all the fans all over the world.”

Mirsad Bektic battered Darren Elkins for over 12 minutes in a one-sided beatdown to highlight the FS1 prelims.

But Elkins, one of the toughest pound-for-pound fighters on the roster, kept coming back for more. Even with a few holes in his scalp from the sharp elbows Bektic placed on his skull, Elkins was determined to prevail.

In the third round, with seemingly all hope lost, Elkins landed a punch and followed up with a leg kick that dropped Bektic. Elkins pounced to earn the TKO win and hand the Bosnian his first loss. 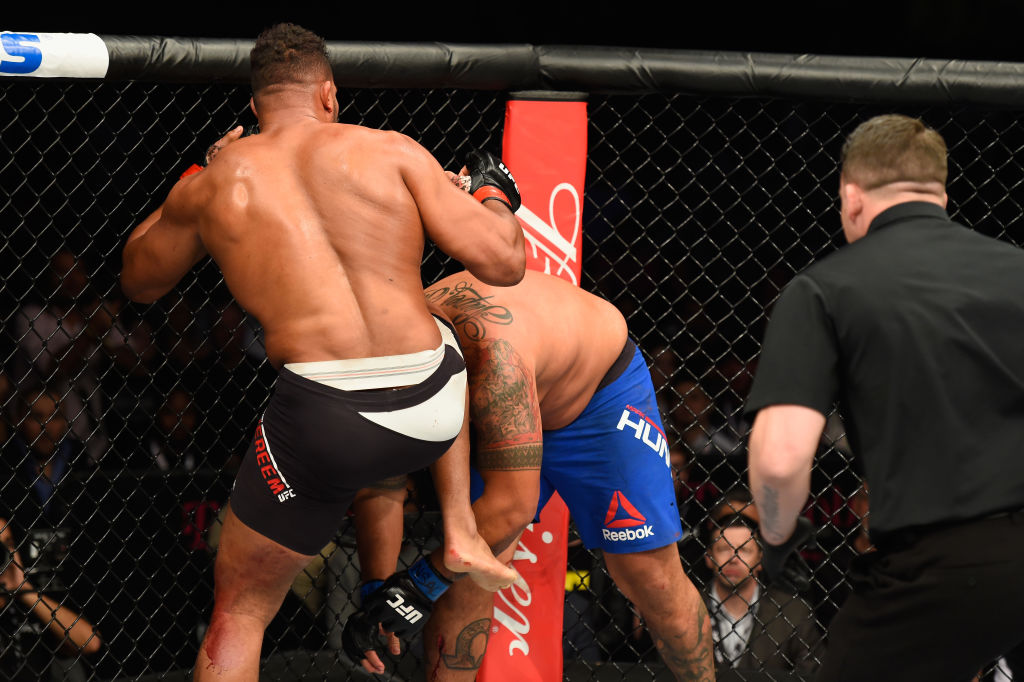 ‘The Reem’ still has it

After getting rocked early in the fight with an elbow, Alistair Overeem finished Mark Hunt in devastating fashion with a pair of knees to the head that made the Samoan giant tumble to the canvas like a fallen redwood.

The win marks four of five for Overeem, who still believes he’s in shouting distance of a title shot. He said after the fight that he’ll be keeping a close eye on the UFC 211 title bout between Stipe Miocic and Junior Dos Santos.

If the title shot isn’t within reach just yet, Overeem said he’ll be happy to provide the first Top Five test for either of two rising heavyweight stars, Francis Ngannou or Derrick Lewis.