The first women's featherweight champion in UFC history was crowned on Saturday night as Germaine de Randamie edged out Holly Holm in a five-round battle to take home the new title and close out UFC 208 in Brooklyn.

The bout saw two of the best strikers in the women's division go to war for 25 minutes, with de Randamie ultimately eking out the decision on the judges’ scorecards.

In the end, de Randamie did enough to earn the victory and she also proved to be one of the biggest upset winners of the entire card at UFC 208 according to fantasy players. De Randamie was selected by just 28 percent of players going into the card, with 72 percent picking Holm to get the win. As it turned out, de Randamie ended up with a new world title while also scoring some valuable fantasy points for the players who selected her.

The co-main event saw a shift in momentum as Anderson Silva came away with a very close decision win over Derek Brunson after entering the event as a very popular pick. Silva was selected by 68 percent of players, although another 66 percent picked him to win by knockout instead of decision, but he still proved to be one of the top favorites to get the job done. 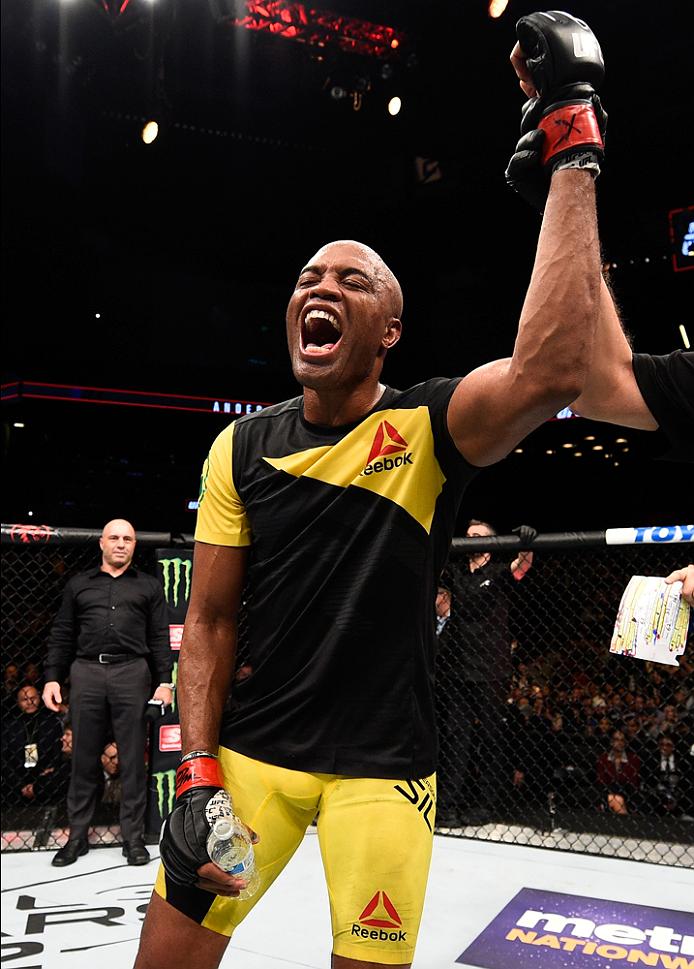 Speaking of favorites, Ronaldo "Jacare" Souza had overwhelming odds on his side as he stepped into the Octagon to face heavy-handed Tim Boetsch. After a few exchanges on the feet, "Jacare" eventually got the fight to the ground, where he made short work of Boetsch with a kimura that stopped the action in the first round.

Souza was selected by a whopping 87 percent of fantasy players, with another 69 percent picking him to win by submission, which is exactly what he did to put Boetsch away to get his second win in a row overall while improving his UFC record to 7-1.

Glover Teixeira was another of the odds-on favorites to win on Saturday, with 79 percent of players selecting him to defeat Jared Cannonier on the main card. While another 70 percent picked Teixeira to get the victory by way of knockout, it took the former title contender all three rounds to get past a very game Cannonier on Saturday night.

The favorites kept on rolling on the main card, as Dustin Poirier got back on track with a unanimous decision win over Jim Miller in the Fight of the Night. Poirier was picked by 79 percent of fantasy players as he handed Miller his first defeat in his past four fights.

On the prelim portion of the card, Belal Muhammad managed to pull off one of the larger upsets all night when he earned a unanimous decision victory over Randy Brown. An overwhelming majority – 70 percent to be exact - picked Brown to win, but it was the 30 percent who saw value in Muhammad that scored big with fantasy points.

The remainder of the prelims saw a mix of favorites and underdogs getting wins on Saturday night.

Wilson Reis had to endure a tough fight with Ulka Sasaki to get a win after 86 percent of players picked him. The same could be said for Islam Makhachev, who put on a suffocating performance over UFC veteran Nik Lentz, with 60 percent of players selecting him going into the night.

As far as prelim upsets, Rick Glenn edged out Phillipe Nover with 47 percent of the players picking him and another 58 percent guessing correctly that he would get the nod by decision.

On the 10 fight card, only three underdogs came away victorious according to fantasy players, with seven favorites getting wins in the promotion's first card at Barclays Center in Brooklyn.