The defeat was brutal. At UFC 193 on Nov. 15, 2015, Rousey was pummeled by Holly Holm for six minutes – a total fight time lengthier than “Rowdy’s” five previous fights (all wins) combined.

That loss has seemingly eradicated four years of dominance in the minds of the masses. For the most part, Rousey has been treated like a shell of her former shelf. She has been scrutinized, questioned and doubted more in the last year than anyone in the game.

But Rousey still stands as the most dominant female bantamweight in the history of the UFC, amassing a record of 12-1. No woman has defended the women’s bantamweight title since Rousey. She has the most wins and the most finishes in the division’s history, and her 14-second stoppage against Cat Zingano remains the second fastest championship finish in UFC history.

It’s easy to forget what Rousey did during her historic run as champion, but it’s helpful to be reminded that she is still one of the pound-for-pound best fighters on the planet.

Rousey’s return to try and reclaim her title against Amanda Nunes at UFC 207 is the No. 1 reason to watch Friday night, only on Pay-Per-View.

2 – Nunes could be Rousey’s toughest challenge yet 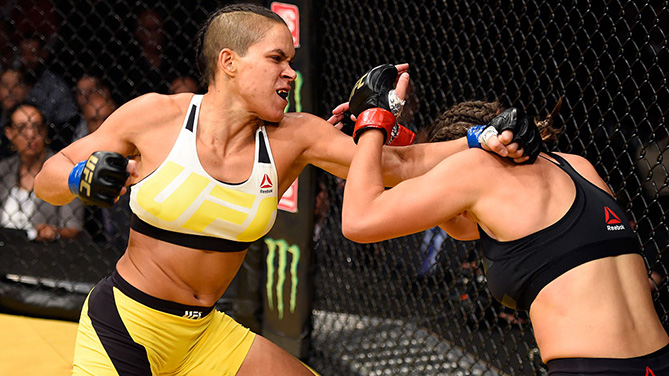 There are two schools of thought when it comes to the matchup of Nunes vs. Rousey: Either the champion will steamroll the challenger, as she did against Miesha Tate to win the title; or Rousey will weather the early storm and force Nunes, a fighter historically criticized for lack of cardio, into the later rounds to get the win.

But anything can happen in the UFC. Nunes is the real deal and there is no doubt about that. The champion has the longest current active win streak in the division (4), and her six wins overall tie her for most wins with Rousey in the division’s history.

Nunes prides herself on her power and aggression, but her ability to avoid damage is second to none. “The Lioness” only absorbs 1.93 significant strikes per minute, which is the lowest rate in the division.

Nunes’ wrestling, judo and striking present a serious challenge for Rousey, who is known for her ability to throw opponents around inside the Octagon.

Dominick Cruz, one of the pound-for-pound best fighters on the planet, defends his UFC bantamweight title against Cody Garbrandt in a can’t-miss co-main event.

Garbrandt is the young rising star who has quickly gone from prospect to contender in 2016. “No Love” has made a name for himself with his power and precision. He holds the fourth-best knockdown rate (2.38 knockdowns per 15 minutes) in the UFC, better than the KO king himself, Conor McGregor.

The young superstar is putting his punching power up against the mobile and evasive champion who has made a career out of embarrassing all challengers. Cruz has the most wins in UFC/WEC history (12) and is riding an incredible 12-fight win streak into his fourth UFC title defense.

Cruz has landed 776 significant strikes throughout his UFC/WEC career, which is good for third-most in bantamweight history. His 76-percent striking defense rate is the highest mark there is among active bantamweights. 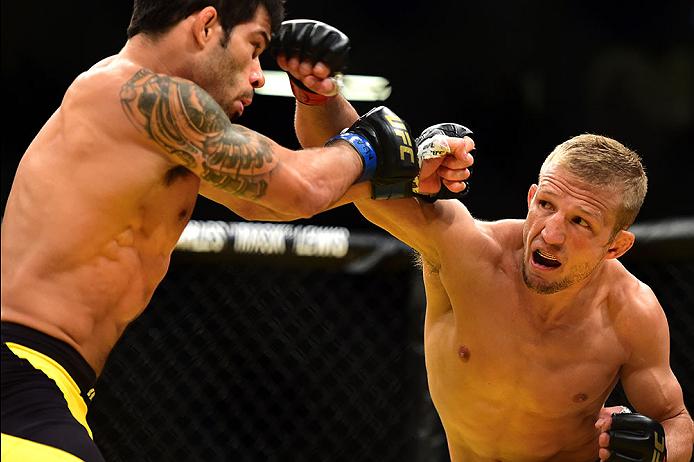 If it wasn’t Garbrandt in the No. 1 contender spot against Cruz, it would be former king TJ Dillashaw. The former champ took Cruz to the brink and lost a razor-close decision when they met a year ago.

Since then Dillashaw has added a win over No. 3-ranked Rafael Assuncao to his resume and now looks to pad his stats even more against No. 2-ranked John Lineker.

A win over Lineker would all but clear out the division by Dillashaw and secure a rematch with Cruz.

Lineker has everything to gain as well with a win over Dillashaw. The Brazilian has won 10 of his last 11, including six in a row and four straight since moving up to the bantamweight division.

It’s been a discouraging year for former welterweight champion Johny Hendricks. He’s suffered two losses and has declared that a third straight loss against Neil Magny at UFC 207 will mark the end of his career.

Magny had a three-fight win streak snapped last time out against Lorenz Larkin and is looking to use Hendricks’ name to get back into the conversation at 170 pounds.

Magny always comes to fight and the legendary punching power of Hendricks could be on display as he fights for his livelihood.