RONDA ROUSEY VS AMANDA NUNES
The best fights have the most questions, and there are an endless array of them heading into Friday’s main event. Where is Rousey’s head at? Is Nunes the real deal or just holding the belt for Ronda? Will Nunes’ aggression help or hurt her? Will Rousey go back to the armbars that got her to the big dance? Is this the start of a new reign for Rousey or the start of a new era for Nunes? See what I mean? And that’s just for starters. Suffice to say that the UFC 207 main event is a big one, though probably one that doesn’t have a chance of going the full five rounds, because these ladies are finishers.

Unbeaten Cody Garbrandt has all the confidence and talent in the world, and he can punch a bit too, but after 10 pro fights, we’ll find out in a hurry if he’s ready for Dominick Cruz. Cruz is one of the best fighters of this era, regardless of 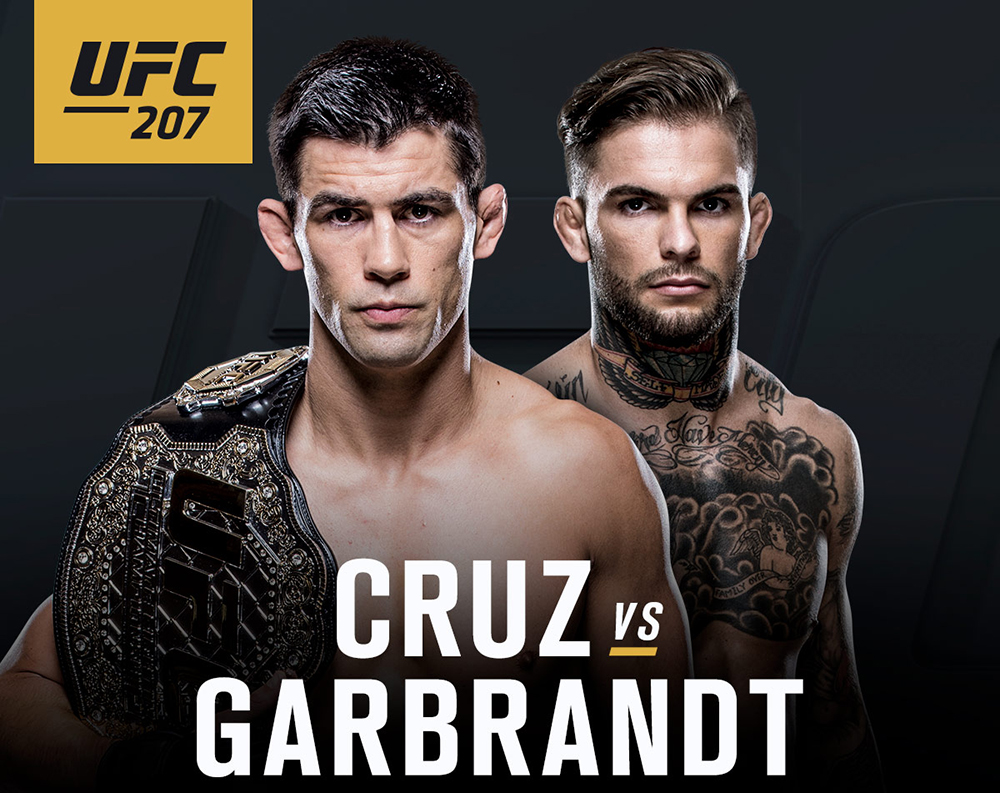 weight class, and stylistically, he can baffle foes, and if they do figure him out, it’s often too late. But Garbrandt believes he sees holes in the champion’s game, and he’s confident that he’ll be able to punch through those holes and leave Vegas with a belt in his luggage.

JOHN LINEKER VS TJ DILLASHAW
If held at gunpoint and forced to pick a Fight of the Night winner, this would be my pick. John Lineker has to go out of his way to be in a boring fight, and with the hammers he’s got for fists, one punch can change everything. On the other side of the Octagon, former bantamweight champion TJ Dillashaw has some of the best boxing in the sport, so pitting his precision against Lineker’s bombs makes this a fun fight. Plus, the stakes are high, as the winner has to be high up in the conversation to face the winner of Cruz-Garbrandt, making this an even more compelling fight.

DONG HYUN KIM VS TAREC SAFFIEDINE
Elevated to the main card after the Fabricio Werdum-Cain Velasquez bout was called off, the welterweight meeting between Dong Hyun Kim and Tarec Saffiedine is an intriguing one because we have the opportunity to possibly see the winner get some spotlight for himself and get some separation from the crowded pack of 170-pound contenders. And that’s been a long time coming for both competitors.

RAY BORG VS LOUIS SMOLKA
Back to that gun to the head thing, I could waffle and say this bout between Ray Borg and Louis Smolka is a pretty strong candidate for Fight of the Night, though Lineker vs. Dillashaw does have higher stakes. Then again, ask Smolka or Borg what this fight means to them and they might say it’s like a championship fight. At least that’s how these flyweight rising stars will fight on Friday, and they’ve got the dynamic skill sets to make it a must see.


NEIL MAGNY VS JOHNY HENDRICKS
Johny Hendricks has hit a bit of a skid since losing his UFC welterweight title, but how can you count him out of any fight given his body of work? Expect to see “Bigg Rigg” fighting like a man with his back against the wall, and with Neil Magny always bringing something exciting and interesting to the Octagon, whoever emerges from this one victorious will have walked through fire to get there.

MARVIN VETTORI VS ANTONIO CARLOS JUNIOR
Italy’s Marvin Vettori may be the best prospect to emerge from that country…ever. That can put the pressure on his shoulders in a hurry, but he was a smooth finisher in his UFC debut, and he should be just as confident heading into a competitive showdown with former TUF Brazil winner Antonio Carlos Junior, another one of the top up and comers at 185 pounds.

ALEX GARCIA VS MIKE PYLE
This welterweight matchup may not be getting as much attention as other fights on the UFC 207 card, but Alex Garcia is a free-swinging, aggressive battler and Mike Pyle is a veteran with so many tricks up his sleeve you can call him Houdini. This should be fun to watch while it lasts.

NIKO PRICE VS BRANDON THATCH
Fight fans have been waiting to see the 2013 version of Brandon Thatch for a long time, and after three consecutive losses, “Rukus” needs to bring him back to end 2016 with a bang against hungry and unbeaten newcomer Niko Price.

TIM MEANS VS ALEX OLIVEIRA
Tim Means has been showing the best form of his career as of late, and with Alex Oliveira always ready to throw down, the UFC FIGHT PASS Featured Bout of the evening will get the night off to a wild start to say the least. And if it doesn’t end in the first round, expect a 15-minute war to remember.