Saturday night’s UFC 204 co-main event between Vitor Belfort and Gegard Mousasi comes at a pivotal moment for the two fighters – one is focused on the present while the other is looking ahead to the future.

For Mousasi, the former Strikeforce champion and No. 9-ranked middleweight, this is a fight that’s been a long time coming. He has wanted to fight “legend” Belfort since 2009, when they were on schedule to battle at a catchweight in Affliction.

But this has nothing to do with the past for the Netherlands standout. Mousasi, 31, knows that to reach the promised land of a title fight, the road goes through Belfort.

With Father Time catching up to Belfort, 39, “The Phenom” knows it’s all about the here-and-now.

“People have been expecting (me to retire) for my past seven fights. It’s amazing how the media has this expectation,” said Belfort, the former UFC light heavyweight champion. “I don’t have a plan — my plan is to be here right now, fight the good fight and fight the best guys. I don’t want to take any easy fights.

“I think most of us think about the past or the future. Through my career I’ve learned something that’s so special and helped to guide my life: Just live in the moment. I’m living this moment.” 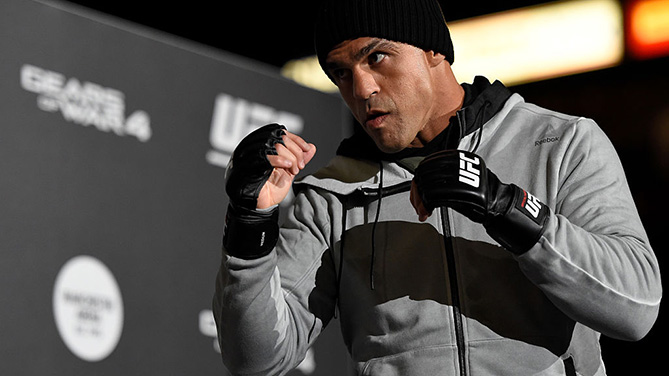 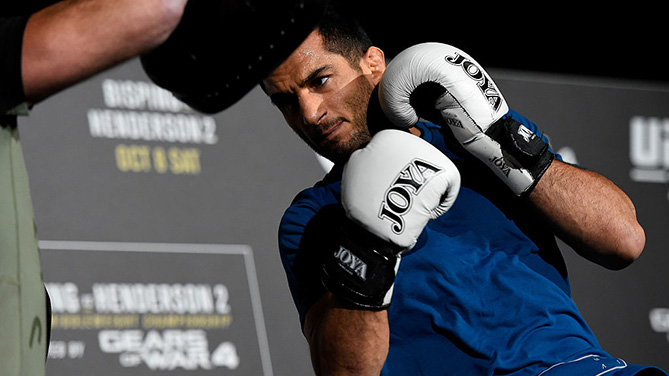 With the two fighters focused on different things, it makes their crossroads clash so intriguing. Both know that, in a crowded middleweight division, nothing less than a win is acceptable to reach whatever goal they have in place – be it big fights or a push towards the title. And with so many contenders set to square off in the coming weeks (former champion Chris Weidman vs Yoel Romero at UFC 205; former champ Luke Rockhold vs “Jacare” Souza a few weeks later in Australia), it may take more than a victory.

“I think (Vitor’s) not at his best but I think he’s adjusted from (past) losses,” Mousasi said. “The guys that he fought were wrestlers. With me, he knows I’m going to fight stand up.

“I hope to finish him in one or two rounds”

Belfort has his own view.