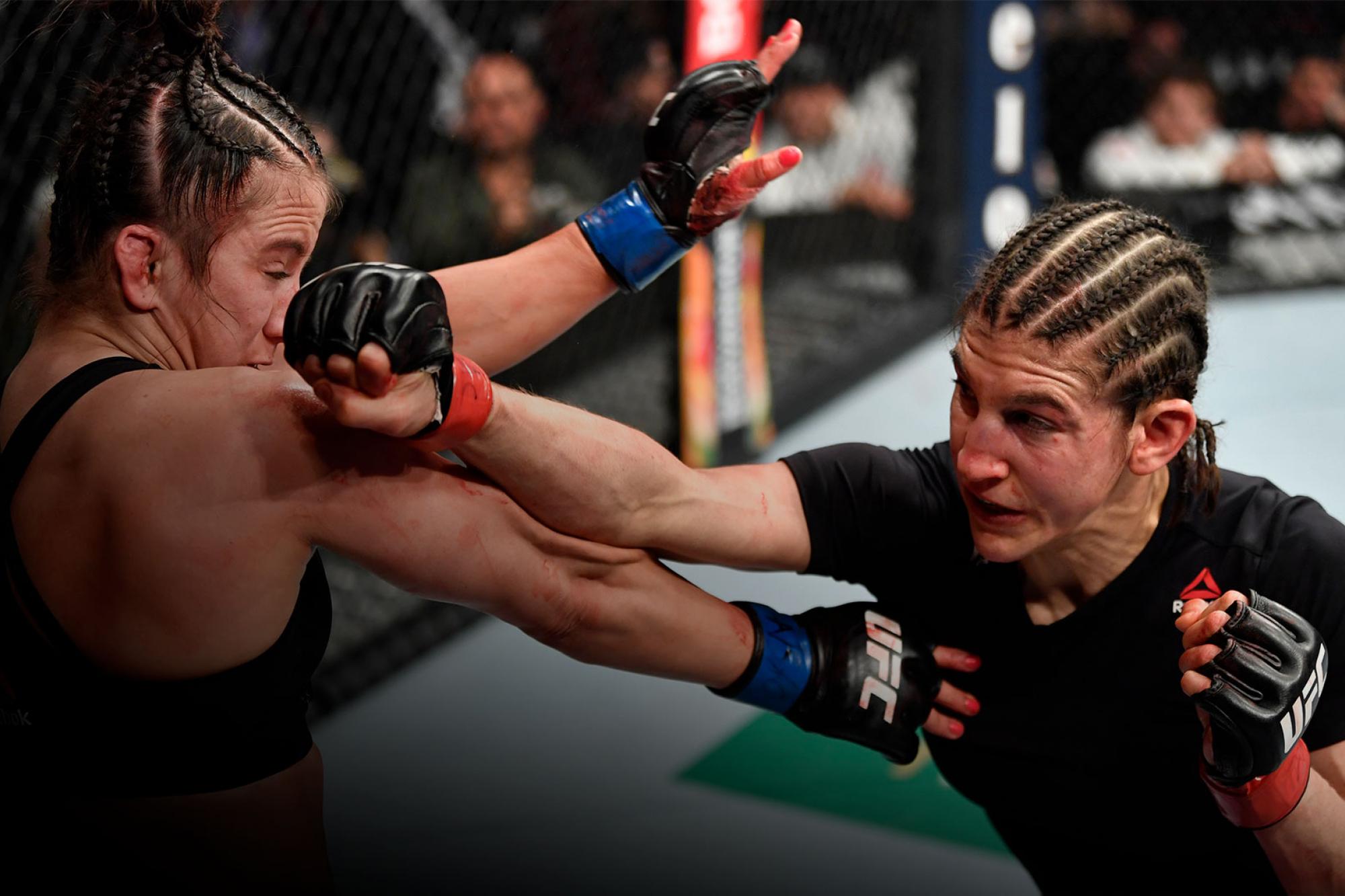 The highly unofficial UFC.com awards season continues with the biggest upsets of the first-half of 2020 and how we called them that night.

Welterweight newcomer Daniel Rodriguez made an immediate impact in his bout against veteran Tim Means, winning his debut via second-round submission.

Means opened the fight with a series of strikes followed by a takedown, but Rodriguez got to his feet quickly and then tried to get his own offense in gear. The fight settled into a competitive groove with both fighters having their moments, but at the horn, Rodriguez dropped Means with a left to the head and as the local favorite stood, he was on shaky legs.

Rodriguez kept the momentum going into round two as he landed several hard blows, but Means took the shots and kept throwing back. The striking battle was being won by Rodriguez, though, and after rocking Means again, he locked up a guillotine choke that forced the New Mexico product to tap out at 3:37 of the second stanza.

Making his UFC debut on less than a week’s notice, Justin Jaynes wasted no time making an impression in lightweight action, as he halted veteran Frank Camacho in less than a minute.

On the attack from the start, Las Vegas’ Jaynes went right after Camacho, and 30 seconds in, he scored a knockdown with a left hand. Camacho tried to recover, but the relentless attack of Jaynes was too much, with a final right hand bringing in referee Herb Dean to stop the fight 41 seconds into round one.

A week ago, Julian Erosa didn’t have a fight scheduled or a UFC roster spot. Tonight, he scored his first UFC win since 2015, as he submitted previously unbeaten Sean Woodson in the third round of a bout held at a catchweight of 150 pounds.

Not surprisingly, Woodson’s height and reach advantages were a tough puzzle to deal with in the first round, as the St. Louis native fired and landed effectively. At close range, Erosa was able to get in a few scoring shots, but not enough to deter Woodson. That changed in the second, as he pressured Woodson and had him on the defensive for large stretches. Woodson still landed the more effective blows as he tagged Erosa and marked his face up.

As the fight got closer, though, Woodson dropped Erosa early in the third, allowing him to get some breathing room. Erosa recovered quickly, though, and once standing, he marched after his foe, took a few more shots, but when he got Woodson’s neck, he had the upset secured, as Woodson tapped out to the D’Arce choke at 2:44 of the final frame.

Late notice replacement Khaos Williams made quite the impression in his UFC debut, as he knocked out Houston’s own Alex Morono in the first round.

The exchanges got underway immediately, and Morono got the worst of it as he ate a left hand that staggered him. Moments later, a right uppercut dropped the local favorite to the mat, with a final series of shots bringing in referee Kerry Hatley to stop the fight 27 seconds into the opening stanza.

Williams stepped in for the injured Dhiego Lima.

Modafferi landed a couple good right hands in the opening minute that led to a takedown, and the veteran went to work, keeping Barber grounded and doing just enough to keep the fight on the mat. Barber nearly caught her foe with a choke, but Modafferi escaped and got into the mount just before the end of the frame.

Modafferi put Barber on the deck with a jab early in round two and the fight was back on the mat, where the Colorado native grabbed her knee in pain. Ninety seconds in, Modafferi got into the mount and then cut Barber with an elbow, but “The Future” was able to scramble her way into the top position. Modafferi stayed busy from the bottom and reversed position, nearly locking in an arm triangle. Barber was poised under pressure as she looked for daylight, but it was another round in the books for “The Happy Warrior.”

Between rounds, the Octagonside physician examined Barber and told referee Jason Herzog that she had a partial ACL tear, but he cleared her to continue. It was evident, though, that each shot Modafferi landed was staggering her because Barber’s leg was compromised. In the second minute, the two were back on the mat. With three minutes left, Barber reversed position and assumed control, firing off elbows until Modafferi got free and was able to take over for the rest of the bout.