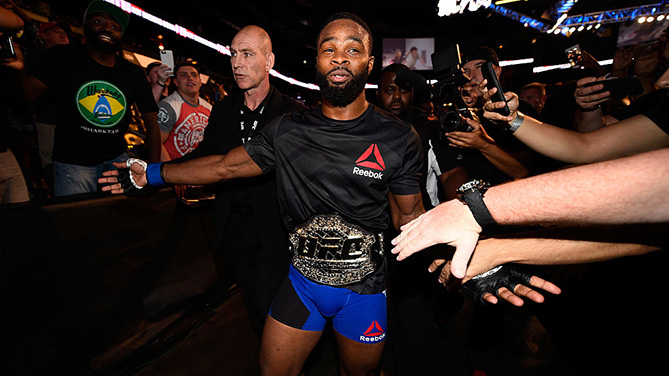 In the battle of top welterweights in the world, the nicknames gave it all away: The Chosen One reigns supreme.

Tyron Woodley made easy work of Robbie Lawler to lay claim to the UFC belt he has long coveted, an achievement made sweeter since he was a slight underdog before the fight. But ask Woodley and he’ll tell you he saw the moment happening hours before.

“I was just nervous that I wasn’t nervous” Woodley revealed about his thoughts before his fight. “Something just told me you have to enjoy this moment, you’ve been in this sport for 10 years and you’ve never enjoyed the moment. … I just felt confident to enjoy this moment, I knew I was going to be the world champion.”

The process to become world champion began hours earlier, when he went to Philips Arena to get the lay of the Octagon hours before anybody else would step in to fight.

“I just wanted to feel the moment,” Woodley said. “I want to walk in there and see the stands empty and I try as hard as I can make the Octagon and the stands empty when I go out there so I don’t have the pressure I don’t have the fans screaming. So when I walked out there I saw some celebrities and a couple of friends, but then I went tunnel vision blocking everybody out and I only heard (my coaches) Duke (Roofus) and Din Thomas.”

Now that he’s achieved this dream, Woodley wants to call the shots and get a big-money fight with Nick Diaz or Georges St-Pierre. But that’s for another day. Now he’s enjoying what he’s long visualized.

Here are more Talking Points after UFC 201 in Atlanta. 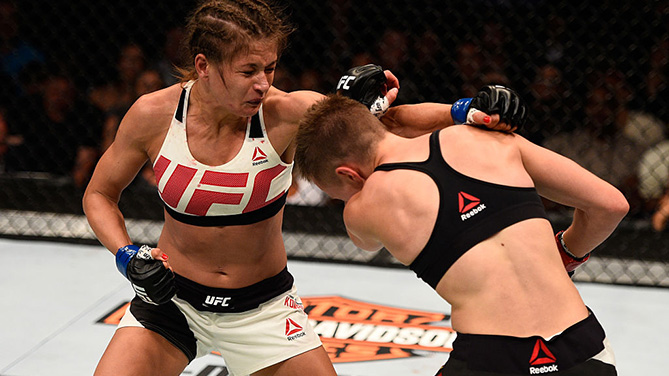 THE REMATCH IS COMING

Karolina Kowalkiewicz got the job done. Her UFC 201 battle against No. 3-ranked Rose Namajunas was billed as a title eliminator, and despite it being close, the decision went Kowalkiewicz way to extend her perfect professional record to 10-0 (3-0 in the UFC).

According to UFC spokesman Dave Sholler, it is “a very, very strong possibility” that her reward is a rematch with the last person to hand her a defeat: UFC Women’s Strawweight champion Joanna Jedrzejczyk. 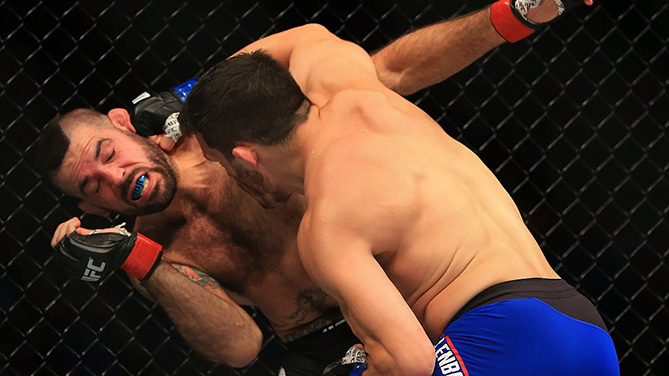 ELLENBERGER STILL HAS SOMETHING LEFT

Jake Ellenberger entered UFC 201 having lost five of his last six and looking to be on his way out of the sport after 41 professional fights. But he told UFC President Dana White he wasn’t done and wanted one more.

Yep, he’s still got something left in the tank.

Ellenberger dominated the No. 9 ranked welterweight Matt Brown, dropping him twice in the span of only a few minutes to earn the victory.

“I’ve had a lot of tough fights, and I’ve also had a lot of adversity as well,” Ellenberger said. "When they came to me with the Brown fight, I knew it was going to be a tough fight. He’s one of the toughest guys by far in the UFC, so everything had to be spot on.” 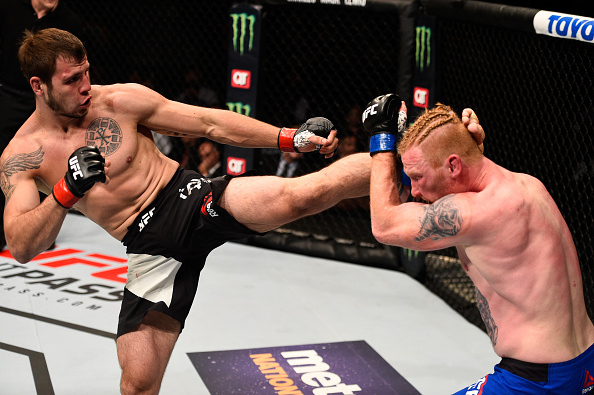 KRYLOV RACKING UP THE WINS

Light heavyweight Nikita Krylov had a slow start to his UFC career, going 1-2 in his first outings from Aug. 31, 2013 to March 15 2014. Since then, however, he’s been unstoppable – establishing the longest active UFC finish streak at five consecutive finishes including his UFC 201 win over Ed Herman.

The five-straight wins is also the second longest active UFC win streak in the division, only behind former champion Jon Jones’ 13 wins.

Tonight’s win likely will help the Ukranian fighter crack the Top 10 in the rankings, meaning the competition will get tougher and tougher from here on out. But as he proved with his walkoff KO win over Ed Herman, he’s got the power to keep his current streaks going.

Krylov puts it much simpler: “What I need to do is win whatever comes next.”