UFC 201 Fantasy Rewind: What you got right & wrong 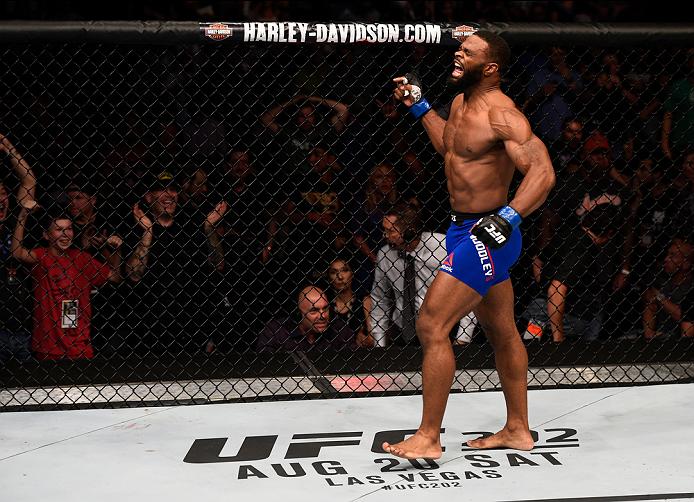 UFC 201 could have easily been titled “unpredictable” after a main card filled with upsets was capped off by Tyron Woodley's thunderous first-round knockout of Robbie Lawler to win the welterweight title.

Woodley hadn't fought in 18 months, but there was no ring rust on him as he came out with a picture perfect game plan to dismantle Lawler in dominant fashion.

It took Woodley just over two minutes into the first round to find an opening for one of his signature right hand bombs that landed flush on Lawler's jaw before he put a stop to the bout just a few seconds later. Woodley wins the title while also becoming the seventh new champion in 2016 with his victory over Lawler on Saturday night.

Woodley's win not only shook up the title picture at 170 pounds, but he also had a lot of fantasy players scrambling after only 17 percent picked him to beat Lawler at UFC 201. Out of the 17 percent who picked Woodley to win, 78 percent had him getting the victory by knockout, so that certainly proved to be a huge boost for those players as the final scores were tallied.
More from UFC 201: Results | Bonus Recap | Woodley KOs Lawler in one to take title | Kowalkiewicz, Ellenberger, Perez get key wins | Krylov, Hamilton hit big KO's in 201 prelims | Big KO, majority draw kicks off UFC 201 | Backstage interviews: Tyron Woodley, Karolina Kowalkiewicz, Jake Ellenberger, Erik Perez, Nikita Krylov, Anthony Hamilton, Wilson Reis | Watch it again! FIGHT PASS prelims on demand | Order UFC 201 replay

Karolina Kowalkiewicz pulled off an even more impressive upset according to the fantasy odds as she defeated Rose Namajunas by split decision to remain undefeated in the UFC and likely position herself for a shot at the strawweight title later this year.

Kowalkiewicz was selected by only 14 percent of players, with 75 percent of those who chose her to win believing she'd beat Namajunas by decision. Those odds certainly paid off for the players who picked Kowalkiewicz to win at UFC 201.

A third straight upset came in another welterweight feature bout as Jake Ellenberger pummeled Matt Brown with a first-round TKO after only 14 percent of fantasy players picked him to win. Ellenberger was one of the larger underdogs on the card, and out of the players who selected him, 49 percent had him winning by decision.
Think you know how the next fight card will play out? Play UFC Pick 'Em

Instead, Ellenberger became the only fighter in history to finish Brown by strikes and he did it in emphatic fashion.

Erik Perez kept the theme of the night going after he defeated Francisco Rivera by unanimous decision following three rounds of action with only 34 percent of players picking him to win. 62 percent of the players siding with Perez did believe he'd win by decision and that was yet another upset selection on the main card.

The only favorite to pull through out of the five fights on the Pay-Per-View card was Ryan Benoit, who defeated Fredy Serrano in a close decision after three rounds. 63 percent of players had Benoit getting the win with 59 percent picking him by decision.

On the prelims, Nikita Krylov was one of the bigger favorites going into the night with 77 percent of fantasy players selecting him to beat veteran competitor Ed Herman and he got the job done with a highlight reel head kick knockout in the second round. 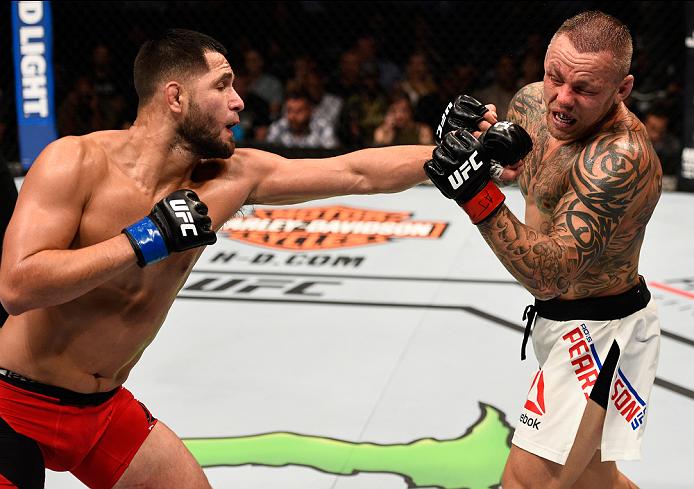 Jorge Masvidal was another favorite who got the win at UFC 201 after 66 percent of players picked him to beat Ross Pearson, and he earned the nod by decision after 15 minutes in the Octagon.

Wilson Reis was one of the biggest favorites on the preliminary card and he didn't disappoint as he made short work of late notice replacement Hector Sandoval on Saturday night. Reis was selected by a whopping 87 percent of players, and the No. 7-ranked bantamweight came through with a rousing performance as he submitted Sandoval in the first round.

Two more upsets did manage to keep things interesting at UFC 201 after Anthony Hamilton slammed home the second fastest knockout in heavyweight history with a 14-second finish over Damian Grabowski. Only 35 percent of players had Hamilton winning but 57 percent of those did pick him to finish the fight by knockout and he certainly proved them right.

The other upset came in the opening bout of the evening as Damien Brown pulled off a shocking knockout over Cesar Arzamendia in the opening round after only 29 percent of fantasy players picked him to win.

Overall, UFC 201 had a total of six upsets according to the selections from fantasy players, and it certainly made for an interesting night of fights in Atlanta.