As soon as Bruce Buffer announced Brock Lesnar as the unanimous decision winner over Mark Hunt in their UFC 200 co-main event, speculation began regarding the Octagon future of the former UFC heavyweight champion and current WWE superstar.

Will he continue to fight? Will he return to WWE full-time? Does he need to have a chat with WWE boss Vince McMahon about continuing to fight in MMA?

Lesnar ended the speculation -- sort of -- as soon as he met the media after the bout.

“Brock Lesnar does what Brock Lesnar wants to do,” said the big man, whose victory Saturday night came nearly five years after his last Octagon appearance in 2011. 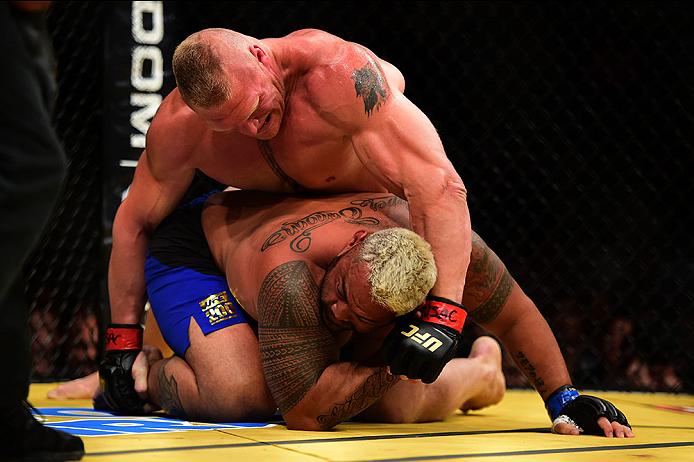 So what does Brock Lesnar want to do? He wouldn’t say. First, he’s got a WWE date at SummerSlam in August to face Randy Orton. From there, we’ll see.

“It's really way too soon,” he said, but it is nice to have options. If Lesnar would have returned and gotten blown out by “The Super Samoan,” a decision would have been pretty easy to make. But Lesnar didn’t get blown out and he didn’t lose. He beat a legitimate Top 10 contender with more than legitimate power.

“The mystery's gone,” Lesnar smiled. “I guess I can take a shot.”

More than that, he proved that with his athleticism and wrestling ability, he’s still – at age 38 – a handful for any heavyweight. Add in that he’s finally healthy after two bouts with diverticulitis that plagued his first UFC run, and any fight fan would like to see “The Beast” on a more regular basis.

Here are the rest of the UFC 200 Talking Points:

Prizefighting is a rough gig. Only in the fight game can a champion lose a main event on the week of the fight, get another opponent a day later, and then get booed for shutting that opponent out. But that’s what happened to UFC light heavyweight champ Daniel Cormier when he beat Anderson Silva.

Yet “DC” didn’t let the boos get to him as he wrestled his way to the win. It was what he needed to do.

“I can't really pay attention to that (the boos) anymore,” he said. “I can't dictate people's emotions. It would have been catastrophic if I lost tonight. So I did what I needed to do.”

What he did was win, and in the process, he can now move on from the most trying week of his career. As for possibly facing the man he was supposed to face this week, Jon Jones, Cormier doesn’t know if that will ever happen.

“I'm not gonna wait for him for two years,” Cormier said, referring to the possible suspension Jones is facing. So in the meantime, the champ will wait to see what happens in August’s bout between Anthony Johnson and Glover Teixeira.

“Tonight was just a challenge for myself,” Silva said. I've had ups and downs in this sport and I just wanted to come in and do what I love to do.” 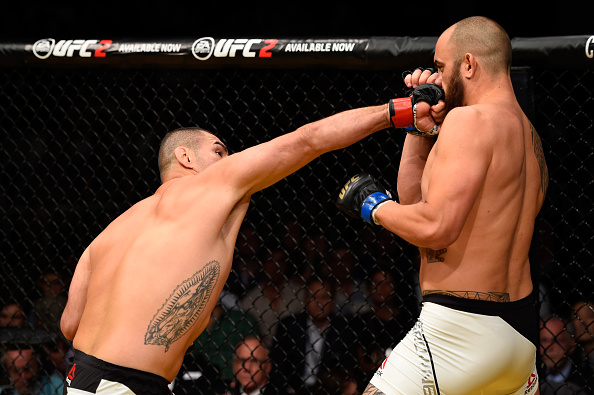 As much as everyone likes Cain Velasquez, if we’re being honest, he hasn’t looked like Cain Velasquez since his third fight against Junior Dos Santos, and that took place in October 2013. Nearly three years later, the two-time former heavyweight champion delivered one of his best performances yet in stopping Travis Browne, and the fact that he did it after his latest battle with injuries -- one that kept him from an early 2016 rematch with Fabricio Werdum -- makes it even more impressive.

So will he have to take another fight or two before he gets a shot at becoming a three-time world champion, or can he step right into a shot at the belt? Velasquez has a plan.

“I want the winner of Stipe (Miocic) and (Alistair) Overeem,” he said. “I want the best guys out there.”

It could have been a lost weekend for Brazilian fight fans, as several of the South American nation’s fistic favorites took to the Octagon in several pivotal bouts over three nights on International Fight Week.

To say it wasn’t pretty on Thursday and Friday would be an understatement, as losses by Dileno Lopes, Reginaldo Vieira, Thiago Tavares and Fernando Bruno were compounded by Rafael Dos Anjos’ loss of his lightweight title and Claudia Gadelha’s unsuccessful challenge for Joanna Jedrzejczyk’s strawweight crown.

And though Saturday got off to a rough start when Thiago Santos got stopped by Gegard Mousasi, by the end of the night, Brazil had an undisputed world champion (Amanda Nunes), an interim world champion (Jose Aldo) and a legend who won even more fans in defeat than most do in victory (Anderson Silva).

“I was sad about Rafael and Claudia, but I try not to put any pressure on myself with that, and coming in here I felt this really good energy,” said Aldo, who defeated Frankie Edgar for the interim featherweight belt. “I fight for myself and I had to go in there and put that into play and not think about Brazil not having any belts. And thankfully tonight we have two.”

As the old saying goes, “This is why they fight the fights.”

Amanda Nunes wasn’t expected to beat Miesha Tate and win the UFC women’s bantamweight title, but the Brazilian bomber not only did, but she did it in dominant fashion, ending Tate’s reign abruptly in the first round. And with that win, Nunes shakes up the 135-pound weight class once more, and brings the name of one Ronda Rousey back into the mix.

No, Rousey has not announced her return to the Octagon for the first time since November of 2015, but think about this: Rousey was awarded the title in December of 2012. That means she held the title for one month short of three years. In the eight months since her reign ended, three women have held the belt.

That means one of two things, and it’s either that parity has set in, or that Rousey really is as good as the world thought she was during her reign. I think it’s both. The division is more competitive than ever, and Rousey remains one of the top pound-for-pound fighters in the world, just one who had a bad night in Australia last year.

So if she comes back soon, should she get an immediate title shot? Absolutely. Her body of work warrants it. But if that return doesn’t come until 2017, who should be next for “The Lioness?” How about Julianna Pena, who is unbeaten in the UFC and who scored a huge win over Cat Zingano at UFC 200?

You don’t have to convince “The Venezuelan Vixen.”

“I don't know what else I have to do,” Pena said at the post-fight press conference. “I just beat the girl who beat the champion and the champion's opponent. I'm ready to fight for the title and I'm ready to go get what's mine.”