A countdown of the top 20 knockouts over the first 20 years of the UFC.

It’s been approximately 20 years since Gerard Gordeau landed a vicious right foot to the face of sumo wrestler Teila Tuli for the first TKO in UFC history. Since them, the organization has seen hundreds of spectacular knockouts. Here, we will count down the top 20 -- click each subtitle to watch the full fight free through 12/31.

At just 21 years old, Vitor “The Phenom” Belfort stood at 4-1 with his only loss coming to Hall of Famer Randy Couture before facing off against fellow Brazilian Wanderlei Silva. Belfort lived up to his nickname with this knockout. 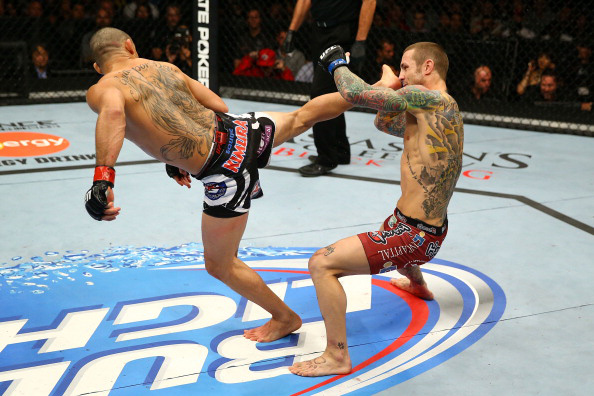 Wineland. Both men landed big blows through the first round, but Barao scored his seventh-career KO with this spinning-back kick early in the second round.

Talk about close? With just 36 seconds remaining in the first round, Yves Edwards barely dodged a Josh Thomson spinning-back fist before landing a flying head kick en route to his seventh straight win.

The knock on wrestler Rashad Evans before his bout with Sean Salmon was that he struggled to finish fights. Evans put that notion, and Salmon, to rest in this UFC Fight Night knockout.

In just his third UFC fight, BJ Penn continued to live up to his “Prodigy” moniker. The 22-year-old dodged a flying knee from Cao Uno to open the round, and then showed off his impressive power and hand speed to finish the fight.

Alistair Overeem entered the UFC in a blaze, defeating powerhouse Brock Lesnar in his debut. But bruiser Travis Browne wasn’t intimidated and used a well-rounded attack to stop the Dutch fighter at 4:08 of the first round.


14. Jackson and Silva complete the trilogy

After two legendary battles in PRIDE, Wanderlei Silva and Quinton "Rampage" Jackson came together in the UFC for the first time as hostile rivals. Silva won the first two fights, but at UFC 92, it was Jackson’s turn.

Coleman, the godfather of ground-and-pound, spent much of the 12-minute opening round brutalizing Williams from the top position on the mat. But Williams stormed out at the second-round bell and landed a kick to the head of a still-exhausted Coleman. 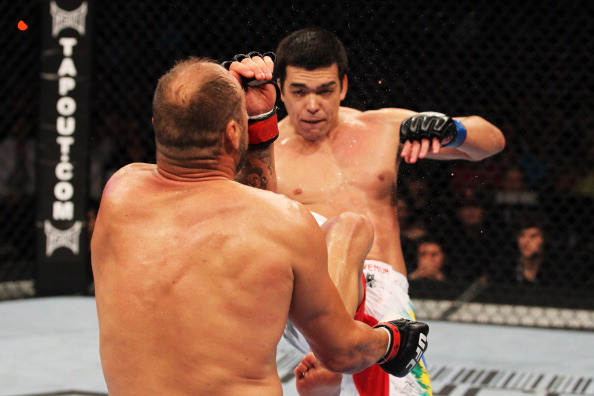 Following in the footsteps of his training partner, Anderson Silva, who finished Vitor Belfort via front kick a few months earlier, Lyoto Machida stopped UFC veteran Randy Couture with a devastating flying front kick in front of more than 55,000 people in Toronto.

The patient Evans landed a right-hand counter in the second round that not only could be heard in the rafters, but also helped usher in a new era of UFC fighters.

TUF season one alum Nate Quarry had only lost once in his career before facing then-Middleweight champion Rich Franklin. Franklin, fresh off his win over Evan Tanner, blitzed Quarry from the word “go” and finished his opponent with a highlight-reel knockout.

Mauricio “Shogun” Rua made one of the most emphatic statements in title fight history with his first round knockout of fellow Brazilian Lyoto Machida. 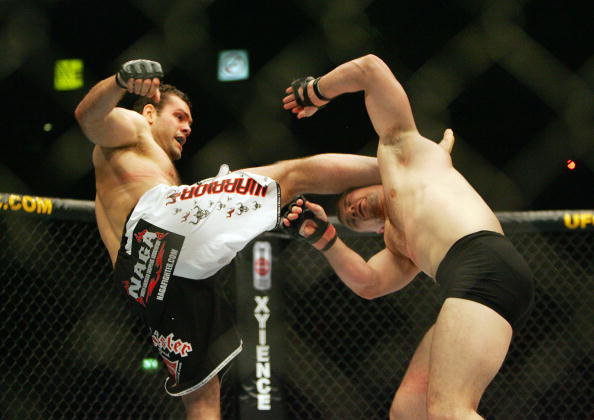 It’s rare to see a UFC knockout that doesn’t come from punches or kicks. Such was the case at UFC 34, where young gun Matt Hughes carried Carlos Newton across the Octagon for a stunning power slam.

Two years earlier, Randy Couture had dished out a beating for Liddell like he’d never experienced in the Octagon. This time, Liddell threw his patented right hand and landed it flush to Couture’s chin, dropping The Natural like a stone.

After headhunting for much of the second round, Dan Henderson finally caught Michael Bisping with a right hand in one of the most devastating knockouts on record, putting him out cold. To this day, Henderson says people thank him for the deed.


Mirko Cro Cop had ended more than his fair share of fights via head kick before taking the Octagon against Gabriel Gonzaga. Gonzaga, whose previous four fights had ended in finishes, turned the tables on the veteran with this vicious head kick.

Edson Barboza fought off takedown attempts all throughout the first two rounds. But with the fight coasting towards a decision midway through the third, Barboza whipped this perfectly executed, fight stopping, spinning wheel kick. 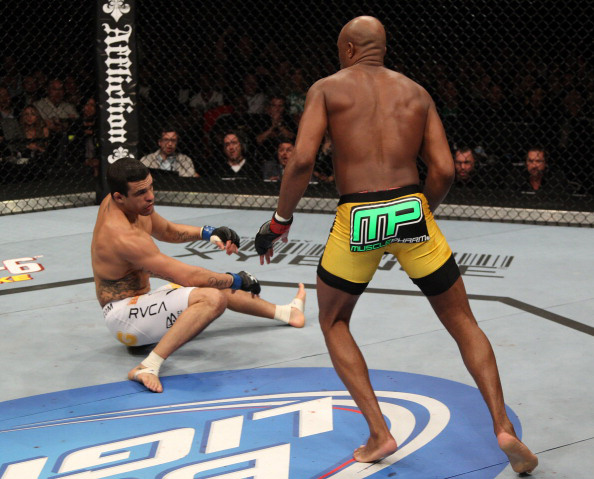 With Silva waving him on, and pretending to be hurt after a left grazed him, Chris Weidman hit him with another left. This one dropped him and dethroned the greatest fighter the game has known.

In a battle of strikers, Belfort and Silva circled one another for more than two minutes in a feeling out process. Finally, after some brief skirmishes—and with a bobbing Silva’s eyes fixed on the target—the champion snapped off this front kick heard around the world.