Legendary UFC Hall of Famer Royce Gracie looks back at 20 years of the UFC... 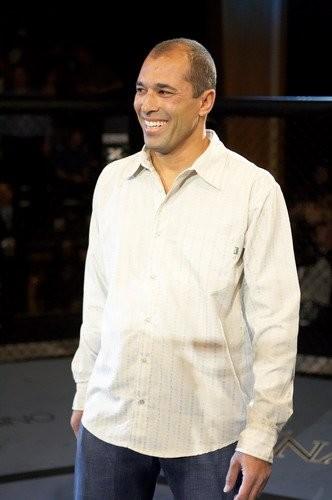 He is the man that started it all, winning three bouts in one night on November 12, 1993 to win the first UFC tournament and basically give birth to a new sport in the United States. 20 years later, Royce Gracie looks at the UFC’s past and present.

When you stepped into the Octagon for the first time in 1993, did you think the UFC would still be here 20 years later?
Oh yes. I was surprised that it wasn’t around when I first got to America. I knew it was going to be all over the world once America found out.

You had one of the great quotes in mixed martial arts history when you were coming back to face Matt Hughes in 2006. You said of the UFC, “This is my house; I built it.” How would you say that house is doing these days?
It’s looking better than ever. Now it became worldwide and it became a dream for the new generation and the young kids. In basketball, American football, or soccer, the kids grow up and say, one day I want to play for the NBA, I want to play for the NFL, or I want to play in Major League Soccer. And now, they also say, one day I want to be a UFC fighter. From six, seven years old, they’re already talking about that and planning their future.

You were picked to represent the Gracie family in the first UFC. What was that selection process like?
It was pretty much Rorion and my father’s decision. I was at the right weight at the right time, and I wasn’t too big or too small. I’m glad they gave me a chance. I was dying for the opportunity.

Did you feel a lot of pressure going in there, knowing that you were representing your family and jiu-jitsu as well?
At the same time that I knew there was pressure, they were also taking away the pressure by giving me enough confidence. That’s what Gracie Jiu-Jitsu gives to you – it gives you confidence. It’s like you’ve seen that movie before; it’s just about getting in there and doing it. They were telling me, “When you get in there, it’s just one man against another. It’s just you and him.” And there was no mystery in that. You’re not fighting five people; you’re fighting one guy only, so don’t worry about it.

What’s it like being such an influence on an entire generation of fighters?
It’s awesome, but it makes me feel old sometimes. I’ll see someone say “I’m fighting because of Royce Gracie. I saw him fight when I was a little kid,” and I’ll say “thanks a lot.” (Laughs)

Do you ever get the itch to come back and fight again?
No more fighting for me. You’ve got to know when to stop in this business. I’m done.

Who are the fighters you enjoy watching these days?
I like to watch the guys that know how to use strategy, not just the guys who go out there and duke it out. I follow the champions, and that’s why they’re the champions. They make the fight look easy, and we all know it’s not.

If you had to take one fight and put it in a time capsule to say “this is who Royce Gracie was,” what would it be?
Akebono. Or, hold on, Kimo. Hold on, Ken Shamrock. Ah, maybe Dan Severn. Or even Sakuraba. That’s why I’m in the history books. There were no small fights; they were all big fights and all big and tough opponents.

What do you think your father Helio would have thought of seeing the UFC hit its 20th anniversary?
Before he passed away, he was proud of what Rorion created in the UFC and what I represented for the family. He was very proud of what we achieved. He said bring this to America and the world will find out. And that’s what happened.