"I felt like I had a lot to prove, but I didn’t have a lot of time to do
it. I started fighting at 28 years old, which was extremely late, but I
really went for it." - Kenny Florian 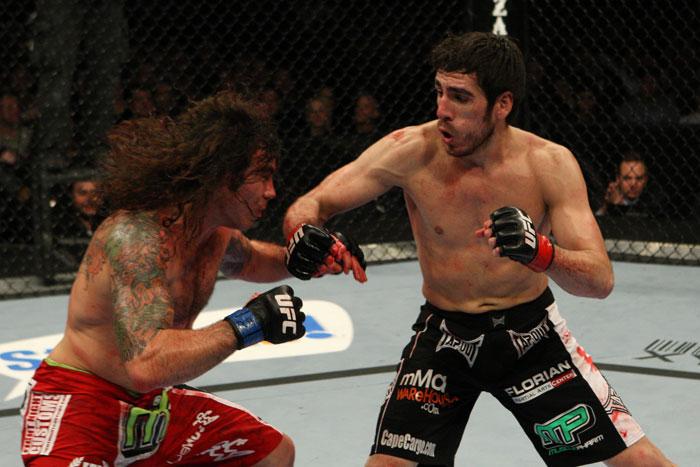 “Heading into that fight with Sean Sherk, it was kind of like I knew I was outgunned.” Kenny Florian laughs, recalling his first world title fight against “The Muscle Shark” at UFC 64 in October of 2006.

At the time, the UFC had just reintroduced the lightweight division into the organization, Sherk was a longtime contender at welterweight dropping down to 155 pounds, and Florian, a finalist on season one of The Ultimate Fighter at middleweight, had just one fight – a first round submission of Sam Stout – in the weight class.

Outgunned? Maybe. Undaunted? Most definitely, and he showed where his head was at as he walked into the Octagon dressed in samurai garb while Ennio Morricone’s “Ecstasy of Gold” blared through the speakers at the Mandalay Bay Events Center in Las Vegas.

“Here’s this guy who had a ton of experience, he was one of the top fighters in the world at 170 pounds, and here he is going down to 155,” said Florian of Sherk. “I’d only had one fight at 155, I was going against this monster, and I had this feeling of ‘I’m not sure if I’m gonna get out of this alive.’ (Laughs) It was just that mentality where I was going to give it everything I had and I was prepared to go out like a samurai. That was my mentality heading into that Sherk fight. I’ve always been enamored with the old Clint Eastwood westerns and so I got that song as my walkout song and I walked out as a ronin samurai. I always envisioned doing that at some point in my career if I had an opportunity to fight in the UFC.”

Just a few years earlier, that possibility wasn’t even a realistic one. A former soccer player with a degree from Boston College, Florian was the most unlikely of prizefighters, but after he caught UFC President Dana White’s eye in a losing effort to Drew Fickett in 2004, he was invited to compete on a new reality show called The Ultimate Fighter.

“I don’t think a lot of people expected much of me on The Ultimate Fighter,” he said. “Nobody looked at me and said ‘this kid’s gonna be something.’ I think they thought this kid might have been lucky to get on the show. (Laughs) And having that chip on my shoulder a little bit, I felt like I had a lot to prove, but I didn’t have a lot of time to do it. I started fighting at 28 years old, which was extremely late, but I really went for it.”

Florian made it to the TUF finals, losing to Diego Sanchez, but from that point on, fighting in the UFC wasn’t just an opportunity that he took hold of and achieved; it became his life’s work, something he didn’t really expect when he left for Vegas that first time to begin filming TUF.

“I didn’t believe that this thing was even gonna go to television, I really didn’t,” he laughs. “I said there’s no way this is gonna actually make it on a network. I had no idea what Spike TV was. It wasn’t until I got off the show that I realized I had the channel. It was one of those things where I had no idea what it was going to be like, and getting into the finals and all that stuff, it wasn’t until 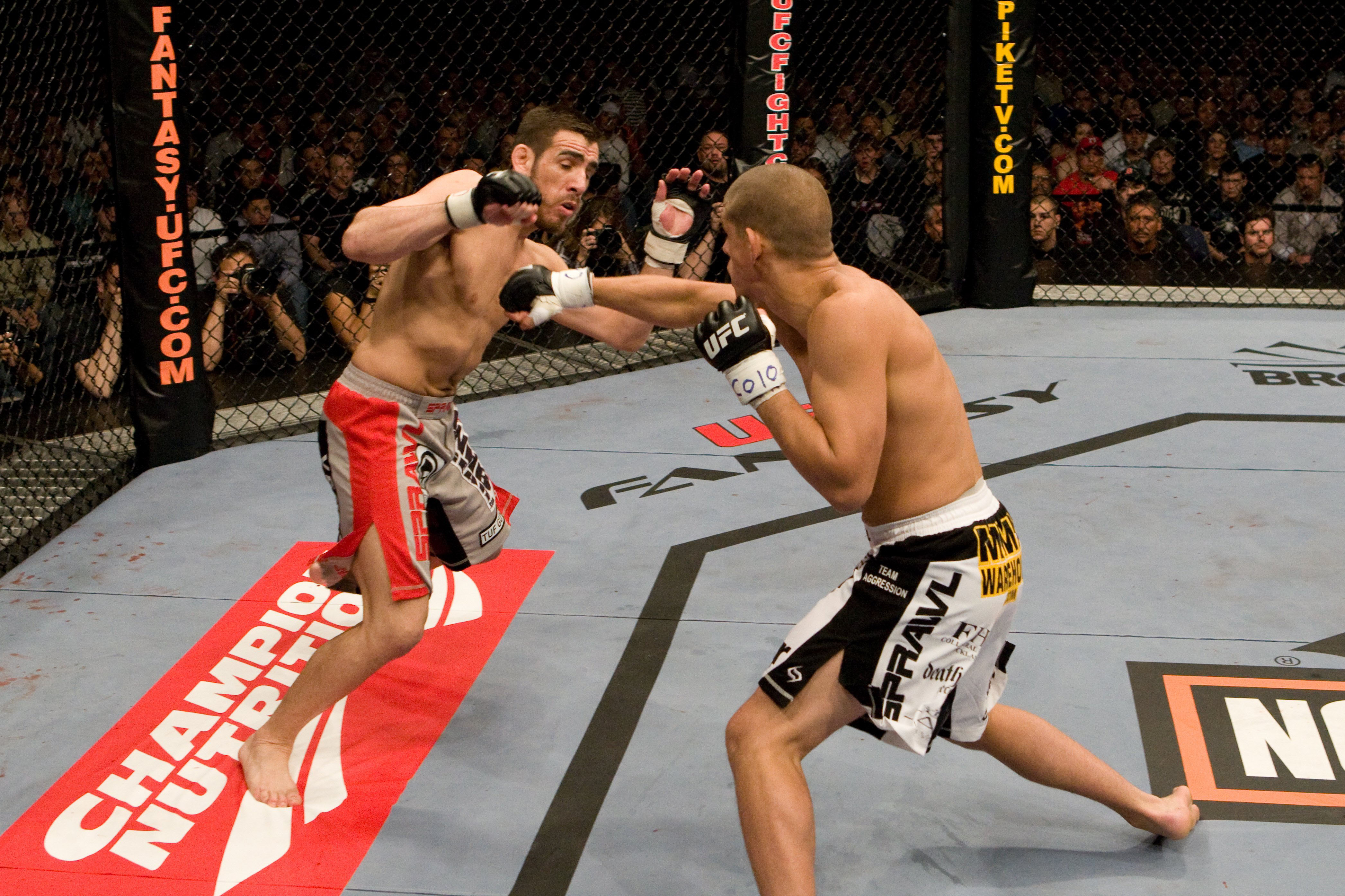 I lost to Diego Sanchez where I said ‘you know what, I really want to do this.’ I did The Ultimate Fighter as an experience and something to learn from, and it just drew me in more and more. I wanted to get better at it and be a part of this organization.”

He did more than that. He became a top contender in two weight classes, fought the best the game had to offer, and was an ambassador for the sport not just during his 2005-11 career, but to the present day as an expert analyst for FOX’ UFC telecasts. Not bad for a quiet kid from New England who got thrust into the spotlight from the moment he first set foot in the Octagon.

“The worst and best thing that could happen to me was losing in that Ultimate Fighter finale,” said Florian. “For me, that was the biggest event and I made it even bigger than it was and I really learned from that experience and I stopped thinking about how many people were watching and what was on the line because I had already done that. With each fight I found a way to relax a little bit more and be more calm. I was so lucky. I had the opportunity to fight on a main card in every single one of my fights. I’ve never been on a prelim, and that’s nuts. Very few fighters have had that opportunity, and I did, and I think losing in that Ultimate Fighter finale made everything else less of a big deal, and it really helped me relax and do my best when it came to competing.”

Owner of UFC wins over Stout, Din Thomas, Joe Lauzon, Roger Huerta, Joe Stevenson, Clay Guida, Takanori Gomi, and Diego Nunes over the course of his 16-6 career, Florian fell short in his title fights against Sherk, BJ Penn, and Jose Aldo, but along with Dan Henderson, he may always be remembered as one of the best to never hold championship gold. And when you look at his career as a whole, he did more than most, in and out of the Octagon.

“Every time I felt like I evolved and I always did my best to get better and improve, and I had the opportunity to face some of the best fighters in the world, guys that I really looked up to like BJ Penn and Takanori Gomi and Sean Sherk,” said Florian, who officially retired in 2012. “It was an unbelievable trip for me, and the goal, without a doubt, was to become a champion, and I tried a few times at that, but I definitely feel like I did a lot in a short amount of time, considering when I 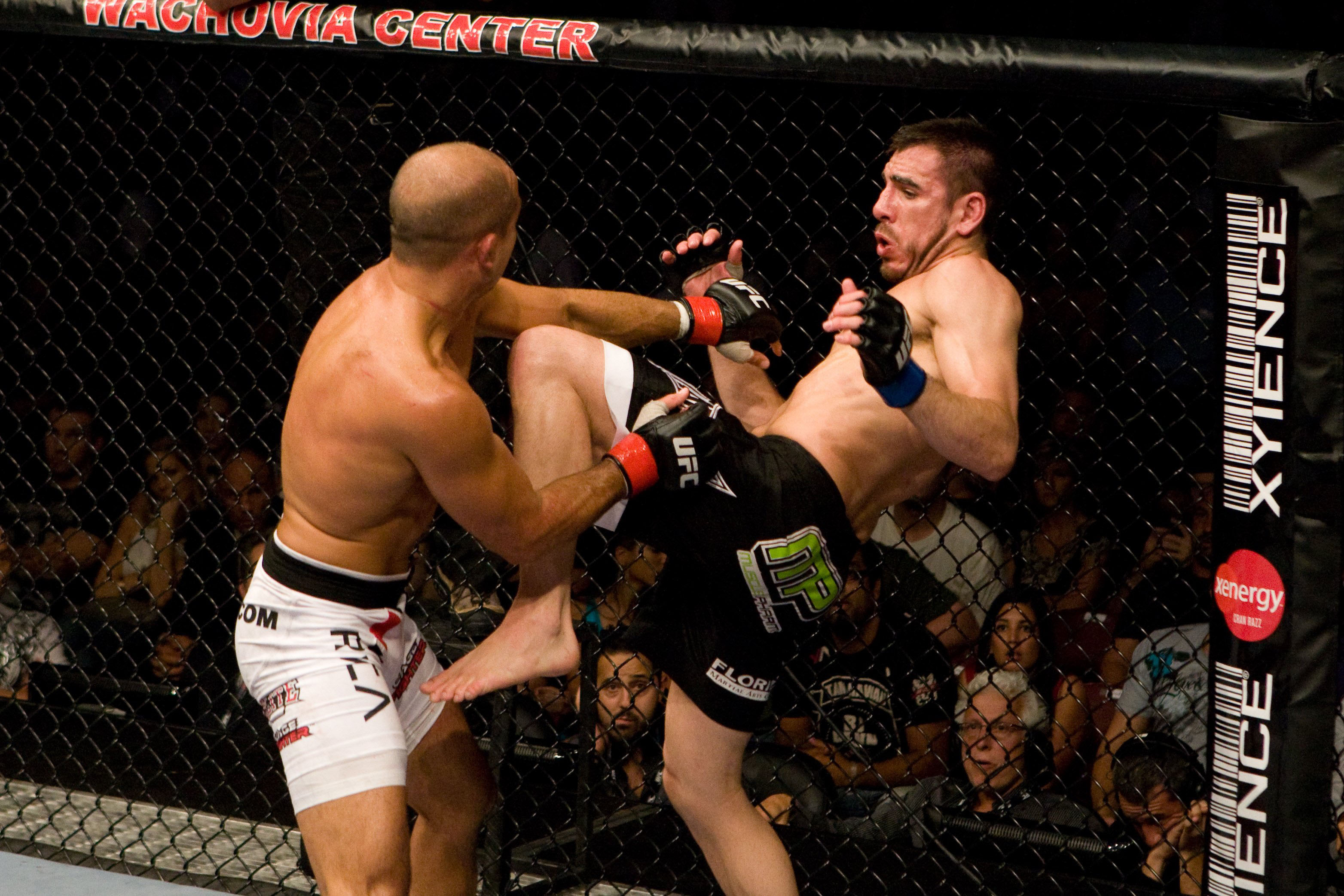 started. I really have no regrets. I did my best.”

And hey, when he left the sport as an active competitor, he made his mom very happy.

“I think there was a period for maybe two and a half years where my mom asked me every week, ‘so you’re sure you want to do this? When are you going to retire? When are you done with this?’” he laughs. “They (his parents) weren’t really happy that I was going to be fighting because they knew how much I put into it and how hard it was, and they obviously didn’t want to see me injured. My parents didn’t let me play ice hockey when I was a kid because they were afraid I was going to get injured, and here I was, fighting in a cage. (Laughs) So when I did finally retire, my mom started crying, she was so happy that finally I was done. But it was something I was obsessed with, and I had to do it for me. It was something I felt I really needed and it helped me as a person and as an athlete a tremendous amount.”

ONE FOR THE TIME CAPSULE

So if Florian had to choose one fight to say this was who I was and what I was about, he says it was his December 2009 win over Clay Guida at UFC 107 in Memphis.

“I was coming off a loss to BJ Penn, I had to work my way back into that division, and they put me against Clay Guida, a guy who, on paper, I really didn’t match up very well against because he was a wrestler,” said Florian. “He ended up getting on top of me in the first round, was able to cut me a little bit, and I was able to come back and score with an elbow of my own and I came back to get a win. I was able to show that I was well-rounded. I fought off my back, I was able to knock him down and almost knock him out, and then I was able to get the submission. I showed that I was a true mixed martial artist at that point and that I could come back from adversity.”